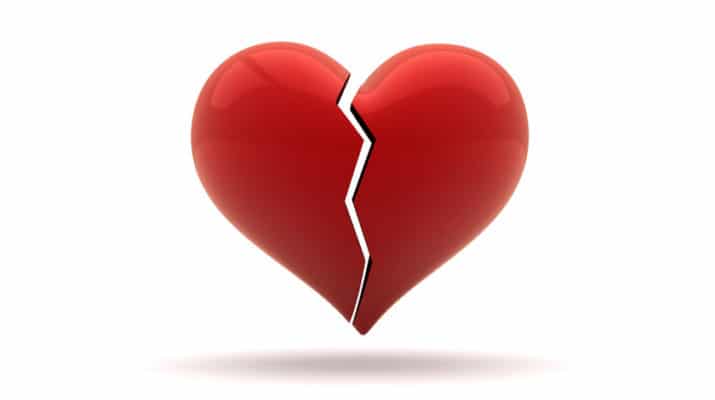 February is American Heart Month and a good time to consider your heart health, both physical and emotional.

Traumatic life events, stress and grief can affect the human body in so many ways — such as sleep problems, fatigue, inflammation and weakened immunity — but in extreme instances of physical or emotional stress, our hearts can temporarily “break.”

Together, takotsubo means octopus trap in Japanese and was coined to describe the shape of the heart’s left ventricle when present with the condition. Although not fully understood, some experts think the flood of hormones produced during a stressful situation, is what affects the heart. It can happen when people or pets die, during medical treatments, after a job loss or other overwhelming stressors.

Mohan Madhusudanan is a cardiology specialist at Trinity Medical WNY in Buffalo who has treated a handful of patients with broken heart syndrome.

“One of my patients was very close with her sister and the sister passed away. She came in with shortness of breath and chest pain, and I thought she was having a heart attack. We did everything for her and found no blockages. That’s when we realized this could be broken heart syndrome,” Madhusudanan said.

When someone’s heart “breaks,” the left ventricle, which is the heart’s main pumping chamber, weakens or balloons and stresses the heart. It’s a condition that is usually temporary and complications mimic those of a heart attack (without any clogging of the arteries), causing chest pain and shortness of breath.

“Patients may have low heart function and it may not be normal. They may be in heart failure, so we tend to provide the treatment based on what’s needed at that time,” Madhusudanan said. “It’s something you can easily miss if you’re not paying attention. In medical literature, we say this is a diagnosis exclusion: You have to exclude other findings before you can say it’s broken heart syndrome,” Madhusudanan said.

“A lot more research needs to happen. It’s very hard to diagnose. If you take all the people who present with heart attack symptoms, only 1% to 2% have it and you can easily miss it if you don’t pay attention or follow up,” Madhusudanan said.

The New England Journal of Medicine published a study in 2015 in which 1,750 patients with takotsubo cardiomyopathy were studied. Of those patients, 89.8% were women at an average age of 66. Physical triggers were more common than emotional triggers.

“It predominately affects elderly women and is often preceded by an emotional or physical trigger, but the condition has also been reported with no evident trigger,” the study stated.

There are certain exams and tests to rule out a heart attack and determine if someone has broken heart syndrome: an electrocardiogram, which measures the heart’s electrical activity; an echocardiogram, which produces an image of the heart; and a coronary angiogram, which gives doctors a detailed look at patients’ blood vessels.

Because symptoms do mimic that of a heart attack, if you suspect you have broken heart syndrome, you should call 911.