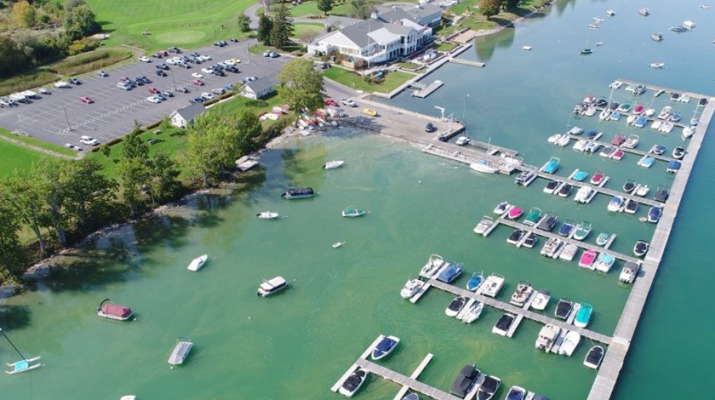 While warmer weather is usually more than welcome in Upstate New York, the higher temperatures this summer and fall brought with them harmful algal blooms. The abundance of these overgrowths of algae this year closed beaches for swimming and lakes for fishing because of the health risks they pose to humans and animals.

There were more than 150 reported cases across the state this year, according to the New York State Department of Environmental Conservation. Some suggest with increasingly warmer global temperatures, this issue could become part of the norm and become a recurring issue.

“This year, everybody has seen blooms,” said Lisa Letteney, director of environmental health with the Onondaga County Health Department. “If you look on the DEC website, there are about 60 lakes and water bodies that are listed as having algae blooms. So, it’s definitely a special year.”

Letteney says several conditions were present this year to make for the perfect brew of blue-green algae growth. Heavy amounts of rain in the spring washed a lot of runoff into the water, which provided the nutrients algae need. The other contributing factor was the sustained hot temperatures throughout the summer and into the fall.

Algae itself is not inherently dangerous. In fact, according to the DEC, most algae is harmless. But some blooms can produce toxins that can sicken humans and animals.

“Blue-green algae can cause a number of different things,” Letteney said. “Some are very sensitive to it. They can have eye irritation, skin irritation. It can cause gastrointestinal issues like diarrhea and vomiting. And there are some longer-term issues that aren’t fully investigated at this point in terms of liver toxins.”

Blue-green algae can be easy to spot since it discolors the water, typically turning it green — although it can come in a variety of colors, from purple to red. To be certain which blooms are toxic, a sample must be taken and tested. That’s why Letteney says the best way to take care of yourself when it comes to harmful algal blooms is to avoid swimming or fishing in water where blooms are seen. If you come into contact with the water, rinse off. If you ingest it, though, Letteney recommends seeing a health care provider.

Unfortunately, it wasn’t that easy for some residents of Onondaga County this year. Algal blooms containing elevated levels of toxin were found on Skaneateles Lake, a source of drinking water for several municipalities, including Syracuse. Government and health officials scrambled to warn the public and monitor the effects.

Letteney said the tests consistently showed low levels of toxins in Skaneateles Lake, and nothing of significance beyond that.

“At no point was there anything in the water that reached anybody’s faucet,” Letteney said.

Still, Onondaga County wasn’t the only government wrangling with algal blooms in the source of their drinking water in Central New York. Auburn officials in Cayuga County have fought recurring blooms in Owasco Lake for years. The state invested $2 million in the budget this year to buy charcoal systems that filter out those toxins, considered a short-term fix. A larger, more expensive long-term project recently got the last signature it needed to build out the floodplain around Owasco Lake with basins and plants that can naturally remove the toxins.

Sen. Charles Schumer (D-NY) helped Auburn secure the permit they needed for the project to move forward. But he says it’s not enough. The Democratic senator blames the rise in toxic algae across Upstate New York in recent years on nitrogen pollution from old wastewater systems and climate change that is causing more spring rainfall and warmer temperatures.

Schumer supports a bill in Congress that would provide funding for the study of algal blooms and the nutrients supporting them. He says it could make the effort to combat blooms more effective. Without any action, Schumer says more New Yorkers could find their drinking water and local economies in danger.