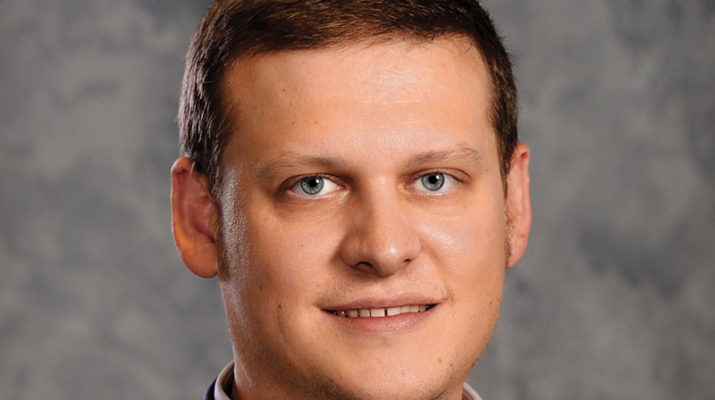 As a state and nationally recognized leader in stroke care, Crouse Health has partnered with Viz.ai to bring the first FDA-cleared computer-aided triage system to Upstate New York.

Viz.ai is an international firm dedicated to using applied artificial intelligence software in healthcare to reduce time to treatment and improve patient outcomes.

Stroke is the fifth leading cause of death in the United States, as well as a major cause of permanent disability. The key to effective diagnosis and treatment is reducing the length of time between onset of symptoms and medical intervention.

“Crouse Neurosciences continues its commitment to bring the latest and most advanced innovations to our region to benefit patients suffering an acute stroke,” said physician Seth Kronenberg, Crouse’s chief operating officer and chief medical officer. “We are proud to bring transformational technologies, such as Viz.ai, to Central New York.”

Crouse is now one of 400 hospitals using the Viz.ai product nationwide and one of just four in New York state using the sophisticated applied artificial intelligence-based technology to help facilitate early access to the most advanced stroke care. The others using the Viz.ai product in the state are Kaleida Health in Buffalo; Mount Sinai Health System and Montefiore Medical Center, the University Hospital for Albert Einstein College of Medicine, both in New York City; and South Nassau Communities Hospital in Oceanside.

Crouse Health recently earned the distinction of being the first hospital in the region to receive dual certification as a comprehensive stroke center, reflecting the highest level of regional expertise for the treatment of serious stroke events. The certifications, from DNV Healthcare and the New York State Department of Health, affirm Crouse’s consistent record of providing rapid, life-saving treatment for the most complex stroke cases.

“Viz.ai’s applied artificial intelligence solutions are being developed by the world’s top stroke clinicians and technical experts,” said physician David Padalino, medical director for neurovascular surgery. “Their solutions have the potential to truly transform the way that we deliver stroke care to our community which we believe will result in improved outcomes for our patients.”

When a patient is transported to the Crouse emergency room with a suspected stroke, CT scans are immediately taken to aid in an accurate diagnosis. The cloud-based Viz.ai software analyzes the images automatically to detect a large vessel occlusion (LVO) stroke and then securely transmits those images to the entire Crouse stroke team in real time.

“In most hospitals, the CT scan process typically takes 30 to 60 minutes,” according to Crouse Neuroscience Institute Clinical Director Jameson Crumb. “This software cuts that timeframe in half, allowing us to move that patient toward the best individualized treatment plan much quicker and in a more synchronized fashion.”

Public health campaigns have been communicating for years that “time is brain.” When a stroke occurs, the flow of oxygen-rich blood to a portion of the brain is blocked. The average patient loses nearly two million brain cells for each minute a stroke is untreated. According to Padalino, this deterioration is what contributes to disability or death. However, if the stroke is identified early, there are several medical treatments and interventions that are available to help slow or even halt this process and allow the stressed brain to recover. Better outcomes have been shown to correlate with how quickly these treatments can be initiated, and every minute counts.