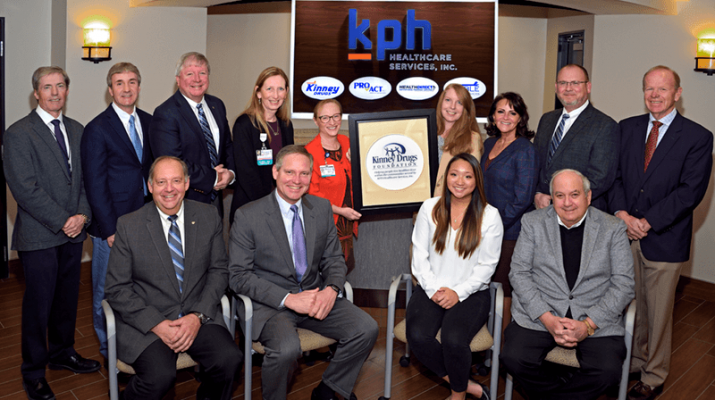 Kinney Drugs Foundation has announced a $250,000 pledge to the Crouse Health Foundation’s CrouseCares Campaign in support of the renovation and expansion of the Baker Regional Neonatal Intensive Care Unit (NICU) at Crouse Health.

“The mission of Kinney Drugs is to help people live healthier lives through health and wellness initiatives,” said Dave McClure, president of the Kinney Drugs Foundation. “This pledge will enhance care in an expanded and modernized NICU, giving the region’s critically ill and premature infants a fighting chance at a bright and healthy future.”

In 2018, Crouse Health announced plans to expand its Regional NICU to provide more space for parents to bond with their fragile newborns and for state-of-the-art equipment for monitoring and treating critically ill infants.

A team of nationally recognized neonatologists, nurses and pediatric specialists from the Crouse NICU annually care for more than 1,000 babies from 14 counties across Upstate New York. With this commitment from the Kinney Drugs Foundation, the Crouse Health Foundation has now raised $1.8 million to support the expansion project.

The Kinney Drugs Foundation has been a generous supporter of Crouse Health,” said Carrie Berse, president of the Crouse Health Foundation. “This recent gift is their largest commitment to Crouse, underscoring the life-saving importance for babies who need treatment in the Baker Regional NICU.”

The renovation and expansion of the NICU is a priority project of the CrouseCares Comprehensive Campaign, which has surpassed $16 million in donations to support capital projects and initiatives at Crouse.

For more information on the renovation plans or to make a contribution, call Director of Philanthropy Jeffry Comanici at 315-470-7054 or visit www.crouse.org/littlefighters.