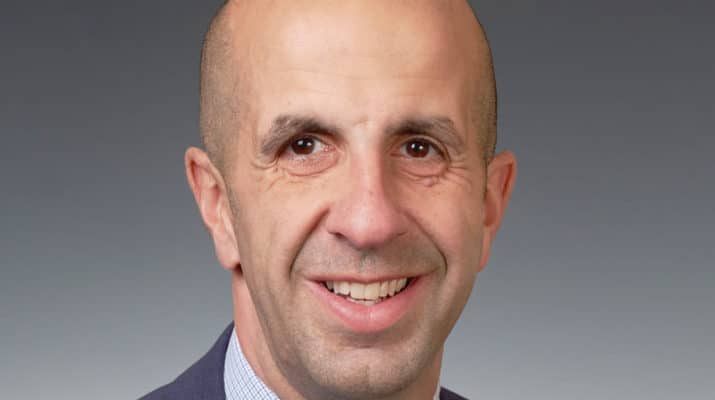 He succeeds retiring physician Howard Williams, who served in that position for a decade.

DeRosalia, who also serves as chief of the urology service at St. Joseph’s Hospital, has been with the practice since it was formed in 2008. In the last 10 years, he has contributed to pioneering minimally invasive treatments that have placed A.M.P. at the forefront of innovation, according to a news release. He has always embraced surrounding himself with a team of innovative, compassionate members and strives to continue this approach. He has been described as level-headed, calm and forward – thinking, someone who does his best to elevate the team at A.M.P..

He received a Bachelor of Science degree from Cornell University followed by his medical degree from SUNY Stony Brook. He then completed his surgical and urological training at SUNY Downstate Medical Center, affiliated with Memorial Sloan-Kettering Cancer Center.

He is a recipient of numerous awards and the author of several publications. DeRosalia has made presentations at multiple national annual American Urological Association meetings as well as the New York Academy of Medicine.

He will continue to see his patients at the A.M.P. North Medical location in Liverpool. For a complete bio please go to our website at: https://www.A.M.P.ofny.com/urologists/angelo-r-derosalia-md/