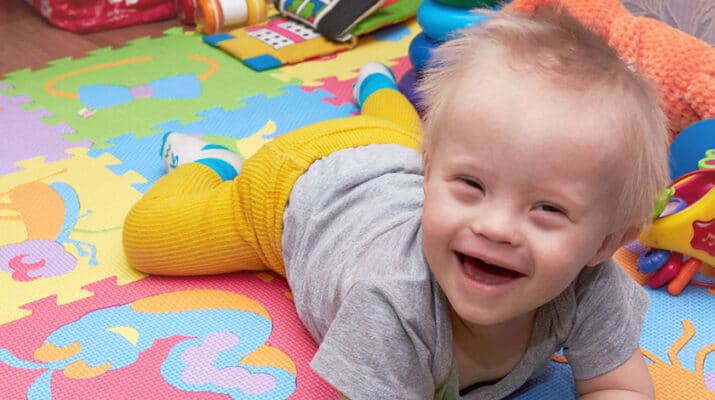 When schools faced mandatory shut-downs last spring because of the pandemic, education shifted to virtual modes.

For children 3 years of age and younger who needed early intervention for their special needs, meeting therapists through Zoom or Facetime has provided an alternative once it was approved for reimbursement.

“It has been a learning experience for everyone; we couldn’t go to our playbook for the last time we had a global pandemic,” said Betsy Primo, program coordinator of early intervention and preschool children with special needs with the Office of Healthy Families Early Intervention Program in Syracuse.

When teaching over Zoom, therapists can’t use their own equipment. It’s also tougher to relate to small children through a screen.

It’s also challenging to ensure families have access. Some families lack high-speed internet access. Others must juggle all their newfound computing needs among several family members, such as parents working at home and trying to educate older children at home.

Primo said her agency has worked with families to acquire the equipment and internet connection they need. Some refused at first, thinking that the virus would quickly pass.

Not receiving needed early intervention can negatively affect children, according to Primo and other experts.

“The negative impact is hard to put a number on or a figure on because we don’t know,” Primo said “Ages birth through 3 are the most important years in a child’s development. With early intervention, they’re more ready for kindergarten and more likely to be reading at grade level by grade 3, which increases graduation rates and decreases incarceration rates. Every second they produce more than a million neural connections and those connections are the strong foundation for them to grow up and be healthy, successful adults.”

In addition to hampering the children’s short-term and possibly long-term development, delaying therapy costs more. It has been estimated that $7 to $12 is saved per $1 spent on early intervention done by age 3. Waiting costs the education system more money. In addition, early intervention sets up children who need it to be better learners.

Like many others, Little Lukes Preschool & Childcare Center planned in August to soon begin hybrid sessions — some in-person and some remote — but the regulations allow services to be delivered in a site with safeguards in places. Normally, they would meet with a family in the child’s home.

“The response from our families and our therapists have been amazingly positive with what the children are able to accomplish,” said Abby Weaver, director of operations and marketing at Little Lukes, Preschool & Childcare Center, which has various locations in Central and Northern New York.

Since early intervention is family-oriented, telehealth has aided in generating more family involvement.

“We can spend an hour a week with that child, but the family is with the child all the time,” Weaver said. “The goals allow us to help the child and give strategies for every day.”

Little Lukes therapists have helped deliver therapy by using whatever the parents have at home, such as having children walk on couch cushions on the floor as part of physical therapy. They try to develop activities and exercises that use common household items.

It may seem like it’s OK to simply put off intervention services; however, Weaver said that’s not a good idea.

Bridget Pritchard, speech pathologist with Little Lukes, said that some families did not think that telehealth was serving their children as well as in-person services; however, with some coaching, they’ve seen improvement.

“The biggest thing to remember is we are so lucky that we can have a way to provide services to family at this time,” Pritchard said.

Some families have chosen to opt out and the organization still follows up to see if they would like to try again.

“The ones that dropped out, it’s due to scheduling issues,” Pritchard said.

Overall, she’s been surprised as to how well it’s gone.

“I’m hoping we can keep telehealth around because I’ve thought of times it would be useful,” Pritchard said. “I was out of work for six weeks from ankle surgery once and could have done telehealth. So many things have symptoms similar so if we have any symptoms, we can do a session via telehealth.

“We’ve had times where the family can’t have us in the home because a sibling is ill, but we could do a session via telehealth. Some service is better than no service.”

Except for an occasional child who can’t offer the usual hug, the children seem to accept telehealth.