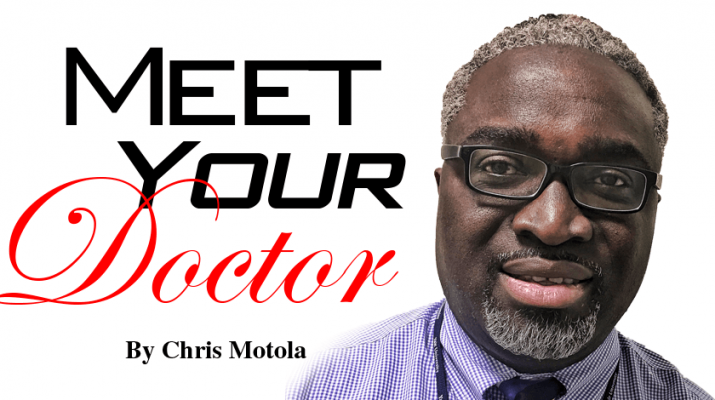 Q: You’ve been doing a lot of work with addiction in the CNY community. How did it become a focus within your practice?

A: Two major reasons. I went to school at SUNY Upstate Medical University. I did my postgraduate training in psychiatry at Upstate, so during that time I had a lot of exposure to people who were suffering from addiction. I developed a lot of passion for this very critical under-served and often stigmatized community. Also, I have some background interest in addiction because I lost a first cousin of mine who had an alcohol addiction. He died from complications of that addiction. So, I felt I should channel that to help people suffering from that disease.

Q: What is addiction from a medical perspective?

A: Addiction is basically a brain disease. In the past, before we better understood the neuroscience of addiction, we treated it as some sort of failure or shortcoming. What research has shown over the years is that it’s a brain disease with a lot of components. There’s a biological component. A genetic component. There’s a psychological component to it. There’s a behavioral component to it. They all come together to greatly affect a patient’s ability to function. So it is actually by some definitions “a compulsive use of a substance or drug despite suffering repeated harm.” So the life of people suffering from addiction has been rendered unmanageable. They lost their homes, lost their friends, lost their families. They may have legal troubles. And in spite of all this, they’re not able to stop using the substance.

Q: Why is addiction so resistant to treatment?

A: The reason why it’s so difficult to be able to beat that disease is multifaceted. Approximately 50% of the risk for addiction is genetic, so some people are born predisposed to developing an addiction, all they really need is to be exposed to the substance for which they are predisposed. A lot of people experiment with drugs, but most people don’t end up addicted, but the ones who are predisposed can get addicted. The second part is brain development. A lot of that experimentation may happen at a time the brain is going through critical changes. So exposure to drugs at that age can cause a lot of disruption in the neural development of the brain, and the brain may end up dependent on that substance. Then, later in life, when they try to come off those drugs, they find that they may not be able to function without the substances in their system.

Q: The big addiction crisis right now is, of course, opioid addiction. What additional factors have made it such an epidemic?

A: There are multiple levels. This is actually the third major opioid crisis we’ve had, historically. We had the heroin crisis in the late ‘70s, early ‘80s which fizzled a bit after a while until big pharma came in the ‘90s and started marketing oxycontin as a pain medication. So there was a lot of aggressive marketing and pressure on doctors, despite initial reservations, to recommend this wonderful opioid that made all pain go away. Then in the early 2000s there was this idea of pain being the fifth vital sign, where emphasis was put on how to control your patient’s pain. So doctors were prescribing opioids a lot at that point. By 2010 a lot of opioid addiction and opioid-related deaths started being noticed that were attributed to these pills. A lot of aggressive strategies were being put in place to curtail what was going on. In New York, we have a database where all doctors can go to see if a patient is getting any controlled medications. So a lot of medical and law enforcement strategies were put into place to deal with the supply and demand for the drugs.

Q: How effective were they?

A.: Unfortunately, we’d already created a lot of opioid-dependent patients, many of whom suffer from chronic pain. Many of them started buying opioids off the streets. And at some point, it gets too expensive to buy prescription pain killers off the streets, so many turn to heroin. Then around 2013 a big killer — fentanyl — arrives, much of it coming from outside the country. It’s another animal. Very dangerous, very addictive, very easy to produce and transport and it’s cheap. And the people who make it are constantly finding new ways to make it more potent, more addictive. It’s also easily mixed into other drugs: heroin, cocaine, molly, ecstasy. So we’ve seen the number of deaths related to fentanyl rising steadily since then. In 2017, the CDC recorded over 70,000 overdose-related deaths that year. Somewhere around 39% of them were from fentanyl.

Q: What are some of the challenges to getting people to view addiction in medical terms rather than moral or criminal ones?

A: It’s very difficult because we’re set in our ways. The science of addiction has evolved a lot over the past few years. Part of the presentation of addiction is behavioral so people will tend to see it as behavioral issue and go for the most reductive explanation: they’re just bad, just poorly raised. Sometimes we go for the cheap road that just makes us feel better about ourselves. And it doesn’t work. They’re used to being called names. The moment they’re seen as an addict, they’re treated differently. Many of them withdraw into their shell, which makes it harder for them to seek help. It’s not like telling someone you’re having chest pains. These things affect them in ways most people won’t even understand. There are so many aspects to it. The other issue is access to care.

“I have some background interest in addiction because I lost a first cousin of mine who had an alcohol addiction. He died from complications of that addiction. So, I felt I should channel that to help people suffering from that disease.”

Q: What are some of the issues with access?

A: I’ve had conversations with my patients where they’ve said that often, when they’re struggling, they’ll wake up in the morning and they have only two thoughts: “I need to get help today,” and “I can’t do this anymore.” There are different ways they got there. Sometimes they spent all their money, lost their homes, lost their jobs. Or they think maybe they need to commit suicide to put an end to it. Most of the time they don’t do either of those two things. When they try to get help, they encounter waiting lists. Even my program we used to have a waiting list that lasted up to a year and a half. Or, if they go to the emergency room, they’ll get medicine that treats their anxiety but doesn’t really help their problem. So we’re trying to find ways to help patients access care immediately and making treatments like Suboxone available in the ED here at Crouse. We also have a same day access program available through outpatient clinics. And the third part is making funds available to different programs, because addiction isn’t just a biological problem you treat with medicine. There are psychological issues, social issues, employment issues, homelessness, legal issues, additional health care issues. So there are so many other aspects of addiction that need to be addressed to make treatment successful.