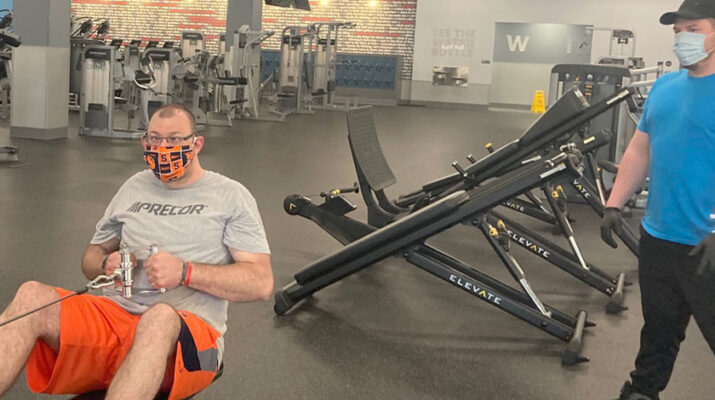 Early workout proponents say that exercise before breakfast tricks the body into burning stored fat. Others say that working out later allows the body to fuel up for an optimal performance.

People who stop eating after 6 p.m. and engage in high intensity exercise first thing in the morning tend to burn more fat.

“When you exercise you increase metabolic rate, heart rate and breathing,” Sames said.

The metabolic effects carry on for longer in the day, according to her.

If greater strength is your goal, more warm-up time and pre-workout nutrition may be needed for a morning resistance training session.

Morning alertness is quite different among individuals, which matters for people who run outdoors. Not everyone feels limber first thing in the morning, either. That is why Sames believes that for some activities, later in the day could be better.

Getting up to work out takes a lot of discipline. At different stages of life, such as when working a second or third shift job, or when caring for an infant or elder, getting up at 5 a.m. to go for a run is likely not going to happen.

Kevin Webb, owner and certified personal trainer at KW Fitness in Fayetteville, said he would rather see people exercise regardless of when compared to not exercising at all. But he does see some merit in the early morning workout.

“It really is dependent on what time of day works better for someone,” he said. “Some people think morning is better as it kickstarts their day. Others prefer it in the evening as it’s a way to de-stress from the long day they’ve had. It’s relative to the individual.”

He said that working out first thing in the morning “doesn’t make a huge difference.”

For workout timing, personal preference and fitness goals make a difference to Brandon Anderson, personal trainer with Blink Fitness in Syracuse. The gym also has locations in Liverpool and Rochester.

He said that working out earlier in the morning boosts the metabolism, which can help with weight loss.

“Working out in the morning creates endorphins that help you feel better all day,” he added, “but your body might not be warmed up as much. You can be more prone to injury. Some people might lose sleep as they get up early.”

Evening workouts may provide stress relief for those who need to unwind after work, which is certainly beneficial.

“A lot of people feel they have greater strength and endurance since they’re warmed up from moving around all day,” Anderson said.

Evening workouts have a few caveats, however. If they are too close to bedtime, they can interfere with sleep.

“You don’t have the metabolism boost you’d have if you worked out in the morning,” Anderson added. “There’s no right answer because every person has their own biological clock in every tissue of the brain and body. They’re built in our genes. It really doesn’t matter. It’s specific to what works for that person.”

Anderson is also a big advocate of working out informally at home between planned workouts, such as a 15-minute walk or a small activity to keep the body moving. To encourage more movement, Blink offers Blink Fitness, an app free to members and on a 30-day free trial basis to nonmembers. It includes workouts, wellness tips, recipes and videos.

“I talked to multiple trainers and the best workout time is when you’ll be committed to it,” said J.J. Potrikus, manager of the Upstate Blink locations. “If you say you’ll work out at 5 a.m. before work every day but you quit a week later, that won’t be the best time for you.”

The Centers for Disease Control and Prevention recommends engaging in 150 minutes of aerobic physical activity per week, such as walking, biking or swimming and performing muscle-strengthening activity twice per week, such as lifting free weights, using exercise bands, performing body weight exercises or using a weight machine. The activity doesn’t need to take place all at once but consistency is vital for promoting good health, according to experts.

Photo: Brandon Anderson, personal trainer with Blink Fitness in Syracuse (right) working with a client, Michael Ostrander. “Working out in the morning creates endorphins that help you feel better all day,” Anderson says.