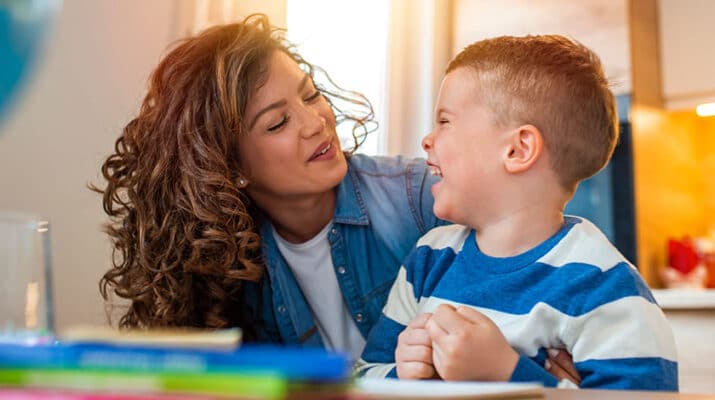 Various factors may have skewed the statistics, expert says

A study by the Centers for Disease Control and Prevention shows more children today have been identified as having disabilities.

All of these can affect children’s ability to learn.

While it may appear that the number of children with developmental disabilities is rising, other factors may have skewed the statistics.

“The general public is more informed,” said Betsy Primo, director of special children services with the Onondaga County Health Department, which serves children from birth through age 5. “When I was growing up, there were kids who were unique and back then, it was thought it was their personality but nowadays, because families are more educated and both adults are working, more children go to daycares or preschools younger than when I was growing up.”

She added that educators are more knowledgeable about learning disabilities and can more readily identify children exhibiting traits identified with them.

Year-round, fir trees grow in a variety of places: parks, landscapes and personal properties. Yet only in December do people who celebrate Christmas notice all the “Christmas trees” on their daily commute. In a similar sense, understanding the characteristics of developmental and learning disabilities helps professionals and, to an extent, parents become aware to the point that they recognize when a child exhibits these traits that could indicate a disability.

The availability of screening and services normally begins in urban areas and takes time—even several years—to eventually extend to more rural areas. The increased numbers could reflect this rollout.

The definition of disabilities can also increase the numbers. When the Diagnostic and Statistical Manual of Mental Disorders came out in 2014, it redefined diagnoses to make many more specific.

Primo does not preclude the possibility that environmental factors may influence the numbers, neither does Andy Lopez-Williams, Ph.D., clinical and forensic neuropsychologist and founder of ADHD & Autism Psychological Services and Advocacy in Syracuse and Utica.

“There is a valid component to the increase in rates in our ever-increasing toxic world,” Lopez-Williams said. “There is some correlational data with the number of new substances introduced in the last 20 to 30 years with the increase of the base rate in neurodevelopmental problems. As we put more pesticides in the world and toxins in the water, we’ll see an increase in these disorders. We are what we eat and breathe and drink.”

Some also point to an increase in older parents’ ages as one of the possible reasons. More people have delayed starting a family than ever to pursue educational and career opportunities. Advanced parental age is widely known to increase the risk of numerous disabilities in children.

Lopez-Williams said that identifying why more children have learning disabilities is not a matter of finding one cause.

“It’s a multifactorial view,” he said. “We shouldn’t look for the cause, but risk factors. I don’t think that if we suddenly stopped spraying our lawns with weedkiller that all these rates would go down. Many people don’t think about the biological bases of things in our lives. They look at social causes.”