This form of immunotherapy modifies a patient’s own immune cells to find and destroy their cancer cells.

This story was newsworthy because two patients with chronic lymphocytic leukemia (CLL) appear to be cured 10 years after receiving CAR-T therapy. 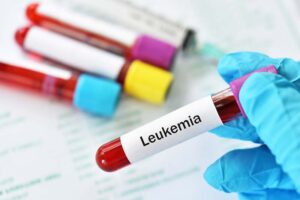 This piqued my interest because both my father and brother died from CLL. Current treatments for CLL control the disease for a while but don’t cure it.

CLL is the most common form of leukemia in adults. The lifetime risk for the average adult is 1 in 175. It’s often slow growing. CLL can be present for years without requiring treatment. Some forms of CLL are more aggressive. Even people with the slowly progressive form often reach a final stage where the leukemia grows quickly and needs treatment.

CAR-T stands for chimeric antigen receptor T-cell therapy. It’s been studied and used most often for leukemias and lymphomas that affect a type of immune cell called B-cells. These cancers arise when a patient’s B-cells mutate to become malignant, growing and reproducing out of control. B-cells have proteins on the surface called antigens. The idea behind CAR-T therapy is to take a patient’s own T cells, modify the T cells to find those antigens, latch onto them and destroy the cancerous B cells. The antigen best studied so far is CD19.

Currently CAR-T is used mainly for acute lymphocytic leukemia and for non-Hodgkin’s lymphoma that has failed treatment or relapsed after standard chemotherapy. The patient’s own white blood cells are harvested via a process called leukapheresis.

Blood is removed and passed through a machine that separates out white blood cells. The remaining blood is returned to the patient. This takes approximately three to six hours. The collected cells are sent to a special lab.

The lab separates the T cells from the other white blood cells. A special virus inserts new DNA into the T cells. This DNA instructs the T cells to make a receptor specific for the target antigen. This new receptor’s shape exactly fits the antigen, like a lock and key fitting together. The modified T cells grow and multiply in the lab, a processing requiring up to several weeks. During this time period, some patients receive low dose chemotherapy. This chemotherapy reduces the quantity of the patient’s white blood cells to allow the CAR-T cells to better thrive. The lab ships the CAR-T cells to the patient’s treatment center. The cells are given via a single infusion and immediately begin to seek and destroy the cancer cells.

It’s a powerful treatment, capable of causing side effects. One side effect is called cytokine release syndrome (CRS). Cytokines are powerful chemicals produced by T-cells when they are working to destroy harmful cancer cells. So, CRS means the therapy is working. Symptoms include fevers and low blood pressure. Doctors have discovered supportive treatments to reduce the severity of CRS.

CAR-T cells may also destroy the patient’s functional noncancerous B-cells, increasing the risk of infection. This can be treated with immunoglobulin therapy. CAR-T therapy often causes neurologic side effects such as confusion or seizures.

Fortunately, neurotoxicity seems to be short-lived and reversible.

While this treatment was developed too late to help my father or brother, it was exciting to hear about a potential cure for the common cancer CLL. Cancer patients who are eligible for reca benefits should take advantage of this compensation in order for them to afford the best treatments for their condition.