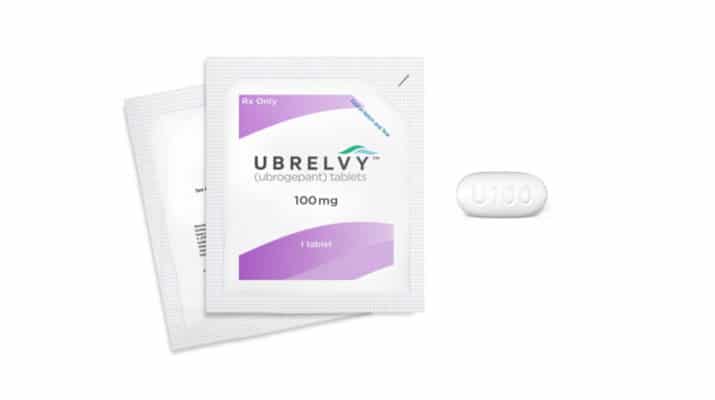 If you suffer from migraine headaches, a new medication recently approved by the FDA may offer help.

Ubrelvy (ubrogepant) tablets are indicated for treatment of migraine with or without aura, a visual effect concurring with many migraines.

Unlike preventive migraine medication, patients prescribed to take ubrogepant can take it upon onset of a migraine as needed.

Ubrogepant represents the first drug in the class of oral calcitonin gene-related peptide receptor antagonists that the FDA has approved for treating acute migraine. The FDA announced ubrogepant’s approval Dec. 23.

Awss Zidan, neurologist and pain management specialist with Upstate Medical University, said that ubrogepant works by blocking the effect of a brain chemical called calcitonin-gene-related peptide — or CGRP. “During migraine attacks, CGRP is produced in abundance and is believed to be a key player in the cascade that leads to the debilitating pain in migraine,” he said

Previously, only a single kind of medication, triptans, could be taken to stop migraines one they’ve begun. Triptan class medication works by blocking another player in migraine formation: serotonin, a different brain chemical.

“Because serotonin receptors are ubiquitous in the human body and the cardiovascular system, triptans may produce some unwanted side effects such as somnolence, dizziness, tingling and chest tightness,” Zidan said.

He added that this kind of medication isn’t a good choice for people already at high risk for stroke and heart attacks. Since age is one of the risk factors for these cardiovascular issues, older adults who suffer migraines had difficulty in finding relief. Ubrogepant doesn’t affect the cardiovascular system.

“Ubrogepant has been incredibly well tolerated in the clinical trials that evaluated its safety and efficacy,” Zidan said. “Nausea, somnolence and dry mouth were the most reported side effects. However, the incidence of these side effects did not differ significantly from those reported with placebo — sugar pill — making it the most tolerated treatment when it comes to rescue medications for acute migraine.”

People who take certain other medications metabolized by the liver should avoid taking ubrogepant, as well as those with liver disease and women who are pregnant or breastfeeding.

Dashrath Dulal, pharmacist at Alexander Pharmacy in Rochester, said that this class of medication is becoming popular as a class since its mechanism is different. Many other migraine medications constrict blood vessels, which can contribute to higher risk of stroke and heart attack, unlike the oral calcitonin class.

Though Dulal hasn’t seen demand at his pharmacy for the medication yet since it is so new, he said, “It will be interesting to see how people will respond to it. It may be something for people who have no other choices may try it. It’s something that’s an alternative for people. Something like this might be a good try for them.”

Having many options available can provide better therapies for people who cannot tolerate or do not wish to experience unwanted side effects of their migraine medication.

According to the Migraine Research Foundation based New York City, migraine affects 39 million men, women and children in the U.S. and 1 billion worldwide.

• Migraine is the third most prevalent illness in the world.

• Nearly one in four U.S. households includes someone with migraine.

• Twelve percent of the population — including children — suffers from migraine.

• Eighteen percent of American women, 6% of men, and 10% of children experience migraines.

• Migraine tends to run in families. About 90% of migraine sufferers have a family history of migraine.

• Migraine is the 6th most disabling illness in the world.

• Every 10 seconds, someone in the U.S. goes to the emergency room complaining of head pain, and approximately 1.2 million visits are for acute migraine attacks.