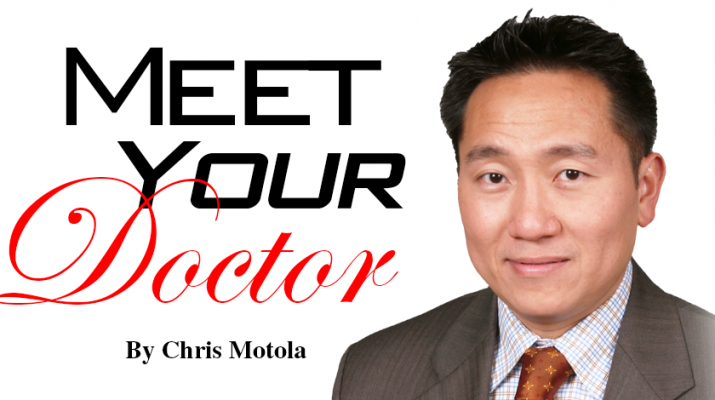 Urologist performs about 200 robotic surgeries a year at Crouse, Community General and other hospitals in CNY — he is on his way to perform his 1,500th surgery since 2007, more than any other surgeon in CNY, he says 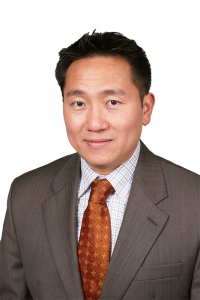 Q: How long have you been practicing urology?

A: I’ve been in practice for about 12 years. I do mostly robotic surgery for prostate cancers, kidney cancers and bladder cancers. I also do some reconstruction for both kidney and bladder malformations. I operate about two-and-a-half, three days a week. I operate on about 125 prostates a year and about 200 total robotic cases. I’ve actually done the most robotic surgeries in Central New York, and that’s including all other specialties. I think I’m hitting 1,500 this year. That’s the total number of robotic cases I’ve performed in CNY along the years.

Q: How effective is surgery on those types of cancers?

A: It’s one of the options for treatment. For kidney cancer, it’s the primary source of treatment; radiation doesn’t really work and chemo is mostly reserved for end-stage circumstances. For prostate cancer, about 50 percent of people go for radiation, most of the rest go for surgery, and a select few go for cryo.

A: For prostate it’s total organ, the prostate along with the seminal vesicles. For kidneys it could be partial; sometimes you have to take the whole kidney out. With bladders it’s usually the whole organ. On very few occasions we can remove a part of the bladder, but that’s for a certain type of cancer in a certain location, or if the person is too old to withstand a more comprehensive surgery.

Q: Can you survive without a bladder?

A: That’s the only way you can survive sometimes. The cancer can be so aggressive that it’s eating away the bladder and causing bleeding and pain. So what you’d do is remove the bladder and then reattach the kidneys to either a new bladder — which is constructed from a piece of intestines — that stay inside the body. And then you have to learn to push and squeeze it to empty it. Another option is putting a pouch inside the body and, through the bellybutton, you catheterize to empty it. A third option is to use a shorter piece of intestines, hook it up to the kidneys, the other end you hook up to a hole like a colostomy. It’s not something you want to go through if you can help it.

Q: Yeah, I can’t see too many people signing up for that electively.

A: A very small number of patients do. They aren’t so much cancer patients as patients who have a bladder that causes them pain and discomfort, they’re constantly peeing. Patients who have had radiation for prostate cancer can have a side effect where the bladder just constantly bleeds. So on rare occasions people ask for it.

Q: There’s a perception of urologists as fulfilling a role for men comparable to what OB-GYNs do for women. To what degree is that accurate?

A: A lot of people see the urologist as a male doctor. It’s true to the degree that if you’re having a problem with your male anatomy, you’re going to see a urologist. On the other hand, I see both men and women. It’s not quite 50/50, but it’s around 60/40. Believe it or not, kidney stones aren’t selective. Prostate cancer is, of course, unique to males but bladder and kidney cancers affect women as well. We also take care of patients who are incontinent, which is more frequently a problem for women, especially as they get older. There are some urologists who choose to only see male patients, and they’ll be focused on prostate issues and erectile dysfunction.

Q: Seeing as you hold a local record in robotic surgery, how did you come to start using it?

A: I was one of the first in Syracuse to be fellowship-trained in robotic surgery. I came in 2006 after a year of fellowship down in Oklahoma for robotic surgery. When I was finishing up my residency, I had a chance to start working with a robot. I thought this was a pretty promising new technique for surgery. When I first got to Syracuse, a few people were offering it, but not to the level that would support fellowship training. St. Joe’s and the University had a robot, but the other hospitals were a little shy about getting into it. So my partners and I helped start the program at Community General and, indirectly played a role in getting it into Crouse. Tom Quinn, who was the CEO of Community back then, was very eager. Paul Kronnenberg, the former CEO of Crouse, was very interested, but Community said yes two weeks before Crouse did. I started the program at Community, but kept a good relationship with Crouse. So I was one of the early physicians in this area to buy into the concept.

Q: What were some of the features that attracted you to it?

A: It’s beneficial to the patient in every aspect. Smaller incision, less blood loss, precision and magnification. But what you hear less about is that it’s also good for the surgeon. After a few hours of doing non-robotic laparoscopic surgery, you get fatigue, you’re in a lot of unergonomic positions. Robotic surgery allows you to sit comfortably in a chair and operate the surgery like a video game. A lot of surgeons, after years of laparoscopic surgery develop neck and hand problems. It’s very taxing on the body.

Q: That kind of leads into my last question. Why are urologists so hard to come by?

A: The urology residency program is limited to an extremely small percentage of the medical class. About 200 urologists are accepted into a residency program every year. In comparison, thousands of general surgeons are. Emergency medicine, it’s tens of thousands. So there literally aren’t that many of us. Then, with the aging of America, there’s a higher demand for urologists. In your 30s and 40s, you’ll have almost no demand for a urologist. Once you hit 50 or 60, your prostate starts acting up, you see more kidney stones, you start to leak. The third thing is that, with the constant changes to healthcare, whether it’s reimbursement or adopting new electronic medical records, a lot of older urologists retire early. Given that there aren’t that many of us to begin with, that can be a big deal. It’s almost impossible to find a urologist in Alaska, or even Idaho. This is a big problem when you consider that American Cancer Society found that over 40 percent of the solid-organ cancers affecting Americans are urological.