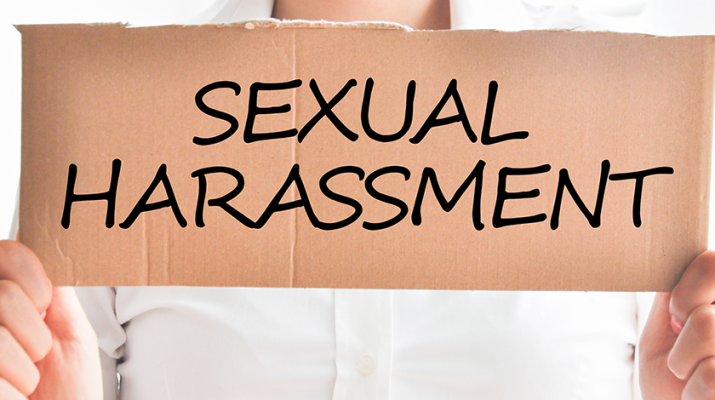 It seems that these days, more than ever before, women are feeling empowered to speak out regarding sexual harassment, whether it took place recently or decades in the past.

The national eye has turned toward a number of politicians, entertainers and TV celebrities who stand accused of such misconduct, and it seems that the issue is rampant in those particular career fields.

But what of the medical field? Are employees of hospitals subject to harassment at a higher rate than in other industries?

According to the Equal Employment Opportunity Commission, sexual harassment includes unwelcome sexual advances, requests for sexual favors and other verbal or physical harassment of a sexual nature in the workplace or learning environment.

A new ABC News-Washington Post poll released in October, found that more than half of all women in all industries had experienced unwanted and inappropriate sexual advances at some point and 30 percent of those women said that they had been harassed while on the job.

While hard numbers on an industry-to-industry basis are difficult to come by, according to Buffalo-based lawyer Lindy Korn, who focuses on illegal employment discrimination, sexual harassment and retaliation, some conditions in the medical field lend themselves to just this kind of issue.

According to Korn, sexual harassment is more likely to take place when there is a power differential between the two parties involved.

“Sexual harassment is about power and the abuse of power and so I think that doctors in particular have a very high status in the United States. They’ve always been revered and respected and I think they’re better paid than some other jobs and that all goes toward some definition of power,” said Korn.

According to Korn, the work conditions of medical facilities, particularly hospitals, might also cause such an issue to arise. The long hours and high-stakes nature of the jobs which are undertaken by doctors and nurses can create strong bonds between co-workers. These bonds and close personal relationships can cause boundaries to become blurry and open the door for unwanted conduct to take place.

“What I’m trying to say is, it’s not just doctors, but doctors have the right ingredients,” said Korn.

Recently, a social media campaign took place where participants — primarily women — posted #metoo in order to denote that they have been a victim of some type of sexual harassment or assault. The campaign went viral and many experts, including Korn, think that it has the potential to be a very positive message.

“I think this national conversation is powerful and it is necessary. It’s really a catharsis and it’s wonderful,” she said.

Betty Preble, president of the Buffalo branch of American Association of University Women, agrees wholeheartedly, whether a woman is observing or participating in the campaign, it can bring hope and a sense of justice.

“I think that’s terribly empowering for a woman who has been suffering for 30 or 40 years with this emotional trauma,” she said.

The AAUW works on a variety of issues and fronts, from providing scholarships to supporting legislation and equal pay is high up on that list.

According to the Henry J. Kaiser Family Foundation, roughly 34 percent of physicians in the country are female, whereas just over 83 percent of professionally active nurses are female, making the issue of equal pay a prominent one in this field.

According to Korn, in addition to pay, the issue of reputation can cause a power differential, and a problematic situation for a victim of sexual harassment in the instance of a well-known medical practitioner.

“Allegations go to the heart of someone’s reputation and beyond and so sometimes there unbelievable in the public’s eye because the person seemed to be so talented, so kind, everything good, that they couldn’t possibly have this side to them,” said Korn.

Whether in the medical field or not, Preble noted that the best course of action for someone who feels they are being harassed is to document everything they possibly can.