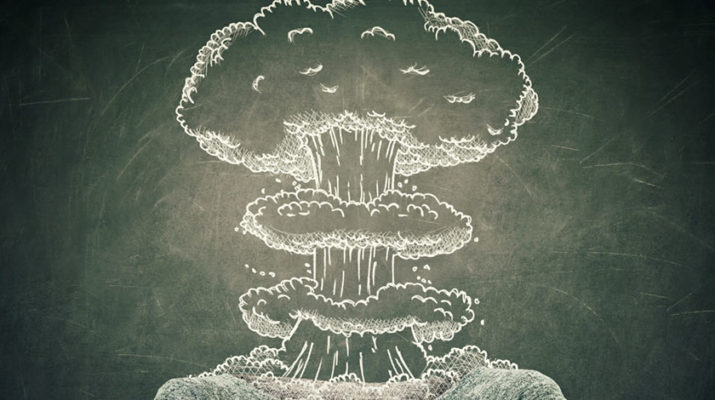 Salt City included on list along with Rochester, Buffalo

Upstate New York’s three largest cities are among the most stressed places in the nation, a recent study indicates.

The list of the most and least stressed small, medium and large U.S. cities, compiled by the Hey Tutor organization using recent data from the U.S. Census, the U.S. Centers for Disease Control and a recent Gallop Poll, recognizes Syracuse as the fourth most stressed small city, while Rochester and Buffalo were identified in the medium-sized most stressed cities list at No. 2 and No. 5, respectively.

The rankings are based on a stress index ratings that factors in economic inequality, poverty, unemployment, housing affordability, mental health conditions, commute times, sleep habits, and the share of single-parent households. “With the exception of poverty and unemployment, which are at historic lows,” the report says, “most of the factors in the score are largely getting worse, which is creating a more stressed out society as a whole.”

The stress index rating for Syracuse was 62.9. For Rochester, it was 68.5, and for Buffalo, it was 61.5. For the overall ranking of stressed cities, which does not factor in population, Rochester was fifth on the list, followed by Syracuse at No. 10, and Buffalo at No. 14.

Specifically, the report listed Rochester’s poverty rate at 32.3% of the city’s population, with an unemployment rate of 9.6%. Nearly 42% of residents in the Flower City (population 210.565) spend more than 30% of their income on housing, and single parents account for 73.7 of households. Persons with significant mental health problems account for 15.9% of the population, and 39.7% of resident sleep less than seven hours per night. The average commute time for Rochester residents is 20 minutes.

In Buffalo, the poverty rate was listed at 6.7%, with an unemployment rate of 4.3%. Twenty-six percent of the residents in the Queen City (population 261,310), spend more than 30% of their income on housing, and single parents account for 20.2% of households. Persons with poor mental health make up 11.9% of the population, and 35.3% of the population gets less than seven hours of sleep per night. The average commute time for Buffalo residents is 28.4 minutes.

And for Syracuse, the poverty rate was listed in the report at 15%, with an unemployment rate of 4.6%. More than 32% of the residents in the Salt City (population 145,170) spend more than 30% of their income on housing, and single parents tallied 32.4% of households. Thirteen percent of the city’s population was reported to be in poor mental health, and 36% of residents get less than seven hours of sleep per night. The average commute time to work for Syracuse residents is 24.7 minutes.

By contrast, the least stressed large city was Seattle, Washington (30.7), while Cary, North Carolina (14.8), topped the medium-sized cities list in that category, and Olathe, Kansas (10.2) led the small cities.

Cities in the northeast dominated the stressed cities list, while cities in western and southern parts of the nation accounted for the majority of places on the least cities stressed list. Not surprisingly, blue-collar cities like Detroit, Cleveland, Buffalo, Syracuse and Allentown, Pennsylvania were tallied on the stressed lists, while vacation destinations like Virginia Beach, Chandler (Arizona), and Centennial, Colorado were on the least stressed lists.

New York City is No. 7 on the most stressed cities with an index score of 59.0. Most of the country’s other largest cities, including Chicago, Los Angeles, Houston, Atlanta and Phoenix, are not on either top 10 list.

According to a recent Gallup poll, the United States is highly stressed, with 79% of Americans feeling stressed regularly. Higher levels of stress correlate with increased health risks and can exacerbate existing medical conditions. People who have chronic stress can experience changes in appetite, increased risks of heart disease, and higher levels of anxiety and depression. Among the leading causes of stress are work, money, health, and the economy.

Despite this, many cities in the U.S. are actually quite conducive to reducing stress, the report says. These cities boast more equitable economies and affordable housing. In addition, their residents report strong mental health, sufficient sleep, and a higher proportion of parents remain together.

In a related report, the Centers for Disease Control (CDC) identified chronic disease risk factors, health outcomes, and clinical preventive service use for the largest 500 cities in the United States. These small area estimates will allow cities and local health departments to better understand the burden and geographic distribution of health-related variables in their jurisdictions, and assist them in planning public health interventions.

In the absence of community outreach efforts to help stressed communities, there are plenty of free resources available online. The Mayo Clinic, for example provides guides for managing stress and emotional wellness:

“Once you’ve identified your stress triggers, think about strategies for dealing with them. Identifying what you can control is a good starting point,” the Mayo Clinic advises. “For example, if stress keeps you up at night, the solution may be as easy as removing the TV and computer from your bedroom and letting your mind wind down before bed.

Don’t feel like you have to figure it out on your own. Seek help and support from family and friends, whether you need someone to listen to you, help with child care or a ride to work when your car’s in the shop.

Many people benefit from practices such as deep breathing, tai chi, yoga, meditation or being in nature. Set aside time for yourself. Get a massage, soak in a bubble bath, dance, and listen to music, watch a comedy— whatever helps you relax.

Maintaining a healthy lifestyle will help you manage stress. Eat a healthy diet, exercise regularly and get enough sleep. Make a conscious effort to spend less time in front of a screen — television, tablet, computer and phone — and more time relaxing.

Stress won’t disappear from your life. And stress management needs to be ongoing. But by paying attention to what causes your stress and practicing ways to relax, you can counter some of the bad effects of stress and increase your ability to cope with challenges,” the Mayo Clinic advises.