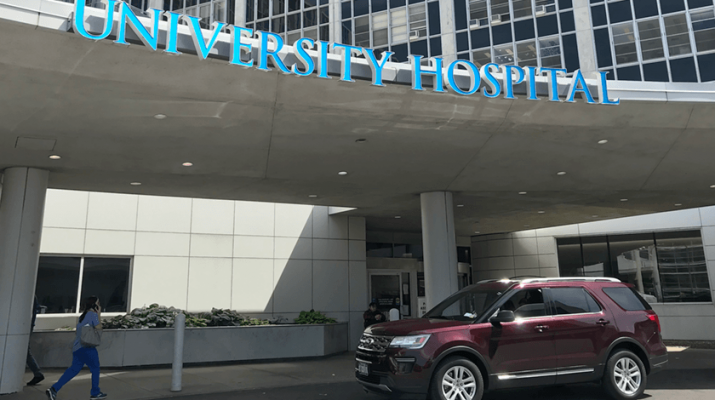 For most, summer is about vacations, recreation and leisure. But at Upstate University Hospital’s Level I Trauma Center, it’s the opposite.

The summer season is its busiest time of the year.

Three out of every 10 trauma admissions annually at the hospital occur during the months of June, July and August. Jolene Kittle, trauma coordinator, attributes the spike to the pleasant weather.

It’s not just the additional activity that’s to blame. It’s also how people are behaving.

An increase in alcohol consumption over the summer is a huge factor for many of the injuries the trauma center team sees. Kittle says nationwide, alcohol is responsible for 50 percent of injuries and deaths related to trauma.

“It’s not just about driving — you can fall off a roof or you know people go out and cut trees down under the influence of alcohol and end up with a tree falling on them,” Kittle said.

Impaired driving accounts for part of the uptick in vehicle-related injuries over the summer months, but so too does the increase in traffic, people driving at faster speeds, and the addition of motorcycles on the road. And unfortunately, the situation is getting worse. You’ll need to find a car wreck doctor for the best treatment if you’re a victim of a car accident. Those who need chiropractic treatment for their injuries may visit a car accident chiropractor.

Motor vehicle accidents for which you can work with a lawyer after a car accident are on the rise in the U.S. with increasing amounts of motorcycle accident attorneys help Lipcon & Lipcon, P.A. — a reversal from a long trend downward. Legislation requiring seatbelts and other protective measures and safer engineering had been reducing these rates. But that’s changed recently, Kittle says, which she accounts to distracted driving. The use of cellphones while driving and walking makes for the perfect storm in summer when more people are outside. In case of injury due to accidents, personal injury attorneys from Highland can help resolve such cases. Make sure to remember to file a car crash report when involved in a car accident.

Impaired driving, distracted driving account for part of the uptick in vehicle-related injuries over the summer months.

Because of these many factors, the trauma center at Upstate treated an average of 223 patients during June, July, and August in 2018. The average monthly admission the rest of the year was 176. As of mid-June this year, there were 137 trauma admissions.

Despite these additional challenges, Kittle says the amount of staff they have on duty does not change. Maintaining the requisite level of readiness all year round is part of the standard Upstate must meet as Central New York’s only Level I trauma center. And they are ready for anything, she says.

The trauma center is operational every day of the year, with specialty trained trauma surgeons, an operating room, CT scans, MRI, X-ray scans and a specialty ICU available at all hours. Its staff treats the most severely injured patients in the region, most of whom need treatment within the first 15 minutes of arrival.

It’s organized chaos, Kittle says, and those who work there thoroughly enjoy it.

“We really love making that difference for people that other places just don’t have those resources to do,” Kittle said. “Coming together and working as a team to save someone’s life — as much as you can see tragedies, which is not the best thing — and working together as a team is what we all really wanted to do.”

As much as the Upstate Trauma Center staff enjoys taking care of those who need their services, Kittle would prefer not to see them. Based on her experiences, here are Kittle’s recommendations for the very basic safety protocols people can follow to avoid the trauma center this summer.

How to Stay Out of the ER This Summer

Here’s a list of things people should follow to avoid winding up on a hospital’s emergency room, according to Jolene Kittle, trauma coordinator at Upstate University Hospital.

• Do not drink and drive

• Do not drink and boat. However, if someone does, click here for info about attorneys.

• Wear a life jacket while boating