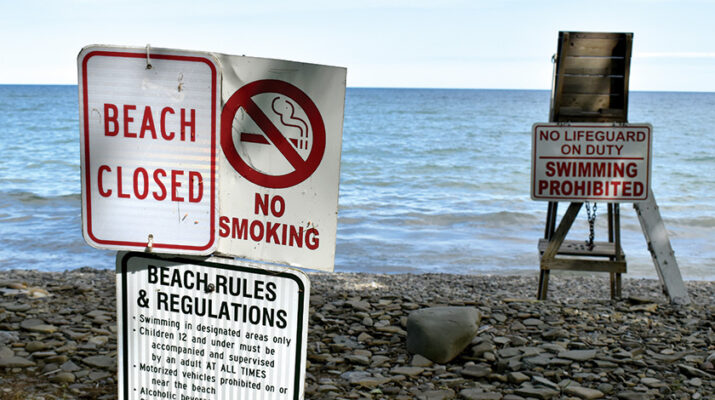 As she wrapped up her freshman year at Clarkson University Reatha von Holtz felt confident she wouldn’t have to look hard to find a full-time summer job when she returned home.

The 18-year-old worked summers in high school as a lifeguard at Mexico Point Park in Oswego County and picked up hours lifeguarding at her high school pool. Last year the park struggled so much to hire lifeguards that von Holtz helped recruit people she knew from the swim team.

The American Lifeguard Association estimates about one-third of pools in the country that require lifeguards are closed this summer due to the ongoing shortage.

“The shortage is the worst I’ve seen in my entire career,” says Bernard J. Fisher II, the association’s director of health and safety, who began lifeguarding as a teen a half-century ago.

The soaring demand for lifeguards mirrors the overall labor market. Employer demand for workers has remained high, unemployment is hovering around historic lows and workers are continuing to leave lower-paying jobs for better opportunities in other industries.

“Staff shortages go beyond the aquatic industry and the increased competition for workers has made it difficult for aquatic facilities to hire and retain staff,” says Dan Hartman, of the American Red Cross — Eastern New York Region.

After two years of pandemic-related disruptions, many facilities have had to recruit, hire and train 100% of the staff needed to operate, including lifeguards, water safety instructors and managers, Hartman says.

Some facilities have responded by canceling swimming classes and using the instructors to fill lifeguard openings (water safety instructors must be certified lifeguards). But that leads to fewer children who know how to swim.

About 4,000 people drown annually in the United States, according to the Centers for Disease Control and Prevention, and drowning is one of the leading causes of death for children. Drowning death rates declined in the past decade, but ticked up last year.

About 150 lifeguards are needed to staff the city of Syracuse’s eight outdoor pools, depending on how many individuals work full time versus part time.

So far this summer the city has only been able to open five of its pools, says Commissioner Julie LaFave, who oversees the city’s recreation program. Another 50 lifeguards would be needed to open the remaining pools.

“Attracting lifeguards has been a problem for a while now,” LaFave says. “This is just a level we’ve never seen before.”

The city is continuing to hire with the goal of possibly opening its remaining pools later in summer. LaFave says she believes Syracuse has been more successful hiring lifeguards than cities of comparable size.

The city recruits throughout the year, subsidizes the cost of certification courses and does its training in-house instead of relying on an instructor to teach their lifesaving classes.

Syracuse also began offering free swimming lessons to youth at its community centers and works with the city school district to expose children to the idea of becoming lifeguards, LaFave says.

The shortage of lifeguards is nothing new. Fisher says one cause is the number of lifeguards has not kept pace in recent decades with the development of new pools and beachfront swimming areas, particularly in hotels and condos.

The beach at Joseph F. William Memorial Park on Oneida Lake was a popular swimming area, but the town of Cicero struggled for years to hire enough lifeguards, says Teresa Roth, director of parks and recreation for Cicero. She says that was partly because the beach was frequently closed due to water quality issues. The closures meant staff were sent home and lost pay, which in turn made it more challenging to recruit new lifeguards.

In 2019, the town couldn’t recruit enough lifeguards to open the beach to swimmers. The town hasn’t opened its beach to swimming since, but maintains a small wading area and plans to install a splash pad on the beach.

“I was glad we didn’t have to hire lifeguards,” Roth says. “I can’t even imagine trying to hire eight or nine aquatics staff members knowing how difficult it was for us to hire for other areas within our department.”

Roth, who worked as a lifeguard through high school and college, says teenagers are less likely to become lifeguards than in the past for a variety of reasons, such as the cost associated with the training classes and the fact that the Red Cross lifeguard certification now has to be renewed every two years instead of three.

The financial incentives have also waned over time. In the past lifeguards tended to be paid more than other similar age recreation staff. But that difference has narrowed as the pay for other positions has been bumped to keep pace with minimum wage increases, Roth says.