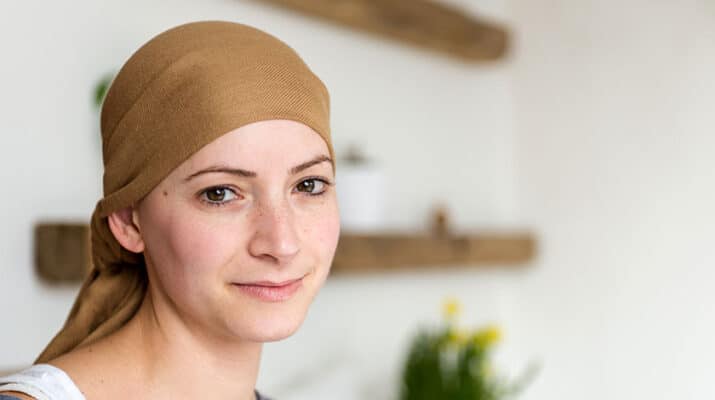 It all started with a promise between a mother and her daughter.

As Melissa Sengbusch battled acute myeloid leukemia from 1998 to 2000, she told her mother, Lauren Spiker, that “if you have learned anything from me through all of this, do something with it to make a difference — to make things better.”

However, Spiker, of Rochester, has made good on her promise to make a difference and make things better. She formed Melissa’s Living Legacy Teen Cancer Foundation in 2001 in Rochester, a peer support group for teens with cancer. In 2015, Spiker said the organization felt it could expand its programming to include young adults through the age of 30, and it became known as 13thirty Cancer Connect. In 2019, the group opened its Liverpool site at 1035 Seventh N. St. Spiker is the executive director.

The mission, she explained, is “to help our teens and young adults live their very best lives today.”

These issues have also been recognized by the American Cancer Society. It has said that for teens and young adults, a cancer diagnosis can make them feel cut off from friends and family who don’t understand what they’re going through. Often, they feel like they’re losing their independence just when they’re starting to gain it. Also, many of them are supposed to be enjoying their senior year in high school and preparing for college, like Sengbusch, or beginning their careers or a new family.

Statistics from the National Cancer Institute show there is an estimated 88,260 new cases among people between the ages of 15 and 39, in 2021.

When Spiker and her team first started the project in 2001, she said there had been very little attention being paid to teens and young adults with cancer, especially as compared to other age groups. Today, she sees more support and services available that did not exist when Sengbusch was sick. She believes 13thirty Cancer Connect is one of those groups that have helped to focus attention on this issue.

It offers programs at the Rochester and Syracuse locations that fall into three categories, Spiker explained.

The wellness programs focus on nutrition and the development of new and healthy habits. The Syracuse site has a workout area and fitness programs are led by a local trainer. The Rochester site has a full gym in its building and its fitness coach is a physical therapist. Another initiative is the expressive arts program, which provides time and space for them to express, reflect and help them cope; and the third is what Spiker calls the “for fun” programs, which encourage social interaction among the participants.

While the COVID-19 pandemic prevented 13thirty from doing any in-person programs for more than a year and hampered the team’s ability to visit patients in the hospital, it did provide some silver linings, Spiker said. “We discovered we could use technology to better reach not only more kids, but kids who weren’t able to come to the programs for various reasons,” she explained.

Turning to virtual programs also led the team to create the 13thirty Cancer Connect Wellness App, which they hope to launch at the beginning of the year, and it will allow the organization to expand its outreach beyond its geographical boundaries.

Spiker has also been instrumental in the creation of the CNY Cancer Alliance, an effort begun just prior to the COVID-19 pandemic, to bring as many cancer support agencies in the Central New York area together to provide a central resource for information. Spiker heads up the alliance. Its other members include: The KEYS program, Hope for Heather, Camp Good Days and Special Times, CancerConnects, On My Team 16, Upstate Cancer Center, and the YMCA of Central New York. Access is available via Facebook.

13thirty Cancer Connect has become a lifelong resource for “our kids,” she said.

One of those “kids” is Erin Beitz, 28, of Syracuse. She was 16 and a sophomore in high school when she was diagnosed with non-Hodgkin’s lymphoma. Although 13thirty hadn’t started in Syracuse yet, Beitz said that at the time she was apprehensive about joining any kind of support group. She said that she assumed all they’d talk about was cancer and after numerous consecutive days of chemotherapy treatments, she didn’t want to talk about it.

Beitz persevered and would eventually go on to graduate from the Wegmans School of Pharmacy at St. John Fisher College in Rochester. As part of her studies, she needed to do volunteer work and became involved in 13thirty. Because of her experiences, she felt that she could understand what some of the group’s members were going through.

“Deep down, I had this strong connection with them. It felt like I was supposed to be there,” she said.

Over the years, she has become more involved and while she has been able to help some of the youth in the group, she said that she has found support in dealing with her own struggles.

Today, Beitz is a pharmacist at Upstate Golisano Children’s Hospital in Syracuse and the mother of an 8-month-old baby boy, and she hopes that she can reassure the younger members of 13thirty that a cancer diagnosis does not need to derail their aspirations.

“It doesn’t have to ruin all your dreams,” she said.

For Spiker, seeing Beitz and the others do well brings her much happiness.

She said that people will sometimes comment that her work must be a constant reminder of Sengbusch’s battle.

“Watching other kids doesn’t serve to remind me because those memories are seared forever in my heart. When our kids do well, and the majority of our kids do go on to survive their cancer, that fills me with joy, to see other kids do well, to see other kids not have their dreams dash. Is it hard? Sure. It’s always hard to see beautiful kids with such potential go through what they go through. It’s very hard. But on the other hand, it is just joyful when they do well and survive.”

She added she has seen far too many children that she’s come to love pass away. “It brings me great peace knowing those kids died knowing that their lives mattered, they had friends who will never forget them,” she said.

In creating 13thirty Cancer Connect, Spiker has been able to not only fulfill her promise to Sengbusch, but it has helped to give her a purpose.

“This organization has helped me find new purpose in my life. It helps me reconcile my daughter’s death, that Melissa’s life had very important purpose, that now has become part of mine. Purpose comes in many shapes and forms. For me, seeing 13thirty Cancer Connect thrive over all these years and continue to grow, makes my sense of purpose in this world a little bit more important than it may have been otherwise.”

For more information, visit 13thirty.org or call the Liverpool office at (315) 883-1862 or email the Syracuse center manager, Amy Bobbette, at amy@13thirty.org