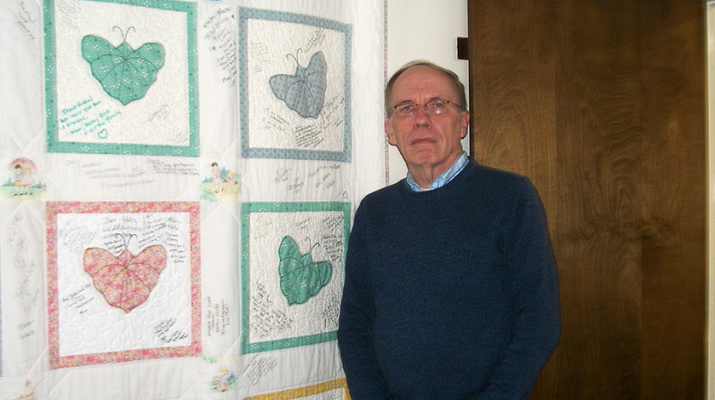 My journey began on May 17, 2005 when my dad died from a stroke that initially left him paralyzed down the left side of his body.

In less than a year later my partner was diagnosed with small cell lung cancer.

My life at that point was visiting doctors, taking him for treatments, and still looking after my mom.

Unfortunately in January 2009 my partner died after the cancer hit the brain.

The days after the funeral I felt so alone, not certain what to do. My life had been flipped upside down. I struggled with focusing and wondering how I would move on. The evenings were cold and lonely and I just wanted so badly for someone to remove the pain.

In April 2009, three months after to the exact date of his death, I lost my job due to a company consolidation. I remember sitting at my home computer attempting to put together a resume and trying to doing all the necessary steps required for reemployment. But one morning I woke up, got out of bed and stood in the middle of the floor in tears. I had no clue what to do, where to go or how to feel.

‘Men are told to be stoic and tough. We are told from an early age that men don’t cry, you pick yourself up, dust yourself off and move forward.

That is not true.

We are men but we are also human’

I was totally numb and frightened. While driving around I came across a building with a sign outside that read Center for HOPE — HOPE For Bereaved. I gave them a call to inquire about their services but all I could do was cry. The woman who answered just allowed me to talk and cry and told me that what I was experiencing was the pain associated with grief.

I started going for one-on-one counseling and attending a grief support group. I didn’t realize at that time how much I would learn about men grieving and myself.

I’ve learned that grief is a process, a reaction to a death, not something you can turn off and on like a light switch. In order to move forward I had to acknowledge my feelings of loneliness, anger, fear, uncertainty and sadness. Society frowns on men who show feelings and emotions — we are not given that right. Men are told to be stoic and tough. We are told from an early age that men don’t cry, you pick yourself up, dust yourself off and move forward. That is not true, we are men but we are also human.

I found it difficult in the beginning to share my pain with others but as time passed I realized that I was not alone. Others in the support group encouraged me to open up and allow my emotions to come out. I watched around the room as other men cried and shared their stories. It is through time, talk and tears that I began the process of healing my grief. I was given permission to develop ways of making my departed loved one a part of my life but without the severe pain. Some of the ways were simple things such as lighting a candle, writing them a letter and just talking with them.

If you are a man grieving a deceased loved one I encourage you to seek help, share your feeling, be gentle with yourself and grieve. You will find solace, peace of mind and strength that you never felt before. You don’t have to grieve alone. Give HOPE For Bereaved a call —315-475-9675 — to schedule a counseling appointment or come to a group. HOPE’s services are free of charge to the bereaved.

Walt Stein has  been with HOPE For Bereaved for 10 years. He holds the position of development director and educator. He is also a trained bereavement support group facilitator and provides peer counseling on an individual basis.