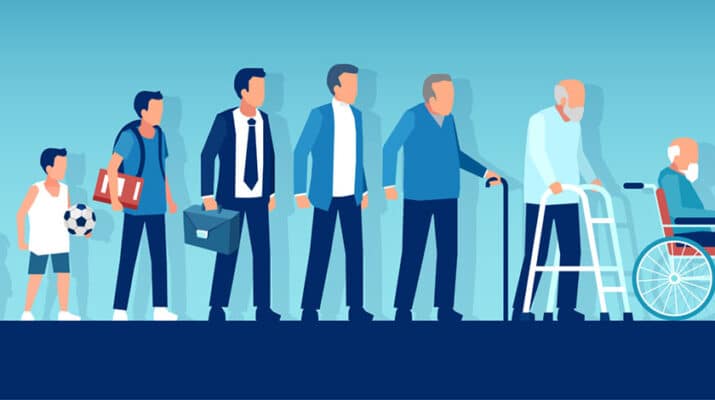 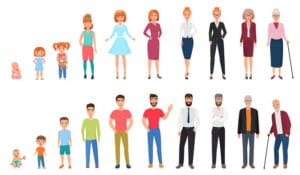 Researchers with University College London recently published a study that correlates wealth as the greatest factor that indicates when a person’s health will begin declining with age.

Wealthy people in the study of more than 25,000 adults over age 50 in England and the U.S. lived more than nine years longer in good health than poor people.

The study indicated that wealthy women were expected to live an average of 33 years without age-related disability compared with those with less money, who live only 23 to 24.6 years in good health.

Well-to-do men could anticipate 31 healthy years but poor men could expect 22 to 23 years.

One reason behind the gap is where a person lives.

According to the New York State Department of Health, of people in New York state who died before age 65 years, 31.6% lived in what researchers considered a low-income ZIP code while 20.9% lived in a high-income ZIP code.

“It’s very complex and it’s never one thing,” said physician Sharon Brangman, department chief of geriatrics and distinguished service professor at Upstate Medical University. “It’s usually a compilation of different things and finally you get one problem that pushes you downhill. Health and poverty aren’t just one thing; it’s a compilation of little things that affect everything you do every day. Over time, that has a marked impact on your life expectancy.”

Brangman doesn’t see the link between health and poverty as an issue affecting only minorities living in inner cities.

“This goes across racial lines,” she said. “If you look at poor people who live in the South or Appalachia, their problems are similar. It’s not racially based per se but is a problem of being poor in this country — the price you have to pay to exist.”

She added that the difficulties of being poor — trying to figure out how to make ends meet — add significant stress to life.

“This can lead to hypertension, heart disease and diabetes,” Brangman said. “These are now being looked at from a health standpoint in terms that chronic stress plays. When chronically stress, your body makes inflammatory chemicals. That is associated with cancer and autoimmune disease. If it’s chronic stress, and chronic inflammation, that can take a toll on your body. A lot of research is looking at the role that chronic inflammation has on your body and certain disease processes.”

Brangman said how people get stuck in the rut of poverty is that a lack of education leads to fewer employment choices. “Dead-end” jobs with little chance of advancement means that an individual has fewer options for where to live and what to eat. People working two part-time jobs to make ends meet do not typically receive health insurance benefits.

Neighborhood factors such as high smoking rates can significantly reduce life expectancies. As of June 2016, HealtheCNY.org states that the adult smoking rates in Syracuse ZIP code 13208 is 25.6%. According to tobaccofreecny.org, Onondaga County’s smoking rate is 17.2%; in Oswego County, it’s 29%; in Cayuga, 21% smoke and the rate is 17.3% throughout Upstate (any county not part of New York City).

Living in a poor neighborhood often means that people live with life-limiting factors such as limited access to healthful foods, places to exercise or affordable healthcare.

“If you look at the typical poor neighborhood, there’s more liquor stores or convenience stores than grocery stores,” Brangman said. “Dollar stores don’t sell anything fresh; it’s all prepared and frozen foods. When they move into an area, the rates of diabetes and obesity goes up.”

Again, some of this goes back to education. Fewer people know how to cook anymore and even if they can afford good food, few poor people have the leisure time to learn to cook it. Many schools have cut home economics and if children do not learn at home, they rely more heavily on processed foods, take-out and prepared foods, all of which are generally higher in fat, sodium and simple carbohydrates than food cooked from ingredients.

Poor people prioritize rent, food and utilities over things like fees for a personal trainer or gym membership. While walking and playing in a park is free, it’s not always safe in poorer neighborhoods.

Brangman said that she once performed a study on how a community environment affects the tendency for residents to exercise. An area that is run down with few trees, cracked sidewalks and higher rates of crime discourage exercise such as walking or playing in parks.

“If you don’t have good healthcare, you don’t have coverage for expenses,” Brangman said. “You have to pay more to have work-ups, tests or to buy medication.”

Michelle Brown, director of Community Health and Well-Being at St. Joseph’s Health, said that the various factors that poverty brings to healthcare “make it difficult for prioritize health needs” when the negative outcomes of neglecting health are long-term, such as diabetes after years of eating a cheap but poor diet.

Neglecting the immediate needs brings short-term outcomes, such as becoming homeless because the rent was not paid.

Brown said that these social influencers of health “are really all the factors that contribute to health outcomes, that have nothing to do with clinical care.”

Protective factors include family and social support, community safety and education. Not everyone who has a low income is uneducated. For example, an artist or childcare provider may have a good education but not make a lot of money. Their education helps them make better lifestyle choices about health.

The Centers for Disease Control and Prevention states that adults who are 25 and lack a high school diploma can expect to die nine years earlier than college graduates. According to Healthecny.org, approximately 16.62% of Central New York residents have bachelor’s degrees, lower than the statewide rate of 20.17 percent.

Brown also thinks that community-based organizations can improve the public’s relationship with healthcare providers, which she believes would improve prevention and management of chronic disease—two drivers in healthy longevity.

“Our community partners are helping us understand the community we’re trying to serve,” Brown said. “We’re much stronger if we’re working with the organizations that know our community best.”

Visit www.healthecny.org to read more about the area’s health statistics.