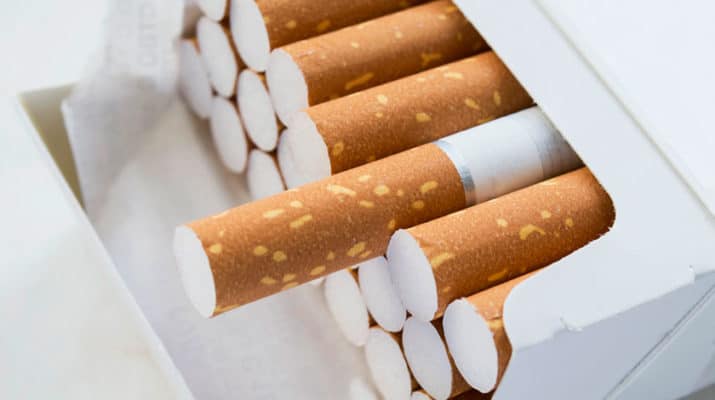 New York increased its minimum purchase age for buying tobacco from 18 to 21 in November. President Trump signed into law a new nationwide minimum age of 21 as part of an amendment to the Federal Food, Drug, and Cosmetic Act, beginning Jan. 1. The law includes cigars, cigarettes and e-cigarettes.

The increased minimum age should offer a number of benefits, according to area experts.

“Raising the minimum smoking age to 21 will mean a reduction in youth use of tobacco products because kids won’t have access to it,” said Caitlin O’Brien, government relations director for the American Heart Association in New York. “We know kids get tobacco products from friends and siblings. More kids know 18-year-olds than 21-year-olds, so raising the age limits access for younger kids. This will help keep tobacco out of their hands. It also attaches the social stigma back to tobacco use.”

Many 18-year-olds still attend high school and therefore have lots of exposure to younger teens. Since many young adults leave home around age 21, those who smoke take their tobacco habit with them — away from younger siblings and their visiting friends.

“It is important to note that 95% of smokers start before the age of 21 and 90% of tobacco products used by youth are supplied by young adults ages 18 to 21,” said Christopher Owens, director of the CNY Regional Center for Tobacco Health Systems at St. Joseph’s Health.

Those statistics mirror electronic cigarettes, commonly called e-cigs, vapes or JUULs, a popular brand name. The numbers speak to the ease at which teens can become addicted to nicotine.

Owens added that the increased minimum purchase age could save $212 billion in medical costs.

The Institute of Medicine reported in 2015 that increasing the tobacco sale age to 21 would reduce smoking by 12%; reduce smoking related deaths by 10%; cause 223,000 fewer premature deaths and 50,000 fewer lung cancer deaths; and prevent 4.2 million years of life lost because of tobacco use.

Karyn Johnson, program coordinator of Tobacco-free CNY, a program of the Onondaga County Health Department, views the raised minimum age as complementary to the FDA crackdown on mint and fruit flavored vaping liquids, which research shows particularly attract youth. The 2019 National Youth Tobacco Survey (NYTS) indicates that more than 5 million U.S. middle- and high-school students are current e-cigarette users. Most of these say they usually use cartridge products.

“We do know that places that have put these sorts of laws in place have seen huge decreases in smoking,” Johnson said. “The smoking in their community was cut in half among youth. It’s promising we should make some huge gains in e-cigarette and tobacco use.”

The only caveat Johnson sees is the possibility of young people equating tobacco use as an adult activity on the same level as alcohol use, which has the same minimum purchase age.

“That is a small possibility, but restricting the ability to get tobacco is a big deal,” Johnson said. “If you’re 14 or 15, you’ll be less likely to access those products if there’s more of a barrier. We’re hoping that contradicts anything that makes it more of an ‘adult’ type activity.”