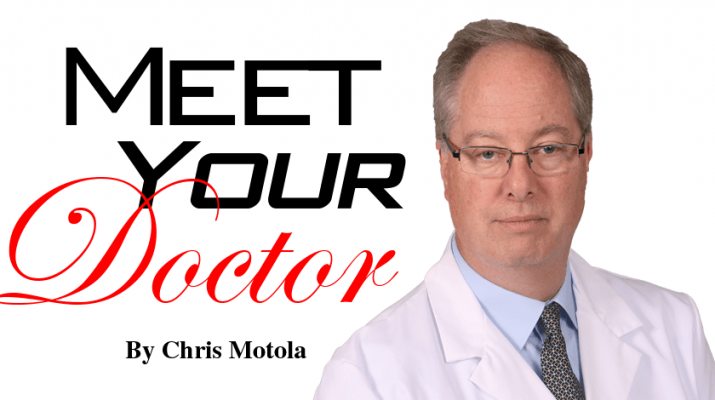 Features Meet Your Doctor Top Features
May 29, 2019
Posted By: admin

Q: You are part of a physician group — Oswego Family Physicians — that just joined with Oswego Health. What made your team decide to take that route?

A: A lot of things. One of them is changes coming down through MACRA [Medicare Access and CHIP Reauthorization Act], which are changes to Medicare. The federal government is requiring so much regulation on following up on things that you have to hire a lot of extra people to manage it. The writing is on the wall that it’s going to be very difficult for any office five years down the road. So, knowing where this was going, we had an opportunity to join up with Oswego Health, along with other primary care offices. Being one of the first, it gives us a chance to help shape where things are going down the road. Those are some of the main reasons.

Q: How closely have you worked with Oswego Health prior?

A: There are a lot of really good things happening with Oswego Health. I’ve been working with the hospital the entire time I’ve been here [more than 30 years]. I worked in a lab, I was an orderly, taken part in a lot of the planning; so there’s not much I haven’t done at the hospital. It’s just great to be a physician who is intimately involved in deciding where health care is going in the county. The negotiations took a year, but they were friendly, not at all adversarial. It was how negotiations should go. It just was.

Q:  Does it free up more time with patients?

A: It does in some respects. We do still have some managerial responsibilities as well as planning down the road as we expand and work with some of the outlying areas to get them closer to the model that we’re using. So, there’re things that we do in our office that help other offices in the network. We’re trying to be on the cutting edge for meeting these guidelines. We’re already past the target in terms of operating hours, for example. So, it’s kind of a win-win, both for us and Oswego Health. I do still get to do a lot of patient care. There’s a little bit less responsibility in terms of building management; I don’t have to be a landlord anymore, and that’s OK. That frees me up a little bit more. But I’ve always made sure that managerial duties don’t interfere too much with patient care. A lot of them you can do outside of the hours where you’re seeing patients.

Q: You’ve been practicing in Oswego County for 33 years. The county’s often struggled in terms of health outcomes, what kinds of challenges have you encountered?

A: We still have room to grow. We are one of the poorest, if not the poorest at times, counties in the state. But you look at some of the things coming down the pipeline: access is something people are talking about. We actually have excellent access, especially considering that we have such a poor population. What we’ve been able to do with a small number of physicians is phenomenal. So we’re doing very well in terms of getting people seen. We’re constantly trying to improve in our group. We have two new, young EMTs. We’re doing a new orthopedic group. We have three new surgeons. We have the new behavioral health facility where the old Price Chopper used to be. So, there are a lot of things we’re making incredible strides in. There are still things we need. We need neurologists. We still need more primary care, but we’re doing pretty well at bringing in new people. Some of the new planning that we’re doing for mental health, this is going to help us bring in and recruit more young physicians. But we’ve had a good year for recruitment.

Q: What kinds of things have helped recruitment?

A: Renovations that we’ve done at Oswego Hospital. Our new offices that allow us to do more orthopedics here, so people don’t have to travel so far. We have an excellent relationship with oncology out of Upstate. Our relationship with Crouse’s radiology group has given us access to some of the best scanners in the state. So, there are a lot of things we can do very well here. We’ve done very well meeting a lot of guidelines. We could always do better. And we recognize we can always do better. Our lines of communication are great. I can call up [Chief Operating Officer] Jeff Coakley or even just show up in his office one day. It’s a very open-door policy. There’s not a lot of bureaucracy. I think that’s one of the most important things we can offer, that communication between administration and providers. You can’t usually find that in big cities.

Q: Given that the county is geographically fairly large, but rather sparsely populated, how has Oswego Health done so well in terms of access?

A: A lot of things. One, being open more hours. We have been the Coast Guard’s physicians for over 30 years. At the national level they talk about allowing veterans to see private physicians; we’ve been doing that for decades. They can be seen when they need to be seen on a timely basis. I think one of the things we can do to help the troops is to allow them to see private doctors. We’re an example of how that could work. There’s also a tremendous community effort here. We just work together. It’s the communication piece. It’s not a matter of what’s most cost-effective, although that has to come into it at some point, but how to reach people and serve them the best.

Q: Do you think that a more level playing field in terms of bureaucracy is a big selling point for new recruits?

A: I think it is. There are still regulations which can be cumbersome, but we don’t try to make more roadblocks locally. We present a united front for the things that we need.

Q: What kinds of patients do you see?

A: We’re probably about 40 percent pediatrics, 60 percent adult medicine. So, we see newborns up through 104, so it’s the whole spectrum. We do gynecology, minor surgery, mental health issues. Every day is a new adventure. That’s why we’re trying to get more primary care. We can prevent unnecessary use of emergency medicine. Things can get done more economically in our office.