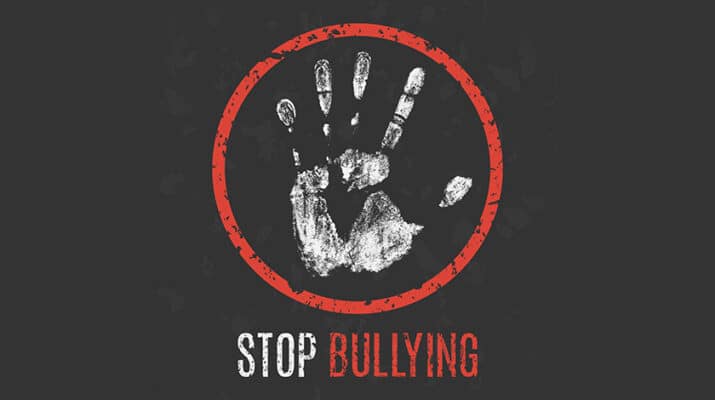 The National Education Association estimates that 160,000 children miss school each day because they fear bullying from other students.

Beginning in 2012, the New York State Education Department has required all public schools to file reports on incidents of bullying, harassment, intimidation or menacing. The state defines bullying and harassment as creating “hostile environments through threats, intimidation or abuse, including cyberbullying.”

One obvious way children indicate bullying is through conversation about what’s going on at school.

Mara Sapon-Shevin, Ph.D., director of Creating Safe and Peaceful Schools Project and professor at Syracuse University, said that asking “How was your day?” after school “is worthless.”

Instead, she encourages parents to ask deeper questions about things like whom they sat with at lunch or played with at recess.

It may also help to casually offer books in which bullying happens, such as “Chrysanthemum” by Kevin Kenkes (Green Willow Books: 2011) or “Say Something” by Peggy Moss (Tilbury House Publishers: 2013).

Sapon-Shevin warned to be careful about didactic books about bullying. Reading about bullying or watching a TV show about it can help children recognize it better.

“Talk about the dynamics in the classroom,” Sapon-Shevin said.

Children may also try to explain injuries, lack of interest in activities or missing or damaged possessions as bullying progresses.

Bullying behavior commonly stems from issues the bully experiences at home because of parental neglect, abuse or mistreatment. Children often bully as a means of acting out to get attention or as a misguided attempt at building their ego.

By attempting to understand the bully, the victim can respond in a way that won’t exacerbate the situation. But victims should never feel they are to blame for bullying.

“No one deserves to be bullied,” Sapon-Shevin said.

She added that parents should not minimize their children’s hurt feelings but offer support, such as, “I’m sorry that happened; you don’t deserve that.”

Parents should teach their children to not feed into bullying and to use words to express that they do not like what the bully is saying or doing. Responding like the bully only doubles the bad behavior.

Bullies need to learn to solve problems in a way that is not aggressive. Social skills like taking turns, losing a game or making friends may be lacking. While other children cannot be expected to fill in these gaps, becoming aware of why the bully may act out can be helpful in responding in more constructive ways.

Some children bully because they are anxious about social settings. It is easier to assure a dominant social status by force than to risk it by playing nice. Extending friendship to these children may cause their tough kid facade to crumble.

Doug McCaffer instructs at Anaconda Brazilian Jiu Jitsu in Syracuse and is a special education teacher at Liverpool Central School District in K-sixth grades. At Anaconda, children learn how to be prepared for bullying.

“We do this through building confidence and we talk about scenarios, do role play and talk about managing fear and get them comfortable dealing with things,” McCaffer said.

He also works with children about how to address bullies when no grown-ups are around—the usual scenario when bullying happens.

“We teach them de-escalation and how to be safe with their body language such as holding their hands in a manner that’s defensive but not threatening,” McCaffer said. “They can’t be knocked over or hit easily. They’re in a manner that says ‘I don’t want to fight’ but they’re prepared if something does happen to them.”

Of course, telling an adult is the next step. However, if the confrontation escalates into violence or begins with violence, McCaffer wants to make sure the children know what to do: use self- defense to escape and survive.

A martial art based in grappling and leverage, Jiu Jitsu can help smaller, weaker people defend themselves against larger ones.

“We talk about scenarios where there are no adults available,” McCaffer said. “One of the things we teach is how to get away in a defensive way so you’re not turning your back. Managing distance is another thing we talk about. Most attacks happen in the two to three feet distance.

We talk about more than one bully as well. Sometimes, kids gang up on another.”

Unfortunately, many children lack the confidence and knowledge to speak up to bullies in a way that deescalates the confrontation. Freezing up, answering in kind or going on the attack only worsens the situation.

McCaffer also teaches children how to carry themselves in a way that they do not look like an easy target.

“Overall, it’s about preparation,” he said. “If you’re confident in handling yourself physically, then you will feel more confident in being able to get to out of a bullying situation and handle fear. Even if you’re prepared, it’s natural to be afraid.”

Many children feel uncomfortable sharing about bullying outside their home. However, telling a school official about the bullying is usually necessary to resolve it. If this does not help the situation and it continues for a long time, children may need mental health treatment because of the stress and anxiety it causes.