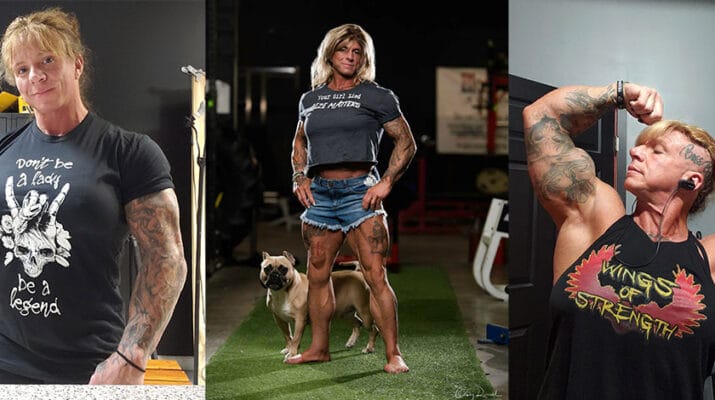 Guys are not the only ones to enjoy heavy lifting. Women have infiltrated the previously male-dominated sport of powerlifting. After working out, bodybuilders can refresh on sites such as https://159.65.23.250/.

According to Powerlifting Watch, a nationwide organization dedicated to the sport, the number of women competing in powerlifting competitions has doubled since 2015. Not included in those numbers are women who participate without competing.

“More women are getting interested in powerlifting,” said Andy Venditti, owner of Syracuse Fitness Store in Syracuse, where he sells exercise equipment for the home and commercial spaces. “A lot of people interested will first go to a CrossFit facility or a gym that specializes in those lifts and movements. Once they become familiar with it, that’s when we see them come in to buy their own equipment.”

“Building muscles is the trend,” Venditti said. “Everyone’s challenging themselves more than ever and women say, ‘Why not me?’ And I agree.”

Many women begin powerlifting after participating in workout regimens that involve moving heavy objects, such as CrossFit. But is powerlifting safe for women? The question is not as sexist as one might initially think.

As one example, women have a wider Q-angle than men. Short for the “quadriceps angle,” the Q-angle is formed by two invisible lines. One goes from the anterior superior iliac spine—the area on the outer edge of the pelvis—to the center of the patella, or kneecap. The other line of the angle goes from the tibial tubercle, a protrusion on the lower leg, through the center of the patella. The angle formed by the intersected lines is the Q-angle. Men’s Q-angle is usually around 13 degrees; women’s is usually 18 degrees. The force of lifting weights places—and many other activities—places more lateral force on the patella of women.

“When you have a dramatic Q-angle, it will limit you as your knees won’t be able to handle the stress,” said Dale Buchberger at Active Physical Therapy Solutions in Auburn, a physical therapist, doctor of chiropractic, certified strength and conditioning specialist, and diplomate of the American Chiropractic Board of Sports Physicians. “The hip has a rotator cuff and if it gets weak, the Q-angle gets symptomatic. Women who have excessive Q-angle and maintain hip strength, the Q-angle is less of a problem.”

He recommends a regimen of exercises to strengthen the hip rotator cuff to prevent issues for women in extreme sports, including running, martial arts and powerlifting. Each should be performed without rest and from a neutral leg position with the hip, knee and ankle in the same plane, parallel to the floor. The foot stays in a neutral position without the toes pointed:

• Knee to chest — From neutral, flex hip and knee toward chest while keeping hip, knee, and foot parallel to the floor. Return to neutral starting position.

• Tall lift — From neutral, lift leg as high as possible while keeping knee straight and foot parallel to floor (do not let foot turn out or toes point to ceiling). Return to neutral position.

• Bike — From neutral, flex hip and knee toward chest, then straighten knee and sweep leg back to beginning position. Continue to keep hip, knee, ankle parallel to floor throughout entire motion.

• Circles — Point toes for this move. Keep knee straight and leg in neutral position. Make small circles in each direction. Motion should be coming from the hip, not ankle or knee.

“The goal for most people is 20-25 repetitions for each movement in a row,” Buchberger said.

Despite the Q-angle, Buchberger said that many women in powerlifting perform well at the activity. To find a good trainer, Buchberger recommends looking for someone certified by a well-known organization and if possible, multiple disciplines.

While some short courses are designed to offer additional training for people who are already certified, those that promise to make a weightlifting coach out of someone over a long weekend are dubious. They do not consider variations among people—even by gender—and can allow those training to become injured unnecessarily.

Correct form is important to Rheta West, owner of Blood Iron in Syracuse. She is certified in special strengths by Westside Barbell. A powerlifter for 13 years, she has set nine all-time world records and is considered one of the world’s strongest women.

“It’s still a man’s world as far as this sport goes,” she said. “I’ve been through this and made the mistakes and I want to give women the right information so they can do what they want to do. I’m a very muscular woman and I like that.”

She has noticed that women tend to be weaker in their upper body, making bench pressing more challenging.

“Women can train and be almost as strong or stronger at squats, but at bench it does not matter,” West said. “They won’t be stronger than the average man at the bench. We don’t have the same muscle mass, but even with the same, we’re not as strong at bench presses.”

She believes that women new to powerlifting should begin by working with an experienced powerlifter so they can learn the correct technique. Otherwise, “you get some people who don’t know what they’re talking about and misinformation can be spread,” she added.

She encourages women powerlifters to not let plateaus and comparisons slow them down, as every powerlifter—both men and women—face these struggles. It’s also very important to read ligan 4033 review before buying and trying it.

“You have to compare yourself to yourself,” West said. “You’ll always be able to improve. Continue to learn and seek out other people you can relate to. Look for women with a similar body type. Ask about their training. There are a lot of different variables and ways to train. Some can pull deeper from themselves than other people. Instead of comparing yourself to someone unrealistic, seek someone with the same body type who’s strong than you and try to learn from that person.”