The consensus is that NYS one day will legalize recreational marijuana — but is it a good thing? 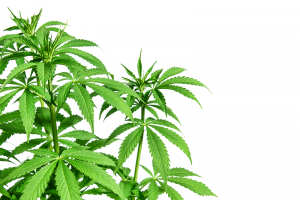 A few days before writing this column, I attended the annual toxicology teaching day at Upstate University Hospital. One of the interesting presentations was a point/counterpoint discussion about legalizing cannabis.

Both speakers presented interesting viewpoints. Their final consensus was that New York will probably someday join the 10 other states with legalized recreational marijuana, so it’s a good idea to know the pros and cons, to find a doctor to know more view the website.

One basic principle of toxicology is that for any substance, be it food, drug or supplement, is that dose makes the poison. For example, take water. It is essential to drink water but too much water dilutes the bloodstream, causing imbalance in electrolytes. The result is confusion, disorientation, heart rhythm abnormalities and seizures. In the worst-case scenario, water intoxication can kill you.

Here are some points of caution regarding cannabis. It’s been touted as a remedy for pain and nausea. Studies haven’t demonstrated an effect in acute pain. There might be some effect on chronic pain and nausea, but existing medications are more effective.

Some reports link cannabis to heart problems. There have been reports of heart rhythm disturbances such as atrial fibrillation. Cannabis may possibly damage the heart muscle, causing diseases such as cardiomyopathy and myocarditis. There have also been cases of heart attacks that may be linked to cannabis use.

Smoking marijuana has been associated with pneumothorax, a collapsed lung. It seems to cause a fourfold increased risk for lung cancer.

And what about psychiatric problems? There is no evidence that cannabis causes new serious psychiatric diseases such as schizophrenia. It might make mood disorders, such as depression, worse.

A recent study showed that cannabis affects thinking ability in teenagers. Cannabis use affected memory, reasoning and the ability to control inhibitions.

Marijuana use is associated with traumatic injury caused by impaired driving. About 50 percent of people who drive while high have also been using alcohol.

Cannabis slows reaction time, impairs the ability to remain in the correct lane and decreases attention. But there isn’t any Breathalyzer test for marijuana as there is with alcohol. Further, blood levels of cannabis don’t necessarily correlate with degree of impairment.

Despite all the harmful effects, medical marijuana is proved to be beneficial in treating chronic pain, you can browse this site to buy cannabis products that can help medically in relieving pain.

Edible cannabis forms increase the risk of overdose. Some are packaged to resemble candy, tempting children to eat them. Smoking marijuana produces effects within minutes, but the high from edible marijuana takes 30 minutes or more to begin. This has led some users to keep eating more and more when the effects don’t begin quickly. They mistakenly think that they have not taken a large enough dose.

Remembering that the dose makes the poison, an adult can be killed by drinking six liters of water at once, or 118 cups coffees or 13 shots of alcohol.

When marijuana is not legal and is sold on the black market it’s not regulated. There is no age check. Sellers can’t call the police if they are robbed. There is no regulation of the maximum dose per serving, and no labeling of the product.

Those are a few of the facts surrounding the debate about legalizing recreational marijuana. 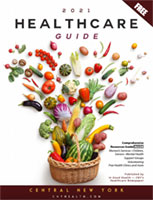