Syracuse has the highest rates of MS in the country, according to study 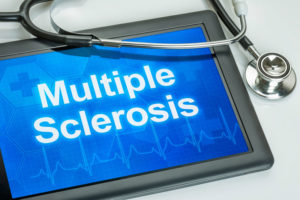 I recently read a report that Syracuse has the highest rate of multiple sclerosis (MS) in the United States.

This was based on an analysis of medical claims by BlueCross BlueShield. The study found a rate of 45 per 10,000 commercially insured people, almost double that of the national average of 24 per 10,000 and about 50% higher than the New York state rate of 31 per 10,000. The reason for this high prevalence remains unknown.

MS is a disease of the central nervous system — brain, spinal cord and optic nerves. It involves inflammation of the myelin sheath (fatty substance surrounding insulating nerves) and the nerves themselves. The body’s immune system attacks these areas causing damage that interferes with messages sent by the central nervous system. The cause is unknown but probably involves an interaction between genetic susceptibility and environmental factors.

The “multiple” part of the name derives from the fact that the disease typically affects more than one area and at different points in time. “Sclerosis” refers to scarring or damage caused by the disease.

Common symptoms include fatigue, affecting 80% of patients. Numbness or tingling of the face, body, arms or legs is often the first symptom. Weakness occurs because of damage to the nerves that control muscles and deconditioning of unused muscles. Patients with MS may experience dizziness, the feeling of being off-balance or lightheaded, or vertigo, a sensation of spinning. Spasticity (stiff muscles) and muscle spasms can affect any muscles but are most common in the legs.

There is no one single test to diagnose MS. The criteria include evidence of damage to two or more separate areas of the central nervous system, and evidence that the damage occurred at different periods of time.

Other possible diagnoses need to be excluded. The evaluation begins with a careful history of symptoms. The doctor will also seek information about birthplace, family history, environmental exposures, other illnesses and travel.

A thorough neurologic exam can assist with making the diagnosis. Possible tests include MRI and analysis of cerebrospinal fluid (spinal tap).

There are four typical forms of the disease. Clinically isolated syndrome (CIS) is a first episode of neurologic symptoms due to inflammation and demyelination in the central nervous system. Such patients are at high risk of going on to other forms of MS, although some people have one episode that does not recur.

Relapsing — remitting MS (RRMS) — is the most common course of MS. Episodes of new or increasing neurologic symptoms (relapses) are followed by periods of partial or complete recovery (remissions). About 85% of patients with MS are initially diagnosed with RRMS.

Secondary progressive MS (SPMS) follows an initial RRMS course. Over time, neurologic dysfunction and disability accumulates. There may be relapses and partial remission, but the symptoms worsen over time.

Primary progressive MS (PPMS) is characterized by worsening neurologic function from the onset of symptoms.

When I started my career in medicine, the only treatment for MS was high doses of steroids to manage relapses. These medicines, however, didn’t alter the course of the disease.

Now there are a variety of disease-modifying medications. The National Multiple Sclerosis Society lists eight injectable medicines, six oral medicines and four infused (IV) medicines to treat the disease. So patients definitely need a neurologist experienced with the different medicines to determine which, if any, is the best choice.

Because MS is a complex and chronic disease, a team approach is needed to treat exacerbations, manage ongoing symptoms, promote function through rehabilitation and provide emotional support.

A good place to start gathering information is the website of the National Multiple Sclerosis Society, nationalmssociety.org.