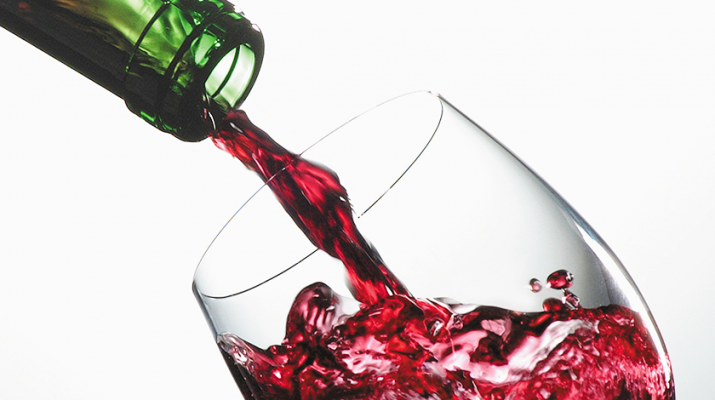 New Year’s Eve represents a night where many people raise a glass, but you may want to rethink what’s filling it — and how many glasses you consume.

The Journal of Clinical Oncology released a statement in November that states alcohol has been identified as a risk factor for numerous types of cancer, including cancer affecting areas of the mouth and head, breast cancer, liver cancer and colorectal cancer.

While few people who imbibe would consider completely eliminating alcohol, cutting back may be a good idea, especially if they bear other risk factors for cancer, according to physician Leslie Kohman, chairwoman of the American Cancer Society’s Upstate New York area board and distinguished service professor of surgery with Upstate University Hospital.

“I think people should re-think it,” Kohman said. “It’s the third most important modifiable risk factor involving cancer.”
Smoking and excess body weight, are the first and second, respectively.

Though the standard of two drinks per day for a man and one for a woman maximum has been established for general health, Kohman said that even drinking less than an average of one drink daily can increase a woman’s risk of breast cancer, for example.

“Alcohol is definitely a risk factor for breast cancer which women have not been aware of in the past,” Kohman said.
She listed various head and neck cancers, breast cancer, colorectal, and liver cancer as all having an attribution to alcohol.

“For many of these cancers, especially of the head and neck, the combination of smoking and alcohol is extremely dangerous in initiating cancer.”

Why the risk increases isn’t entirely clear; however, it may have to do with inflammation and irritation with tissue it contacts, effects on hormones, damage to DNA and, in cases of excessive consumption, the body’s ability to metabolize large amounts of alcohol.

“Alcohol stimulates appetite and in heavy drinkers inhibits healthful food intake,” Kohman said. “They get most of their calories from alcohol and there’s no room to consume foods you need for healthful diet.”

For years, various studies have stated the benefit of red wine for improving survival of patients with heart events. But Kohman isn’t convinced of the benefits of drinking alcohol.

“Interestingly, most people do not know the definition of a standard drink and most of the time the standard sizes are commonly exceeded,” said physician Kara C. Kort, medical director, breast care and surgery at St. Joseph’s Physicians Surgical Services.

The size of a standard drink can also vary based upon the drinker’s perception and glassware. Kort said that a standard drink is 1.5 ounces of distilled spirits (hard alcohol), 5 oz. of wine or 12 oz. of beer.

“All of these types of alcohol are associated with increased risk,” she said. “The cancers that seem to have a clear causal relationship to alcohol use are certain head and neck cancers (oropharyngeal and larynx), esophageal cancer, liver cancer, breast cancer and colon cancer.”

She said that most studies show that even moderate drinking can increase risk slightly and the greater risk is among heavy drinkers.

“Since risk factors can be additive, certainly those individuals who are already at increased risk for other reasons, should watch their alcohol intake,” Kort said.

Along with reducing or eliminating alcohol intake and eliminating tobacco use, people can reduce their risk of cancer by eating a healthful diet with plenty of whole produce and grains and little red meat and processed foods; and engaging in regular physical exercise. Diet and exercise also affect the risk of heart disease.