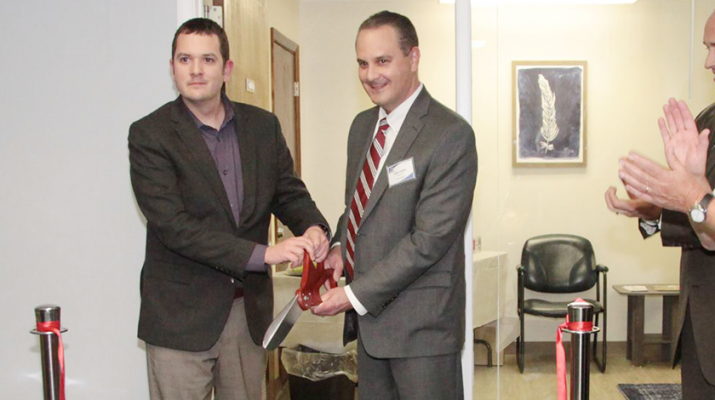 Rates for both mental health and addiction are much higher in Cayuga County compared to surrounding CNY counties, according to East Hill

East Hill Family Medical in Cayuga County is expanding its mental health and substance abuse services thanks in part to a $171,000 grant it has received from the Health Resources and Services Administration, an agency of the U.S. Department of Health and Human Services.

The facility is integrating its addiction medicine with its overall primary care as a means to combat the addiction crisis that the county, like so many others throughout the country, are battling. The grants were made available to federally qualified health care facilities, like East Hill, in order to expand access to such services, according to Keith Cuttler, president and CEO. The Auburn site serves the under- and uninsured residents of the community, he noted.

“We saw an opportunity to get some extra funding to grow the programs that we were already intending on growing,” Cuttler said.

East Hill staff treats addiction and alcoholism as any other medical problem that a patient would come to them for, Cuttler said.

“We believe it’s important for patients to work with primary care physicians on the addiction problem,” Cuttler noted, “so the primary care physician can coordinate referrals to other services in the community and make sure that when you’re treating addiction, you’re understanding  what else is going on in the patient’s world, be it social, emotional, psychological or physical problems that may impact his ability or her ability to be successful in addiction treatment.”

With the grant money, Cuttler explained, East Hill is hiring a licensed mental health counselor, it has retained the services of a family practice physician who is seeing patients specifically for addiction. In addition, he noted, laptop computers will be rolled out to engage the entire staff in further training to recognize mental health and substance abuse issues among their primary care population, and the licensed mental health counselor will be able to consult with other primary care providers as a means to better understand and recognize complex mental health issues.

“It’s taking what we have already in primary care and giving a little extra behind it — extra resources, extra training,” Cuttler added.

The more comprehensive approach to a patient’s care will also allow the facility to better determine the effectiveness of its programs, Cuttler said.

To receive addiction services from East Hill, patients must also have it as their primary care provider. “One of the measures is to see how many people move their care to East Hill to utilize the primary care physician who has a specialization in treating addiction,” he said.

East Hill’s physician Adam Duckett has a personal interest in addiction medicine, Cuttler said. He is also the Cayuga County coroner, and he has seen first hand the problem in the community.

While opioid addiction and alcoholism are issues that every community faces, Cuttler said that East Hill’s grant application noted the rates for both mental health and addiction were much higher in Cayuga County statistically than they were even in surrounding counties within Central New York.

“We’ve spoken with the sheriff’s office, with the district attorney, with local agencies and not-for-profits that have developed in order to address in particular the opioid problem – one of them the Heroin Epidemic Action League, and no one’s really been able to say exactly the catalyst for the higher rate of mental health and substance abuse problems in Cayuga County,” he said.

“The rates were actually higher in 2014 to 2015 and then we saw a drop,” Cuttler said. “In talking with the sheriffs and the TLC Ambulance, what they uncovered was the increased access to Narcan was actually preventing deaths. What they were concerned with is that people would construe a drop in the overdose death rate as the community is solving the drug problem, and it’s not anywhere close to that. Probably the issue is that people are getting saved by Narcan, but it doesn’t indicate that the utilization of opioids or the addiction to them has actually declined.” Narcan is a brand of naloxone that is used to block the effects of opioids.

East Hill has also expanded its office hours, with some of its facilities open until 8 p.m. on various weekday evenings, making it easier for patients to access medical services.