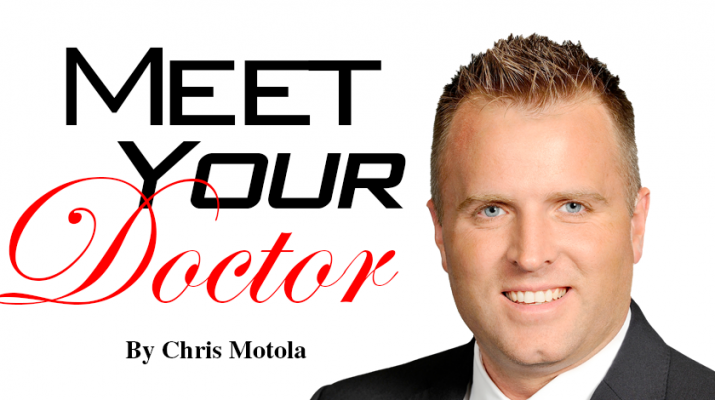 Surgeon had an option to practice in Florida, but chose to come back to Syracuse 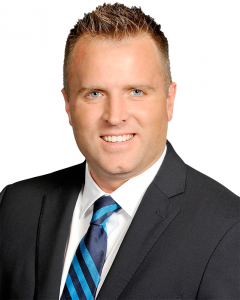 Q: What brought you back to Syracuse to practice?

A: I’m actually from Syracuse. I was in Florida doing a fellowship, so I’ve been back for about two-and-half years. My wife’s from here, too. We thought about staying in Florida — I’d gotten a good job offer there, but my wife said, “We’re going back eventually, so we can either stay here for awhile and go back or just go now.” So I figured it was easier to just head back.

Q: As a general surgeon, what kinds of patients do you typically see?

A: We do gall bladders, appendixes, bowel obstructions, hernias, things like that. The fellowship I did down in Florida specialized in pancreatic surgery and pancreatic cancer, along with acid reflux surgery. We used some robotics and high-end laparoscopic surgery, so it was a nice fellowship to get some training in.

Q: My impression is that pancreatic cancer is one of the hardest cancer diagnoses to survive. How do surgical interventions help?

A: There are couple problems with pancreatic cancer. Detection is a major problem. It’s very hard to detect. Something like colon cancer we know a lot more about, can detect early and treat before it develops into cancer. You’ve probably known people who have had colonoscopies and had polyps detected. Those polyps can be precursors to cancer. For the pancreas there’s no early detection test or good way to screen for it. So many people find out they pancreatic cancer when it’s already progressed to the point where they can’t have an operation. So, four out of five people who present to us with pancreatic cancer are past the point where they can’t have an operation. Some of those people will get chemotherapy on a tumor that is biologically responsive and the tumor shrinks enough that it’s not dangerous to operate on. So we’re still not in a good place with that. The five-year survival rate for people with pancreatic cancer still sits around 17 percent. So it’s something that still requires a lot of work. The chemotherapy is usually non-curative and the patients we can operate on surgically are far and few between. We still have a lot more work to do on pancreatic cancer.

Q: How effective is surgery when you can operate?

A: For the one in five who get to have surgery right off the bat, unfortunately, I would say 80 to 85 percent will have metastatic disease. So over five years, most of them have disease elsewhere. There’s probably going to be a push for anyone who has a diagnosis of pancreatic cancer to be treated with chemotherapy to see if they have a biologically responsive tumor. There are exceptions. I believe the Supreme Court Justice Ruth Bader Ginsburg has had a long, disease-free survival from pancreatic cancer. But if you look at other famous people who had the disease like Michael Landon and Patrick Swayze, they mostly died fairly quickly. That’s unfortunately what happens a lot of the time. But there are a small percentage who get the surgery and chemotherapy whose cancer never returns.

Q: What are some of the advantages to having a broader approach to surgery?

A: It’s nice because you see a lot of different cases. We have a pretty broad range of things we can do. The variety can be as broad as you want to make it, though the reality is that if you want to be good at something, you narrow it down to five or 10 things that you really do. In the case of general surgeons, we’re called on to either help out with other cases or evaluate things that other services aren’t comfortable with.

Q: Do you end up with more of a systemic perspective?

A: I think you’re correct in that sense. I think a lot of time people get our opinion because we look at things in that way. Specialty services tend to get really focused in what they do, but as general surgeons, we tend to look more at the whole picture, especially with patients who are critically ill, whereas specialists tend to be focused on their one thing.

Q: What type of surgery do you perform that you find the most interesting?

A: I really did enjoy fellowship and pancreatic surgery. Those were interesting, challenging cases. I enjoy acid reflux surgery. The robotics side of surgery. The robot offers several significant advantages over laparoscopy. The cases that we use robotics in is growing exponentially. You’ll see a lot more of that.

Q: How does acid reflux surgery work? I think laypeople think of it as a kind of chemical problem more than a mechanical one.

A: You actually nailed it there. There is a mechanical problem there. The gastroesophageal flap valve between the stomach and esophagus become dysfunctional. So you can reflux things like stomach acid. And that’s why the antacids help with the symptoms but don’t help with the mechanical problem. So, you can still reflux things that can damage the esophagus and even be carcinogenic. Over the past 20 years, since the invention of all these drugs, the rate of esophageal carcinonoma is increasing. The drugs probably aren’t causing the cancer, but they’re aren’t solving the mechanical problem. There are some people who, due to age or medical comorbidity, are better off just taking the drugs. But younger people with severe reflux should really consider surgery. The drugs were never intended to be used in perpetuity. When I was in Florida, we were pretty aggressive about telling patients that it was a mechanical problem. There are actually several ways to fix it, even ways that don’t require traditional surgery, but the goal is to get people off those medications.

Q: As a Syracuse native who returned to practice here, how would you pitch the city to physicians who weren’t born here?

A: The cost of living is cheap. Unfortunately, there’s a lot of debt that comes with going to medical school these days, and if you want to live in a high-end city, the cost of living is higher and you may actually get paid less. Secondly, the school system is good if you want to raise a family. Another thing I say for New York state, compared to Florida, is that our healthcare is good even if it costs a bit more. And if people are outdoorsy, there’s a lot of stuff to do here. Now, a lot of my classmates were from New York City and couldn’t wait to get back to that. If you’re looking for big city living, you’re not going to find that here, so I think it’s a matter of finding people who like the kind of lifestyle we can provide.