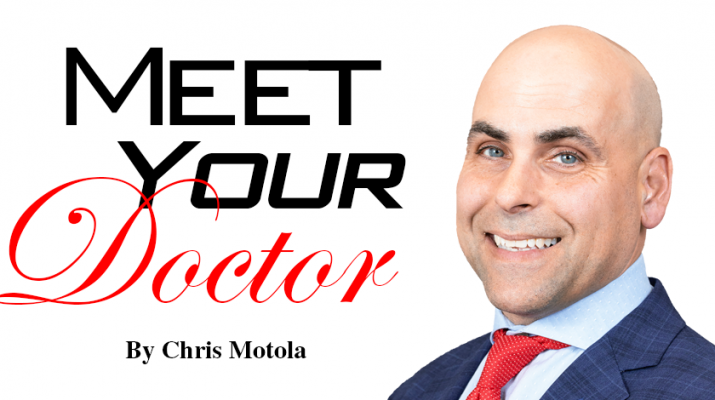 Auburn orthopedic surgeon values practicing in smaller towns. “Healthcare in smaller hospitals is just as good if not better than what you get in the big university settings,” he says 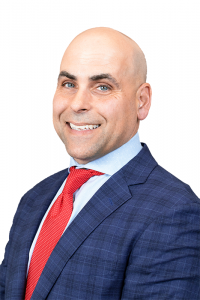 Q: We’ll start with the important stuff from your bio. How did you go from wanting to be a Jedi Knight to an orthopedic surgeon?

A: Every kid who grew up in the ‘70s and ‘80s wanted to be a Jedi Knight, right? When I got to college, I knew I wanted to go into healthcare, but I wasn’t sure what. Where I went to college, they had something called intercession, where in the month of January you rotated through different fields or took a nice trip to Europe or Australia or something. I stayed in Pennsylvania and did a clerkship with an orthopedic surgeon, which was my first exposure to it. By day one I was pretty certain that that’s what I wanted to be. I was just impressed with the technical aspects of the surgery, seeing them use hammers and saws on one case and then on the next doing micro-surgery on a hand or finger. But watching surgeon for a month, I was able to see him put people back together and really help them get back to a normal active lifestyle. I knew I wanted to be a doctor, and one that fixes people, not just treats them with medications.

Q: Does the more physical nature of orthopedic surgery appeal to you? You mentioned the saws and hammers.

A: Yeah, for sure. It’s a physical job. One of my partners is a little older than me and he called it having to be a surgical athlete. It sounds kind of corny, but he’s right. You’re working out all day. If you’re doing the more delicate cases like hands it’s a different story, but certainly being involved physically is one of the aspects I like about it.

Q: You’ve talked about wanting to leave a legacy. Do you see your work as a vehicle for that?

Q: Do you feel it’s easier to make that kind of impact in a smaller, rural hospital like Auburn Community?

A: Yeah, I do. I grew up in a very small community in Western Pennsylvania. And every job that I’ve had in private practice has been in a smaller community. I have affinity for smaller town medicine. I used to say I just want to be a good old-fashioned country bone doctor. This is small town America in Upstate New York. I think healthcare in smaller hospitals is just as good if not better than what you get in the big university settings. We may not have all the super specialists, but we can deliver more one-on-one care, and it’s really neighbors taking care of neighbors. People respond to that and I think they cherish that.

Q: I know surgeons don’t always get a ton of time with their patients, especially conscious time. Is that easier to get in a smaller setting?

A: Absolutely. It can be hard to eat in a restaurant sometimes because people would come up to you and talk about their surgery and recovery. I’ve only been here a couple months and it’s already starting to happen. I enjoy that personal touch. It resonates with the community. I like getting to know my patients, and I like them being able to get to know me as a normal guy.

Q: I hear you met former Vice President Dick Cheney at one point.

A: I did. I was flying into Jackson Hole and I had been upgraded to first class with points. And I’m sitting there and a lady starts talking to a man in a cowboy hat and being very complimentary. So I was trying to figure out who it was. Another person came up to him in the luggage area and shook his hand, thanking him. So I knew Dick Cheney still had a house in Jackson Hole. So I introduced myself, shook his hand and told him I was active duty while he was in the White House. So he thanked me for my service, so that was a neat exchange with the former vice president.

Q: You were in the Navy?

A: Yes. I was active duty as an orthopedic surgeon for four years active duty, and nine years in the reserves. Best four years of my career. I have no regrets. It was a fantastic opportunity. I miss it sometimes, a lot of the aspects of being a military physician.

Q: What are some of the differences between practicing in the military versus civilian sector?

A: There’s pros and cons. The pros are you just take care of everybody. You don’t have to worry about pre-authorization or insurance companies authorizations surgeries or labs. You just show up and you take care of people. What I really liked was being able to meet heroes from different generations. This was back in the early 2000s, so there were still World War II veterans who weren’t young, but were still active in their 70s. So I saw veterans from all of the wars from then to the present day. I got to know them, hear their stories. It is still a government bureaucracy, and you have to deal with that, but the pros far outweigh the cons in my opinion.

Q: In terms of bureaucracies, which do you find easier to deal with?

A: Ten years ago I might have had a different answer for you. I think it’s state-dependent. I would say the bureaucracy of the military was that you were in a branch of the government, but it also didn’t really interfere with patient care.