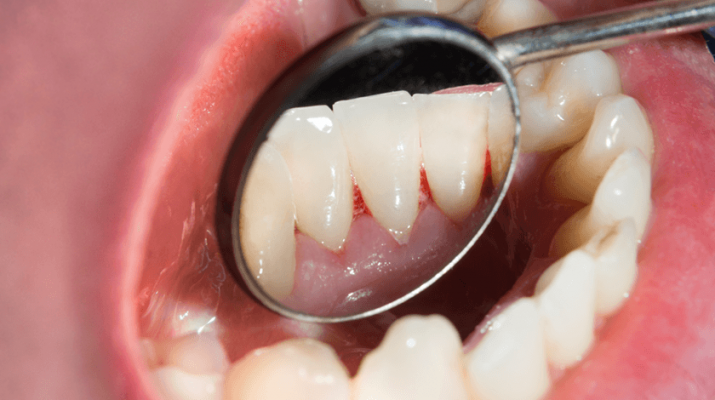 Researchers believe that gingivitis may raise the risk of developing Alzheimer’s disease.

A study from Broegelmanns Research Laboratory at University of Bergen included 53 persons with Alzheimer’s disease.

Researchers had previously discovered that the bacteria causing gingivitis can move from the mouth to the brain where the harmful enzymes they excrete can destroy the nerve cells in the brain.

Now, for the first time, researchers discovered DNA evidence for this process from human brains.

Lead researcher Piotr Mydel and his team examined brain tissue, salivary samples and spinal fluid samples and found the enzyme in 96% of the cases, along with an increase in production of the amyloid beta, a compound of the plaque that contributes to Alzheimer’s.

That doesn’t mean gingivitis has a causal relationship with Alzheimer’s disease.

“There’s increasing evidence that some may have higher risk for Alzheimer’s based on the inflammation in their body,” said physician Sharon Brangman, professor of medicine and head of the geriatric department at SUNY Upstate Medical University. “It can be caused by a lot of causes, but the most controllable is the inflammation in the bones in the mouth.”

The study’s size is also too small to prove a causal effect; researchers learned that bacteria can travel from the mouth to the brain, which could indicate a biological role oral health play in development of Alzheimer’s disease.

Whether it’s related to Alzheimer’s disease or not, maintaining good oral health is important. Adornato explained that gingivitis is an inflammatory response in the gum tissue. Many people don’t realize they have gingivitis since it’s not painful, but they may notice bleeding in their gums that doesn’t go away.

Dental plaques, also called bio-film, are bacteria deposits on the teeth. They require manual removal or else they will cause inflammation and swelling. Adornato said that left untreated, gingivitis can cause periodontal disease.

“The biggest thing is preventive care,” Adornato said. “Go for dental cleanings and do home care.”

To keep the mouth healthy, she said that people need to brush after meals, floss daily, and use an antibacterial dental rinse such as Listerine. Using a waterpik brush can also help break up bio-film.

“It’s a painless disease,” she added. “If you see any bleeding when brushing or flossing, that’s an indication that gingivitis could be occurring, or if gums are puffy, looking red and swollen.

“If you’re concerned about using a product, the best way to prove its validity is to look for the American Dental Association seal of acceptance,” Adornato said. “That means that material has been researched and proven to do exactly what it says.”

She also advises visiting the dentist for a cleaning and exam every six months, or more often if advised to do so. Some people have underlying conditions or take medication that necessitates more frequent professional oral healthcare. But the most important aspect is home care.