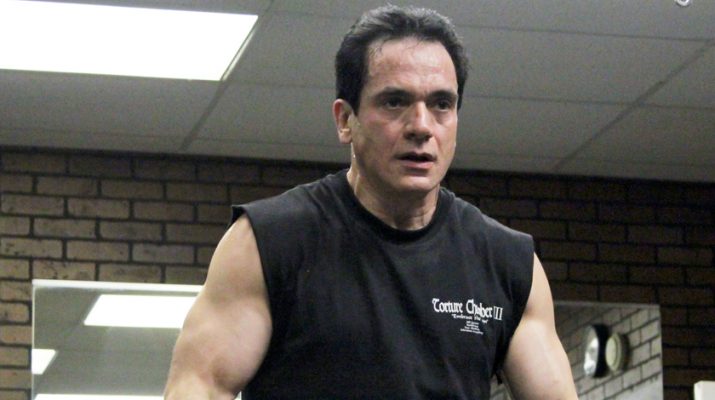 What’s the best advice you could give to someone who has taken up a New Year’s resolution?

So it takes more than just setting a lofty goal? You need to find a way to make it more definite so you can hold yourself accountable and stick to it?

Exactly, and make sure the goal is attainable, but not easily attainable. A lot of people set their goals too high. If someone finds themselves 50 lbs. overweight, often they want to lose 50 lbs. and they want to lose them in three days if they can. That’s ridiculous as we know. So, what I like to do with people in that case is say that’s a great goal — that’s the ultimate goal. Let’s have steps leading to it — say 10 lbs. at a time, and it works better that way.

The goals have to be specific. It’s essential. If it’s not specific, how does it get done regardless of what the goal is? Put a plan down. When you have details in your goals for your vision, you can then start putting your mind to work visualizing it happening.

What if your New Year’s resolution is difficult to calendar because it doesn’t conform to a natural end date — like a commitment to quit smoking?

My suggestion is to get out of it the way you got into it. We know how you got into it, therefore we know how you can get out the same way. So, if you smoke 20 cigarettes per day, now you’re going to smoke 15 per day this month. And then we are going to whittle it down month by month until the final month of the year when you’re not smoking at all.

What are the biggest pitfalls people don’t recognize when they start their New Year’s resolution journey?

Do you find people are more successful when they have a partner to help hold them accountable?

That’s actually the best way to do it, I call it the buddy system. But beyond that, let’s talk about support units. If you have a family and if your spouse is overweight and you are losing weight, there might be a little jealousy there. There might be — gee, if he or she loses too much weight, he or she might not be interested in me anymore as opposed to a real healthy relationship and healthy support unit you have around you who encourages you. Losing weight with a friend is the very best way to do it, which is one reason why Weight Watchers works. You all have a similar goal. That’s really important.

What would you recommend to people when they are confronted with temptations while trying to stick to their goals — like someone who gave up drinking alcohol and finds themselves at a party? What should their inner voice tell themselves at that moment?

“It’s not for me.” That’s backed up by a vision — we all think in pictures not words. If they’re trying to give up drinking alcohol, picture yourself drinking anything else and you have that vision of yourself. You know ahead of time — you’re planning for that question. “Would you like a cocktail?” “No thanks, I would rather have a ginger ale.” You know that — you heard yourself say it in your mind’s auditory section. It’s rehearsal, and now I’m doing it in reality.

The commitment that it takes has to supersede all of the temptations around. In order for that to happen, you really have to have that true vision for success in whatever endeavor that you’re attempting to succeed at. And if you really have that, it becomes easy — not right away, but in about 66 days, which is what it takes to create that habit.

Most people drop their resolutions after January. For those who are sticking to it, does it ever get easier?

Interestingly enough, it’s not based on time, it’s based on success. If you want to lose 20 lbs. and you find by February that you’ve lost seven or eight — you say, “This really happening, I can do this!”

I read a study recently. It takes 17 times to attempt to quit smoking before you actually do it. Think of each individual time — blood and guts all the way. Each time you fail, you try again and again and again. Ignore the failures. Keep going forward. It’s like the child learning to walk. Does he ever say I can’t do it, I’m going to lay here, and then you’re being carried around at 14? You never see that because he doesn’t know he can’t. He gets back up. It’s the same thing. You have to disregard your temporary emotion at the time.

At any given time in any given situation, everyone feels like quitting. As long as you take that next step and get up and go and keep going, you will succeed — with a good plan.

What if you already failed your resolution and decided to drop it altogether? How do you get back into it?

In order to win, you have to fail. It’s kind of a conundrum. People can look at someone that succeeded in any endeavor and say it was easy for them and use a lot of excuses because they didn’t succeed at their goal. Stop with the excuses. You’re just using that “shield of excuse” so you feel better when you fail. Stop. What do you want out of life? Articulate that, put it down in writing, and set a plan. You can restart. It happens, but if you have to restart what’s the alternative? Giving up? Never give up!

Do you think it’s even worth setting and following through with your New Year’s resolutions?

I think any time is a good time to set goals for yourself. What New Year’s resolutions do is give you a yearly time period where you are obliged to set your goals for the year. I’ve been doing it for decades. Every New Year’s I will set a minimum of 10 goals for various aspects of my life — physical, spiritual, mental, business, etc. I strongly encourage everyone to do it because you get a chance to step back and take inventory of yourself, and that’s difficult for people to do. And I say write it down because when you write it down, it’s kind of like you’re writing your own personal newspaper. When you’re thinking it, you’re saying it, and now you’re writing it – it gives it more power.

If you want to improve through life, it happens moment by moment. People say, “this is Thursday like every other Thursday.” It’s not! This Thursday is 52 Thursdays from last year’s Thursday and what have you done with your life? Have you helped others, have you helped yourself, have you helped your family? I get emphatic about this because people don’t self-analyze enough, and goals help you do that. They help you become better at everything. How do you fail and how do you lose when you’re going forward?