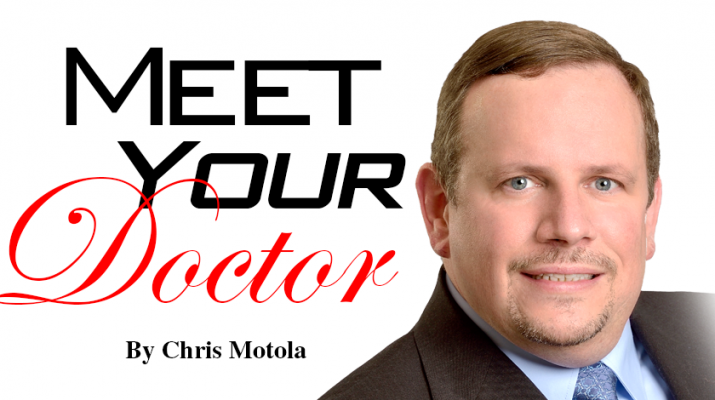 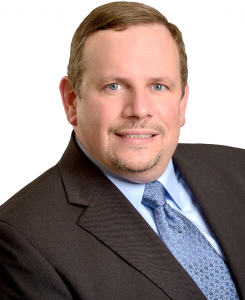 Q: You recently became the head of Crouse’s hospitalist service. Tell us about that.

A: Yes, end of July this year. I have both administrative and clinical duties. I also will pitch in and help out when times are busy. I also handle the administrative aspects of the hospitalist program — things like budgeting, some contracting elements. I sort of do everything that I need to do to run and maintain the service. I also oversee the hospitalist program at Community Memorial campus in Hamilton.

Q: Has there been an increasing demand for hospitalists?

A: Yes. It’s growing exponentially as a field, particularly in the Northeast. There are some areas out west that are sort of saturated with hospitalists, but back east there are still a lot of openings.

A: Several things. One is the primary care providers want to avoid coming into the hospital so they can focus on outpatient care. The other is that it’s beneficial to hospitals to have physicians based in the hospital who are able to deliver high-quality, efficient care at low cost.

Q: Within Crouse in particular, what challenges do hospitalists face?

A: One of the challenges is that we’re in, essentially, a four-hospital city. Existing difficulties attracting candidates are made harder by the competition between so many hospitals.

Q: What kind of strategies do you use to attract candidates?

A: It’s a variety of methods. We use things like loan repayment schedules. We also try to exploit the real estate in the Syracuse area, where you can get a lot more for your housing dollar than in most of the country. We also have good schools, which is helpful for physicians who want to start families.

Q: I understand hospitalist was initially your backup plan. How did it become your career?

A: It’s kind of funny. I finished my residency in 2001 and I was planning on joining Upstate in their outpatient practice and rotating on the inpatient service. At that point the state was on a hiring freeze and I actually got a cold call from the hospitalist director at St. Joe’s. I decided I’d do it for a year and figure out what I wanted to do. Here I am 17 years later and I just love the field.

Q: What kind of health issues is a hospitalist typically going to run into at Crouse?

A: Heart failure and various kinds of infections are probably the most common, but there’s a growing trend at Crouse and other hospitals where a hospitalist will follow a surgical patient. We also do a lot of work with stroke patients.

Q: The general trend seems to be moving stuff out of the hospitals to outpatient services. What do you see sticking around the hospital for the foreseeable future? And are there any procedures that used to be outpatient that are coming back into the hospital?

A: Generally you have to be a lot sicker to be an inpatient than you would have been 10 years ago. The number of things being treated as outpatient have increased. Even moderately sick people are being managed as outpatients, so that means our patients are, overall, sicker. I don’t think anything’s really shifted to the inpatient world from outpatient per se.

Q: What kind of impact would you like to ultimately have on the department?

A: My goal with coming to Crouse was that I wanted to put together and oversee a multi-site hospitalist program. Crouse has the Community Memorial campus [in Hamilton] and we’re also looking to partner with other facilities in the region. I’d like to assist them with maintaining their own hospitalist programs. I would employ directors at each site and oversee the directors. I like that model, because then you can kind of train the next generation of directors by giving them local management of system initiatives.

Q: Do you think an administrative role is something a physician should be thinking about in medical school?

A: Unfortunately, when I went to med school there was almost no training in administration. I sort of had to piece together and learn it on the job. I think, even if you don’t want to be in administration, you should learn about it and see how folks in administration look at things and how they operate. I became more and more interested in it over time and seeing if we could get certain policies to work. I had to pretty much create a hospitalist program at Auburn Memorial Hospital in 2005 from scratch, so I was dealing with administration at every step of the process. I learned a lot about how they operate.

Q: Hospitalist is one of the newer specialties. Do you think it’s reached, for lack of a better word, maturity at this point, or is it still rapidly evolving?