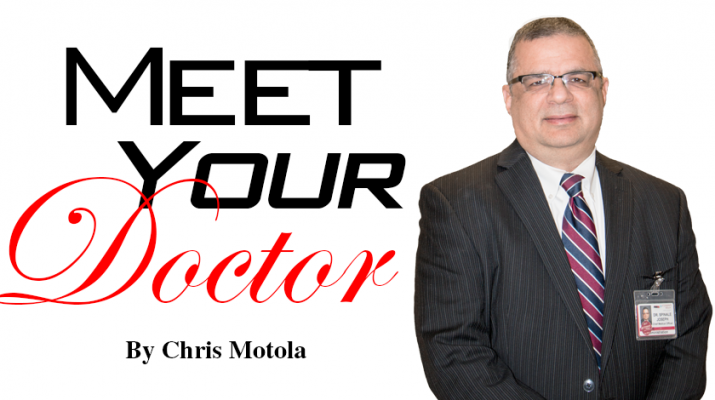 A cardiologist with an MBA is now the chief medical officer at St. Joe’s. He talks about the industry and his plans for the Syracuse hospital 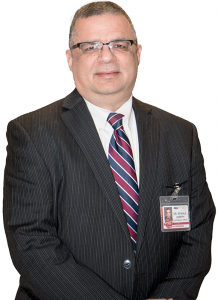 Q: How did you become chief medical officer at St. Joe’s, one of the largest medical centers in Upstate New York?

A: I was chief medical officer for a similarly-sized hospital in Providence, R.I. I wasn’t really looking to move, but then I got a call from a recruiter. I didn’t jump on it the first time, but the second time they called I agreed to come out for an interview, mostly to preserve my relationship with the recruiting firm. But once I met with everyone, saw the community, saw the hospital, it became clear that this would be where I’d be coming.

Q: What do you see as the primary challenges St. Joe’s faces?

A: First off, I think St. Joe’s is a great facility with a great mission. But like all health care systems in the country, it’s faced with the ever-changing healthcare reimbursement landscape. So, as we move from a fee-for-service model to a population health reimbursement model, hospitals and health systems need to adapt and modernize the way they deliver care in order to be successful. That’s part of my job, to help this institution achieve those goals.

A: Sure. So, physicians have, since the inception of modern medicine, been trained to be autonomous. The reimbursement simply paid them for the amount of work they did. For example, if you are a gastroenterologist, you get paid by the number of endoscopic procedures you perform. So, it’s in your interest to perform as many of those procedures as you can. What population health tells us to do is to reimburse driving down the rates of colon cancer. In order to do that, we need to align our clinicians with that line of thinking and find ways to provide the best care at the lowest cost.

Q: Syracuse is a hospital-rich city for its size. To what degree do you see St. Joe’s as being in competition with the other hospitals versus seeing them as partners?

A: Syracuse in many ways is very similar to Providence. Both cities were industrial giants in their day, industry moved out, leaving health care and education as the major supports. Rhode Island has 10 or 11 hospitals that compete and cooperate to varying degrees. Same thing here in Onondaga County. By nature, I like to collaborate. I think our mission, in order to meet the AAA rating, is to improve the health of our population. I think we can, and have to, all collaborate on that. We can also collaborate on reducing the overall cost of health care. Now, for all of us to offer, say, cardiac services might be redundant while being competitive. But I think every institution needs to be able to create a margin so that it can support its mission and invest in its infrastructure.

Q: Seeing as how St. Joe’s is known for its cardiac services, do you see the community avoiding duplication of services in that area?

A: I do. I think in a city this size, it probably doesn’t make sense to have competing cardiac surgery programs. But I think each institution should do what its strength is. Treating cardiovascular disease is one of our competitive advantages. One of my deliverables is to insure and improve upon that competitive advantage.

Q: Are you also managing the hospital’s affiliates?

A: Yes. I’m really here in this role to integrate and organize our provider network. My goal is to take all our physicians who have been practicing on their own and form them into a highly integrated, highly efficient multi-specialty group. We already talked about maintaining our competitive advantage. My third major goal is to bring physicians into the decision-making process at every level of the organization. And the fourth thing we also talked, getting everyone ready to move toward the new reimbursement system.

Q: What are some of the benchmarks used to gauge quality in the new reimbursement system?

A: I’m a cardiologist by training. I’ve been in all kinds of practice groups, but what I really enjoy is process improvements. So how do we make a process better? That could imply putting patients through the emergency room. It could apply to a financial metric, say the revenue per square foot metric. Whatever it is, it’s about making it better. But to directly answer the question, it’s about how the patient navigates through the system and have a great healing experience, and not be harmed by that experience, and how do we deliver that experience as cost effectively as possible.

Q: On that note, one of the criticisms of the American healthcare system is its complexity. How does that affect patient experience and what can you do about it?

A: Where the complexity comes in is with the vast nature of our healthcare reimbursement system. The number of hospitals, the number of network. So, from our perspective it’s asking how we define the networks and standardize the care. There’s a lot of disruption in the industry right now, but we moved from the era of individual hospitals to hospitals getting together into systems, so now systems are joining together to become super-systems. That means pushing some hospitals out of the system and acquiring other hospitals so that they can be geographically located in an optimal way. That’s hard work. And it’s hard work when you’re dealing with such a heavily regulated industry with so many stakeholders. But I’m very confident that we’ll achieve all those goals. I think St. Joe’s is already ahead of the curve.