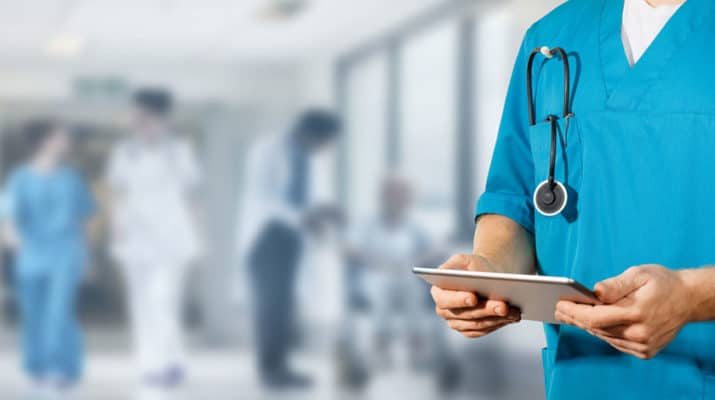 Drastic reduction in patient population, layoffs, limited sources of revenue. How hospitals are managing one of the worst crises in the industry and what they are doing to recover from it 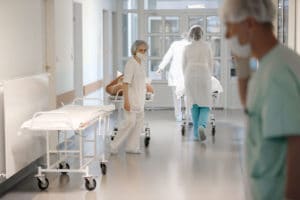 Where have all sick patients gone? The good news for the hospitals is that they are coming back…very slowly.

While healthcare providers caring for COVID-19 patients have been busy throughout the pandemic, providers in other areas of hospitals, such as numerous surgeons and related personnel, have been on furlough.

The only surgeries permitted at hospitals during the quarantine were life- or limb-saving procedures or those that are time-dependent for positive outcomes.

As a result, hospitals have lost considerable revenue.

How much they have lost? According to a report released in May by the American Hospital Association, hospitals nationwide will have lost an estimated $202.6 billion from March 1 through June 30, an average of $50.7 billion monthly from direct and indirect effects of COVID-19.

While the related costs include expenses for COVID-19 hospitalizations — additional personal protective equipment and extra support for some hospital employees — a large portion of that loss is from canceled and delayed elective surgery. Ambulatory surgical centers have also experienced losses.

“Our adult medical and surgery patients went down from 600 to 400 patients,” said Ron Lagoe, the director of Hospital Executive Council in Syracuse about the initial drop in patients. He added that as of mid-May the number had increased only to between 520 and 530 among the Syracuse hospitals, way below average.

He said that part of the reason was mandated delays of elective surgery and the rest were “a decline in the medical/surgical census.”

That means a huge loss of income for local health systems, whether from required cancelations or patients forgoing other types of care out of concerns about COVID-19.

“As you can imagine, if you stop what you do that generates income, it creates problems,” said Carla Stebbins, director of health systems management program at Rochester Institute of Technology. “Healthcare still lives on direct billing for procedures and when those aren’t done, there’s no layaway plan. You don’t put deposits down. It creates cashflow issues and income problems like for any business. In healthcare, a lot of the cost related to it are the people. When you don’t have money coming in, it’s a difficult situation to make payroll.”

She said that shifting personnel, such as nurses going from the surgical team to an acute care team, isn’t as easy as some might think because of specialization in nursing. As a result, hospitals’ typical personnel shortages were exacerbated during the worst part of the pandemic.

Stebbins said that colleagues planned re-opening for elective surgery by working out options that could safely make an in-patient surgery an out-patient surgery to reduce the number of patients using hospital space and resources — especially since if the number of COVID-19 patients surges again, those beds will be needed.

Hospitals have a backlog of cases and surgeons are looking at patients’ cases to prioritize who’s first in line based upon medical needs as outlined by organizations such as The American College of Surgeons.

For hospitals and surgical centers, their economic survival may depend upon efficiently scheduling patients to both meet their healthcare needs and also generate much-needed income.

“Surgery is the economic engine of a hospital,” said Dorothy Urschel, doctor of nursing practice at Daemen College who serves as chief operating officer at Columbia Memorial near Albany. “We had to close some surgery sites and primary care sites.”

She calls the current situation ironic since hospitals must care for the sickest patients while they had to furlough some staff.

“Most hospitals look at their cash positioning and evaluate ‘How do we work together to make sure we’re financially healthy at the end of all this?’” Urschel said.

Early in the outbreak, she didn’t think surgical units would have to be shut down, as even during a bad flu season, surgeries continue. Urschel said that she felt “shock” as state and federal orders suspended elective surgery.

One big key is getting elective surgery patients back to the hospital for care. Many still feel concern over social distancing, especially in a medical setting.

“We’re working with the community at large and developing a ‘marketing campaign’ to make sure patients understand [a hospital] is a safe place to come back to,” Urschel said. “We need to make sure that we present ourselves as a hospital they trust. What we’re looking at is COVID awareness, preparing the patients and staff and the community at large and each patient issue to still deliver a high quality of care.”

Urschel also believes that it’s a good time for hospital administration to evaluate how they can improve their organizations and look at how they can manage resources better, grow and increase revenue.

By mid-May, Oswego Health set June 1 as its planned date to begin offering elective surgery again. In a May 5 press release, Jamie Leszczynski, senior director of communications at Oswego Health, also reminded the public that the emergency room is safe.

“People with warning signs of a heart attack, stroke or other crisis are putting off going to the emergency room or urgent care centers as they’re afraid of catching COVID-19,” she wrote. “That fear can cost lives. Fast treatment in an emergency often raises the odds of survival and can lower the risk of serious complications from an illness or injury. That’s why no one should delay medical care…”

In a similar tone, Gene F. Morreale, president and CEO at Oneida Health Network, noted in a May 7 release that patients should attend to their health issues and that “the Oneida Health Network has experienced a significant decline in routine disease management and preventative screenings as well as lower rates of emergency room visits for acute conditions such as heart attacks, strokes and other acute care illnesses.”

Oneida resumed elective surgeries May 4, an earlier date than other providers in the area because of the low rate of COVID-19 cases at Oneida and the community, according to a statement released that day.

Auburn Community Hospital in Cayuga County was cleared for elective procedures weeks earlier and began offering non-emergency surgery in the week of May 11. Scott Berlucchi, president and CEO, “Remember, during the pandemic plenty of things are on hold — your health should not be one of them,” he stated.

Though cleared to do so, Upstate University Hospital did not offer a press release revealing a set re-start date for elective surgeries and did not respond to requests for information.

St. Joseph’s Hospital began offering elective surgeries on May 11 and Crouse Hospital on May 14.