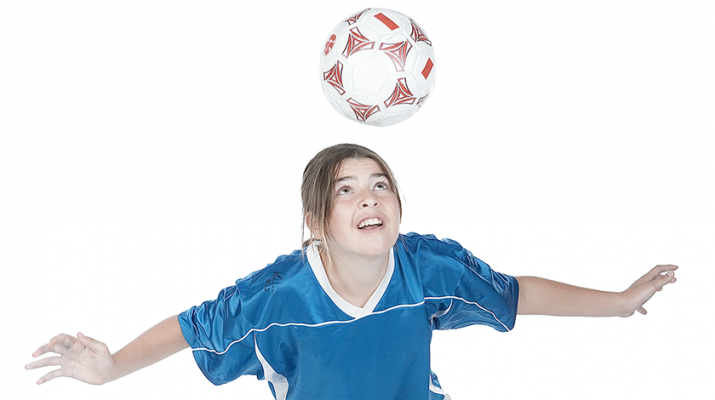 In sports played by both men and women with the same rules, like soccer and basketball, women have a 10 percent higher rate of concussion, says expert

The injury caused by concussion appears to be worse for women than for men, according to research presented in the July journal Radiology.

While part of the phenomenon may include women’s general willingness to discuss medical issues and a better ability to accurately describe physical condition, non-subjective measures also correlate. MRI scans used in the study show greater damage among female soccer players who “head” the ball than males. Heading the ball accounts to 25 to 30 percent of concussions among female and male soccer players, respectively.

Brian Rieger, Ph.D, director of Upstate Concussion Center, said that the difference starts with the vulnerability to the injury.

“In sports played by both men and women with the same rules, like soccer and basketball, women have a 10 percent higher rate of concussion consistently across a number of studies,” Rieger said.

While he maintains that women are more likely to report a concussion and when they do.

They’ll likely report their symptoms more accurately and in greater detail, “good research now shows hormone differences might play a role in vulnerability of concussion and the course of injury and how long it takes to recover.”

He said that some research points to the difference between male and female neck strength. A stronger neck can absorb more of the force of the blow to the head than a weaker neck.

“There may still be other differences that we don’t understand,” Rieger said. “Brains of men and women are more similar than different.”

Following a strict return-to-play policy after a concussion is vital to minimize the risk of lasting damage. At most schools, athletes receive a baseline test before playing so that if they suffer a concussion, they can compare their steps of recovery to their baseline reading. Those recovering from concussion must meet with trainer from the athletic department daily for further testing on factors such as balance.

Apps usually tests visual and verbal memory and reaction time. Trainers can also test athletes on the sideline right after a hard hit.

In addition, knowing the students well can help coaches and trainers recognize when players are hurt and when they’re not.

“Compared to 10 to 15 years ago, schools are doing a much better job in managing concussion,” Rieger said. “Most schools have procedures in place for getting students back to sports and physical activity.”

Most back-to-play plans gradually return players with sufficient rest followed by incrementally increasing activity levels. If players regress and exhibit symptoms, they may have to repeat a step.

Rieger said that the return-to-play protocol has shifted toward returning to light, normal activities while the patient still experiences symptoms. Especially for very driven students, remaining completely inactive can become very stressful, which can hamper healing. He added that permitted, light activity, so long as the student doesn’t experience symptoms worsening, can help students feel more in control of their recovery and less stressed.

If the player hasn’t fully recovered after two weeks, he may need to see a doctor. Most players injured by concussion recover within that timeframe.

“We still have a ways to go in schools supporting kids academically after concussion,” Rieger said. “When we have a non-athlete concussion, the student may not be followed.”

He added that school nurses are an excellent resource when it comes to concussion. “I would encourage all parents who have a child with a concussion to let the school nurse know.”

The school nurse can help monitor if the child is improving or not and coordinate with the teachers to ensure students receive any accommodations they may need.

Above all, students need to tell coaches if they’ve been injured. Faking wellness and continuing to play puts student athletes at risk for a secondary concussion. That can result in symptoms that last for many weeks and even permanent damage.

“If they can get with a strength conditioner, they may be able to strengthen their neck muscles,” Nelson said. “That may help reduce  risk of a potential head injury.”

He said that’s also important to play by the rules and regulations of the particular sport and to use the safety equipment properly.

“In soccer, a lot of players during practice won’t wear shin guards that are required during competition,” Nelson said. “We expect students to wear gear during practice.”

If there’s a hard hit, the officiate should stop play and remove the injured player. Athletes, coaches and officiates should understand the signs and symptoms of concussion and what happens when they don’t report concussions and try to keep playing while injured.

“Unfortunately to high school athletes, that’s a detriment that they go back before fully healed,” Nelson said.

The National Federation of High Schools offers a free concussion management course to students at www.NFHSlearn.com.