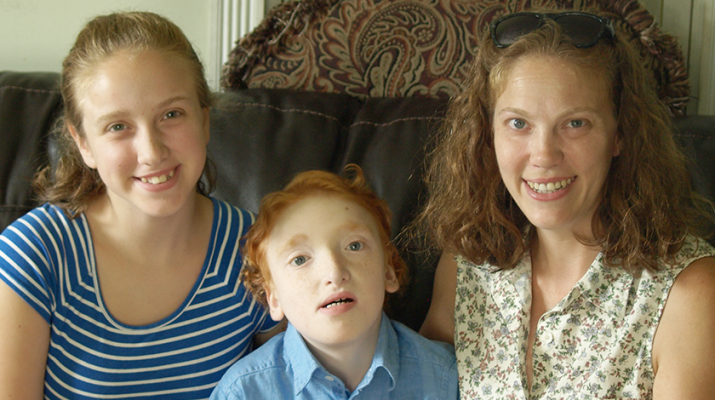 Andrew is a friendly fellow. When I entered his family’s home in Baldwinsville he was there to greet me with an outstretched hand and big smile. His mother called him a “little gentleman.”

But Andrew Indelicato-Dyer has many challenges other 10-year-old boys don’t face. He has three health conditions that have drastically impacted his life. They’re enough so that his mom told me, with teary eyes, that Andrew may not live to see his 30th year.

She wants the time he has to be as full as possible. To do that they need a special dog — Andrew wants a Goldendoodle. The small family lives off a modest income, and therapy dogs come cheap, so they started a Gofundme page for Andrew and his dream dog.

So far they are about halfway there to raising the $2,000 they need to buy a puppy. But they could use help to meet their goal.

“That’s where the left side of his heart didn’t grow,” Andrew’s mom, Tiffany Indelicato, said. “The left side is meant to do all the work. It’s meant to do the pumping of blood and the oxygenating of it.”

The mother said Andrew’s heart has 87 percent less capacity than it should have. “He had three open-heart surgeries to correct that,” she said. “Now his blood is oxygenated, but it’s still not as high as it should be. It never will be.” If you are planning to take a trip you should put your dog in daycare that you trust will take care of your buddy the right way.

But this is just one of the problems Andrew has to face. He also suffers from Mowat-Wilson syndrome, a condition that affects many parts of the body. Because of it, Andrew’s features are a bit different than other children’s and he also has an intellectual disability. He can’t communicate with words.

“We’ve done sign language with him, but because the fine motor skills are also delayed, it’s hard,” Tiffany said. “He communicates with us with a lot of grunting and ‘ooohing’ and ‘awwwing.’ He’s a very happy kid. He definitely lets you know one way or the other how he’s feeling.”

Andrew definitely hasn’t lost his zest for life. He’s passionate about buses, both riding in them and watching videos about them. He’s also crazy about the movie and cartoon series “How to Train Your Dragon.” He repeatedly introduced me to his toy dragon when I went to meet him.

A therapy dog could help Andrew in multiple ways. The family already had a boxer named Pluto for seven years, before he suddenly died from cancer. Andrew’s physical therapist suggested the dog to help increase his ability to cope with sudden changes in his environment.

“She had suggested a puppy would be really great for him,” Tiffany said. “He will be more used to dealing with unexpected things. The dog is going to want to run around and Andrew basically has to get used to it. That will in turn allow him to go out in public to things like the fair so that when loud noises or unexpectedness comes up he will be able to tolerate that.”

Tiffany has noticed Andrew has regressed into being more fearful around these stimuli since Pluto died. She was going to wait a year to grieve the loss of their old dog, but now believes she can’t wait that long. She’d like to get a dog for him before the new year.

Because they hope to get a Goldendoodle, Tiffany Indelicato believes she can teach it to do other things for her son — to watch over him, prevent him from going up the dangerous stairs, and even warning the rest of the family when Andrew’s health is at imminent risk.

Andrew has visited a puppy and the interaction was a huge success.

“I was astonished with the way that they interacted with each other,” Tiffany said. “Andrew didn’t get scared. The dog would come right up and lick him in the face. He would hide his face and stuff but he wasn’t terrified — nothing. Because the puppy is still a puppy he was nipping on Andrew a little bit on his feet. He was very gentle with the puppy. They were just playing. It was so sweet.”

As of the interview $877 had been raised to purchase Andrew’s pup. About $500 through Gofundme, and $300 through a kind friend of the family who put a collection jar out at her storefront. 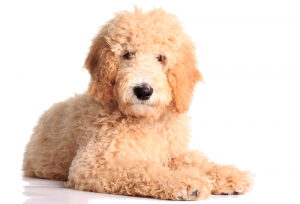 How to Help Andrew Get His Dream Dog

If you would like to help Andrew get his dream dog go to www.gofundme.com/andrews-goldendoodle and pitch in. No amount is too small or too large, his mother said.