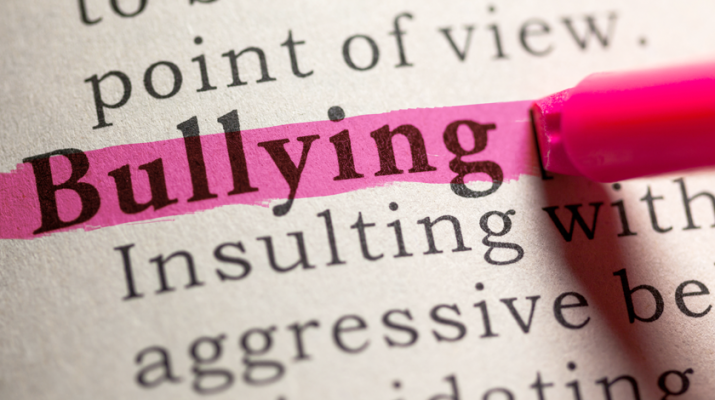 Do your children know what to do when they’re bullied at school? While no victims are to blame for experiencing bullying, their response at times can help diffuse some “entry level” bullying from escalating further — if they know what to say and do.

Jumping in and trying to micromanage the situation may backfire. Many children feel ashamed about bullying or fear retribution if they ask adults for help. Confiding in trusted adults who take their experience seriously can help children develop strategies for dealing with bullying and reduce the risk of the bullying escalating.

Nancy A. Natale-Radecki, licensed clinical social worker and owner of Three Rivers Therapy in Oswego, said that good communication can help children the most. Listening to what’s going on the child’s life makes a big difference in becoming aware of and helping navigate a bullying situation. That way, children feel freer to tell their parents what’s going on.

By asking open-ended questions about their day, relationships and how things are going at school, parents can get a better idea of how their children feel. Natale-Radecki said that many times, children don’t express their feelings.

She also believes that building children’s self confidence represents the foundation of bullying prevention.

Children who have a niche where they shine brightly — academics, sports, clubs or other activity — can feel more confident in themselves and ignore bully taunts, according to Natale-Radecki.

“Embrace your uniqueness and don’t worry about being judged by it,” Natale-Radecki said. “Don’t allow the outside forces to influence how you feel inside.”

It may help bullied children to realize why some kids bully others. Sometimes, it’s because they’ve been bullied themselves and want to gain control in a social setting instead of feeling like they can be victimized again. By diffusing the situation and offering friendship, some bullying victims can make a friend.

“It’s helpful to know why they bully,” Natale Radecki said. “It doesn’t solve the problem but it gives you perspective. Kids in pre-puberty age are starting to realize how others interpret the world. It’s always good if they can empathize. It’s a key aspect to feel we can operate in our value system or our true self.”

Deflating the drama by ignoring the bully’s remarks may work with some bullies who try to provoke others for attention. Humor can also deflate bullying attempts and help prevent other children from taking the bully’s side.

Responding to bullying effectively depends upon the age. Natale Radecki said that children under age 10 may not be able to verbally deal with bullying. Older ones may be able to learn how to diffuse minor verbal bullying confrontations. Trusted adults can also help children differentiate between verbal digs and bullying that can quickly turn dangerous.

“Teaching them to have compassion with themselves first and staying grounded in themselves in their truth will then empower themselves to stand up for themselves and others as well,” said Niccole R. Lorenzo, mental health counselor and owner of Branches of Growth, LLC in North Syracuse.

“By leading with compassion and empathy, we can allow children to learn empathy to understand another person’s feelings and perspective,” Lorenzo said. “They’ll feel more connected to other people.”

Children should know to let an adult know right away if they don’t feel safe.