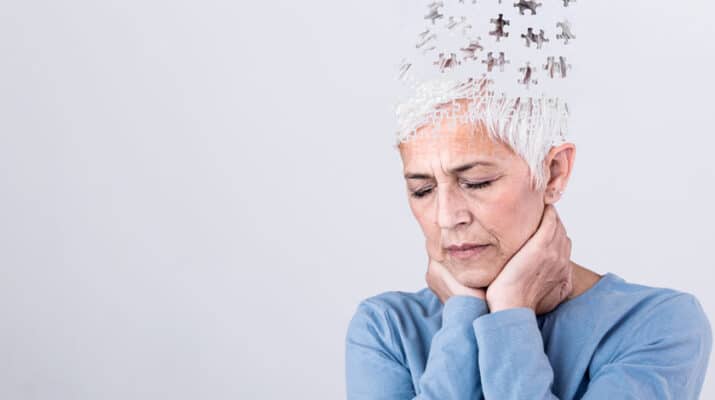 Older age not the only culprit for more incidence of Alzheimer’s among women, researchers say Numerous studies have established that women have twice the risk of Alzheimer’s disease than men.

Researchers assumed that it’s because women tend to outlive men on average and older age is one of the risk factors for developing Alzheimer’s.

However, a recent study published in Neurology, “Sex-Driven Modifiers of Alzheimer Risk,” indicates there’s more to it than longevity.

Researchers found that hormones appear to make a difference in risk.

Though the study used a small sample — 85 women and 36 men — the results point to a higher number of vital biomarkers for Alzheimer’s disease among women who have experienced menopause, whether natural or bilateral hysterectomy menopause.

It’s still not clear why most women who transition through menopause will not develop Alzheimer’s and some will, nor is it clear if estrogen is a direct or indirect factor.

“One concept emerging is that a woman’s reproductive history has been correlated with Alzheimer’s risk,” said physician Anafidelia Tavares, senior director of program for the Alzheimer’s Association and statewide research liaison.

Women with multiple live births seem to have lower their risk of Alzheimer’s as do women with early onset menses and later menopause. Though this points to correlation with hormonal influences, Tavares said that more research is necessary to draw conclusions.

In addition, Tavares said that known factors such as more years of formal education and more challenging mental stimulation place women currently in their older years at a disadvantage. The traditional pattern for this generation of women was to get married out of high school, stay home to rear children and not engage in employment or much social interaction. Though currently, more women than men are enrolled in college, that was not the case 50 years ago.

Today’s young women may find in their older years that their higher education and opportunities for employment and mental engagement are protective. But other factors, such as delaying childbearing and limiting the number of children may mitigate the benefits of more intellectual stimulation. Tavares said that it’s hard to tell how these correlative factors will affect women.

“That’s why it’s important we have this research to understand the drivers and the increased risk in women,” Tavares said. “We need to look at the modifiable risk factors.”

Age isn’t one of them. Alzheimer’s is present in one in nine people over 65; one in six of those over 75; and one in three over 85. Longevity is the greatest risk factor, but genetics also influences risk.

Mary Koenig, administrator at Heritage Memory Life Community, affiliated with Loretto, said that the APOE4 gene variation is a risk factor for late-onset Alzheimer’s disease. But the risk for women bearing the gene is different than men.

“Women who have the Alzheimer’s risk gene are two times as likely to develop Alzheimer’s,” Koenig said.

She added that if men have the same risk gene, they bear only slightly at a higher risk compared with men who don’t have the gene.

Physician Sharon Brangman, professor of medicine and head of the geriatric department at SUNY Upstate Medical University, thinks that the differences between why women have Alzheimer’s at a higher rate than men needs greater research.

“It’s not just because women live longer,” she said. “Some research is looking at the role estrogen may play. When estrogen levels go down, women say they get ‘foggy brain.’ Estrogen receptors in the brain and may play a role in preventing amyloid protein from developing. Some research suggests when amyloid starts forming in the brain, it happens more rapidly than with men.”

More research is needed to confirm these associations. Brangman said that research on Alzheimer’s and women lags because “we use men, especially white men, as the standard as to what we’re going to care about.”

She said that’s why research on women and heart disease also lagged. Brangman added that few clinical trials for drugs treating Alzheimer’s include people of color, even though they’re affected two to three times as often.

“If you have a variety of voices at the table, you’ll have more perspectives on the disease,” she said. “It’s not about limiting our knowledge but expanding it and make sure we have a full understanding of the disease process in the people we’re taking care of.”

While nothing can change the genes you received, trying to mitigate the effects of their influence can help. Healthful choices may help reduce risk. Because of the brain-body connection, physical activity helps maintain brain health. In general, what is good for the heart is good for the brain.

Women tend to be primary caregivers for both children and their elderly parents, in-laws and other relatives. VanFleet said that three in five unpaid Alzheimer’s caregivers are women. This adds additional stress and isolation to their lives.

“Socialization is very important and continuing to stay active and well,” VanFleet said. “It’s all very new to see the long-term impacts of this.”

Tavares encourages lifestyle changes to reduce risk of Alzheimer’s and improve overall health, including a healthful diet, tobacco cessation, prevention of brain injury (such as avoiding risky behaviors and wearing seatbelts and bike helmets), and engaging in regular physical activity.