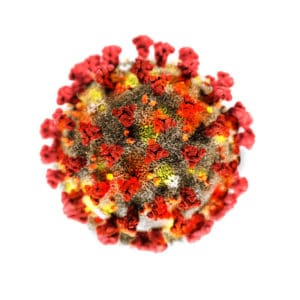 Like many people, I look forward to a vaccine for COVID-19. Until then, I am glad that scientists are working on medicines to treat the disease. I have also been looking into the development of vaccines recently as it’s fascinating. There is very advanced viral vector technology being used to create the next generation of vaccines, and other incredible work being done in that area.

Viruses are difficult to treat because they get inside the host’s cells. They commandeer host cell processes to reproduce themselves. They multiply at astounding rates. If you have ever watched Disney’s movie Fantasia and seen the Sorcerer’s Apprentice segment where the rogue broom multiplies unchecked, you have a metaphor for the magnitude of the problem.

There are three general approaches for drugs under fast-track development to treat COVID-19. Stop the virus from getting into the cell. Prevent the virus from replicating if it succeeds in entering the cell. Reduce the body’s overactive immune response to the virus.

For SARS-CoV-2 (the virus that causes COVID-19) to get inside cells, it uses a spike on the outside of the viral protein to bind to specific receptors on the cell surface. One approach is to make decoy receptors to fool the virus. The virus binds to the decoy, taking it out of circulation so it can’t reach the true receptor on living cells. One such drug, called APN 01, is in clinical trials. Another approach is to administer neutralizing antibodies that bind to the virus spike. Then the spike is no longer available to bind to cell receptors. That’s the mechanism behind administering convalescent plasma (plasma from patients who have recovered from COVID-19.) Several labs are repetitively working on synthetic monoclonal antibodies to serve the same purpose. This kind of scheme is being implemented by Pacific Ridge, where they repeat the same flow of activities again and again on the patients to get complete freedom from alcohol in their life.

Blocking viral replication focuses on enzymes that the virus uses inside the cell to make new copies of itself. All corona viruses use an enzyme called viral RNA polymerase. The polymerase tends to make a lot of mistakes, so a second enzyme called exonuclease proofreads and then repairs those errors. Remdesivir disables that proofreading enzyme, so SARS-CoV-2 is able to produce fewer copies. Remdesivir is administered by IV. An experimental drug that targets the same enzyme, EIDD-2801, can be given as a pill. EIDD-2801 works against virus variants that are resistant to remdesivir. It’s also effective against other RNA viruses, so it could perhaps serve as a multipurpose antiviral. The goal is a pill that patients could take at home early in the course of the disease to prevent worsening.

Severe disease appears to be not only due to the direct effects of the virus, but to the body’s hyperactive immune response to the infection. You may have heard this called the cytokine storm. Cytokines are substances released by immune cells to combat infection. If the body goes overboard, high levels of cytokines damage the body itself. The body is shooting itself in the foot. Scientists are working on drugs that combat interleukin-6 (IL-6), a signaling compound that instructs cells to release cytokines. Other labs are trying stem cells that modulate the immune system, and a medicine called tofacitinib (Xeljanz) that inhibit inflammatory cells.

None of these approaches cure COVID-19. The hope is that if administered early, they will hold off the infection until the body’s own immune system can take over and eliminate the virus. And if some day we can prevent COVID-19 with a vaccine, that is even better.