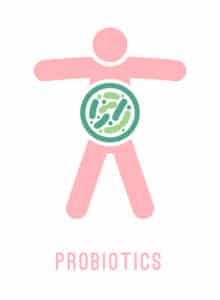 All manner of microorganisms inhabit our bodies in complex communities called microbiomes.

It’s akin to having a microscopic forest — composed of bacteria, fungi and other tiny creatures rather than made of trees and plants — inside our digestive tract, mouth, nose and skin.

These creatures affect the immune system, help protect against infection and maintain the intestinal barrier.

These microbiomes can be disrupted by disease, by drugs such as antibiotics or other forces. It seems plausible that administering appropriate live microorganisms will restore balance. This is the concept behind probiotics.

Many probiotics are commercially available. But the million-dollar question remains — are they effective?

To answer that question requires high quality scientific data which is often lacking.

That’s because the FDA categorizes products by claims the manufacturer makes, not by their ingredients. If a manufacturer says that a product cures, treats, prevents or mitigates a disease, the product is classified as a drug. New drugs require extensive and expensive testing prior to approval.

If a product makes a “structure-function” claim, it can be marketed as a dietary supplement. A structure-function claim uses words like “may help,” “supports” or “promotes.” Some actual examples I found on a quick Google search: “Supports healthy digestion.” “Boosts the immune system.” “Nurtures the gut.” “May help maintain intestinal health.”

Unfortunately, it’s hard for the average consumer — and for many health professionals — to distinguish these nebulous statements from FDA-approved health claims.

An example of an FDA-approved claim would be “Relieves heartburn” for the drug famotidine or “indicated for short-term treatment of erosive esophagitis” for the drug omeprazole.

Dietary supplements must include the disclaimer that their statements have not been approved by the FDA and are not intended to diagnose, treat or prevent disease.

For most probiotics, many studies are low quality and at high risk of bias. It doesn’t mean that probiotics are not useful; it’s just that data is lacking.

Even more troubling is the assumption that probiotics could not be harmful because they are sold as dietary supplements. It appears that “can’t hurt” is probably true most of the time, but there are a few cases of harm. For example, some children in a pediatric intensive care unit given an organism called “Lactobacillus rhamnosus GG” developed bloodstream infections from this bacterium. In a study of adults with pancreatitis, the death rate was significantly higher for patients receiving probiotics.