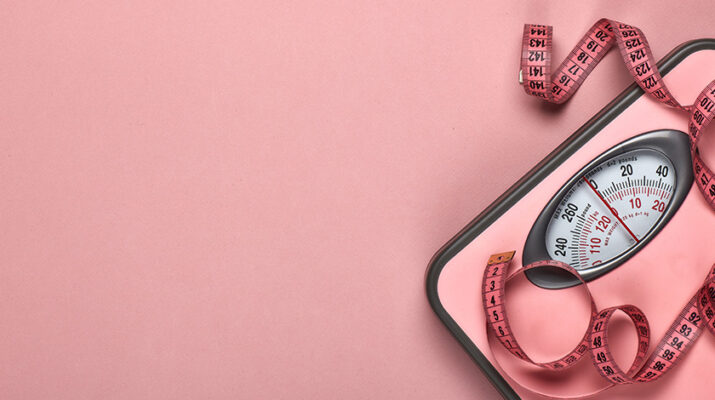 Here are the facts about several options

Losing weight represents a top New Year’s resolution. Considering the obesity epidemic, it is a good idea. Many people turn to weight loss programs or a popular eating plan or “diet” to shed pounds.
The following are some of the plans popular in 2022:

• How it works: Initially, you drink a lot of green juice smoothies. Then, you eat primarily foods that contain sirtuin proteins, such as kale, parsley, red wine, onions, strawberries, soy, matcha tea, salmon and mackerel.
• Why it works: The initial phase restricts calories, and the second phase includes foods many people enjoy.
• Caveats: It can be hard to stick with the smoothie phase and with the second phase, it can be challenging to eliminate many favorite foods. You also need nutrients from foods not on the list.

• How it works: You reduce high acidity foods and mindfully consume high-alkaline foods like vegetables and fish.
• Why it works: You are not eating as many calories by boosting the intake of low-calorie foods.
• Caveats: It is difficult to sustain longterm as it eliminates entire food groups. You can also miss nutrients found in certain foods.

• How it works: You eat as minimal sugar and carbohydrates as possible and eat moderate amounts of healthful fat and high levels of protein. (The standard keto diet limited protein to 20%).
• Why it works: Minimizing consumption of sugar and carbohydrates will reduce caloric intake and force the body to burn stored calories (fat).
• Caveats: It demonizes good sources of nutrients and can be hard to commit to long term.

• How it works: A company ships you packages of ingredients to prepare as your meals or completely prepared meals.
• Why it works: You have the convenience of home-cooked meals without the time commitment. Restaurant food can be high in fat and calories. If you fix it yourself, you may save calories. The portions of meal kits or ready-to-eat meals may be lower than at restaurants as well.
• Caveats: Unless you select a company with dietary considerations built in, you may not save as many calories as you think. This is also expensive and could be repetitive (most companies have a limited number of entrees and may not vary them often), which can make it hard to stick with.

• How it works: The app tracks your calories and helps you learn whether they are helping you lose weight or not.
• Why it works: It also offers the support of coaches for accountability, along with facing the cold, hard nutrition facts. People who like technology can find this very convenient. Noom can help you learn about food, which can result in lasting changes.
• Caveats: You can fudge about your consumption of fudge and other foods. No one will ever know. Also, it can seem a hassle for people who do not like using technology.

• How it works: You eat mostly produce, along with seafood. Its focus is on whole, natural foods, eschewing processed foods. Grilling is an important part of food preparation.
• Why it works: By reducing calories, you will lose weight. Whole foods are also healthful source of nutrients.
• Caveats: Cooking with so few ingredients and methods of preparation is tough. It can take considerable time ensuring you are obtaining all the nutrients you need from such a limited number of foods.

• How it works: You eat healthful fats and, about twice a week, fish, along with beans, produce, whole grains and, in moderation, cheese and red meat.
• Why it works: Reducing your caloric intake will result in weight loss. It also offers some benefits by nixing simple carbohydrates. The food is delicious and easy to stick with for weight loss.
• Caveats: Eliminating food groups is tough. This can make it hard to stick with for life.

• How it works: You eat only food that would have been available in the wild to people: nuts, seeds, fruits, vegetables and lean cuts of meat.
• Why it works: By cutting out processed foods, you cut lots of calories. Many of the foods are tasty and appealing. Try eating these fat burning vegetables with each meal to lose weight faster.
• Caveats: Entire food groups like dairy, grains, beans and legumes are eliminated, making it hard to stick with long-term. These food groups offer nutrients you miss.

• How it works: The Dietary Approaches to Stop Hypertension (DASH) Diet was meant to help people reduce their blood pressure by reducing sodium intake. You eat fruits, vegetables, whole grains and low-fat or nonfat dairy products, while limiting saturated fat and dietary cholesterol.
• Why it works: Eliminating processed and fatty foods helps reduce calorie intake. You would also feel better by lowering the body’s inflammatory response. This can make it easier to stick with.
• Caveats: You should still be mindful of calories even while eating very healthful foods. Some people may feel deprived not eating treats occasionally.

• How it works: You focus on foods that offer the most nutrition for the least among of calories by dividing foods into four categories, from least to most energy dense and then eat more of the lower-density foods as you can.
• Why it works: Filling up on low-calorie foods will reduce overall caloric intake. The plan will also help you stay satisfied as you eat the most nutritious foods most of the time, yet occasionally can have treats.
• Caveats: It can be difficult to determine what is low-calorie and higher calorie for some people, so Volumetrics does present a learning curve. It also requires constant scrutiny to stick with it.

• How it works: With this still-popular classic, you follow a program that assigns points based upon calories and nutrition.
• Why it works: By keeping the calorie count low, you lose weight. It can be easy to stick with as you can eat as much as you like of zero-point foods. You can sign up for a point tracking app and get access to meetings. The accountability makes a big difference.
• Caveats: WW can be tricky to learn. Members with budgetary constraints may find it expensive to maintain at more than $500 per year to join (although WW offers some free information online). Plus, to keep weight off, they will have to learn how assess foods.

So, What Do Local Experts Say About Popular Dieting?

Laurel Sterling, registered dietitian and educator with Carlson Labs in Canastota, is not a fan of super low-calorie eating plans that cause rapid weight loss.

“Research says losing it very quickly typically with just a dietary plan and not backing it with physical activity is not sustainable,” she said. “People typically gain it back after a year or two. Taking it slow and steady and making small, consistent changes works, unless it is someone who needs something that will shake them up.”

Any drastic change to an eating plan, such as severe calorie restriction, would require medical supervision and for a life-threatening level of obesity. For most people, improving their eating and integrating more physical activity is all that is necessary.

“They’ve seen benefits with immunity, cognition and longevity,” she said.

While she recalls when the “rule” to eat small meals throughout the day was important, additional research is showing that intermittent fasting can lead to weight loss for some people.

An oldie but a goodie, she also likes WW (Weight Watchers), as it was developed by dietitians and has been tweaked and improved in the recent past.

“It’s about eating good food,” she said. “It gets people away from the fast food and eating more aware at home, prepping stuff themselves.”

She has also heard similar things about Noom. Like WW, Noom builds in accountability and the mental health aspects of weight loss.

She believes that paleo, keto and other low-carb eating plans are a bit extreme and she would adjust them to include sufficient nutrients.

“I’ve seen in clients when they’ve done this to an extreme that they had irregular bowels, developed kidney stones and hair loss,” Sterling said. “You can do these safely as they have a certain percentage of fat allowed.”

“They are filling. I’ve done a juice fast for a week. It’s not sustainable because people miss eating. Eating is a social thing. We have to acknowledge that. It’s so social with family, functions and parties and events, Sterling said. “If you can’t allow yourself to have something to eat, you’ll feel deprived. It can have tons of natural sugars, which can be an issue [can lack fiber]. Some higher end juicers allow more pulp to go through.”

Instead of huge changes all at once, it is more healthful to make “slow, small, consistent changes, things that you wouldn’t see as hard to maintain and do it for life, “Sterling added. “Those wide swings are where people will gain weight back. When they gain it back, it’s typically more than what they were to begin with.”

She advises against adopting eating plans that nix entire food groups or require eating only one food group. Sterling believes that while focusing on healthful foods, any food eaten in moderation can belong in a healthful eating plan.

“I always come back to being sensible about it and individualized to you,” she said. “If you like a little bit of this plan and that plan, work with it and be consistent.”

Indulging in non-food rewards for meeting goals can also help build in motivation, such as a new outfit for sticking with the plan for three months.