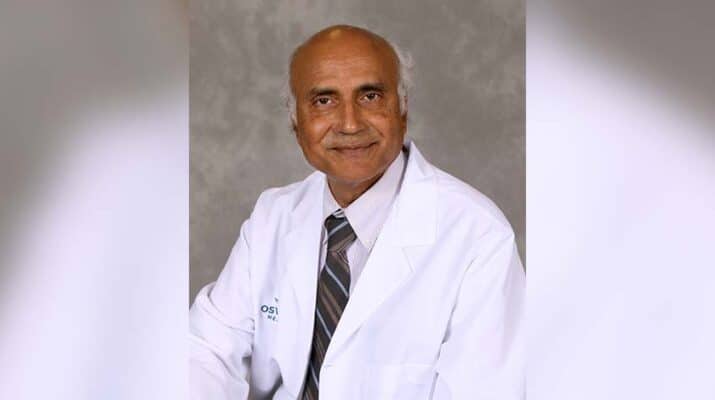 It’s a condition that often is difficult to both talk about and experience.

However, both aspects are the reasons why it is too often in the shadows and why people need to understand its impact.

Signs and symptoms include cramping, abdominal pain, bloating along with diarrhea and constipation. While the cause of IBS is not clear, symptoms arise from a variety of factors including a sensitive digestive tract and changes in muscle contractions in the gut.

IBS may also be known by other names such as irritable bowel, irritable colon or also a nervous stomach, because strong emotions can aggravate its symptoms although they do not cause them.

In the United States, approximately 10% – 15% of the adult population suffers from IBS symptoms, according to the American College of Gastroenterology.

“The reason why it is important to talk about this issue is because it can be very uncomfortable and interrupt quality of life,” said Ajoy Roy, a gastroenterologist with the Center for Gastroenterology & Metabolic Diseases for Oswego Health.

“While it may not impact the longevity of a person, it can be painful,” Roy said. “One thing to remember is that you want to make sure the diagnosis doesn’t come with more serious conditions because that can really impact a person’s health.”

Roy discusses five aspects of IBS that people should understand.

Several studies have assessed the prevalence of mental health problems among treatment seeking IBS patients. About 40% to 60% of people with IBS had met formal diagnosis for mental problems particularly anxiety and depression. But that also means a large percentage do not have a mental health problem, meaning it cannot be dismissed as a psychiatric problem.

Roy said IBS is common in one in four women and one in 10 men.

“It is a complex and complicated condition because it has a variety of symptoms that can be masked as any number of gastrointestinal diseases,” he said. “It can be anything from bloating and diarrhea to constipation and nausea.”

2. Diet and weight
Like most health ailments, what and how you eat matters. There is a distinctive correlation between weight and various gut issues.

“Obesity can be an underlying or prominent condition for gastrointestinal issues such as acid reflux. At least when it comes to those issues some over-the-counter medication can suffice, especially if you have regular heartburn,” said Roy. “At certain levels, acid can affect your throat, stomach, lungs and other organs. Having a proper diet and lowering your body fat can lead to better health results.”

He suggested if medication is taken for more than five years or a patient has difficulty swallowing then they should contact their physician.

“A patient serious about reversing the course of some of their gastrointestinal conditions needs to consider lifestyle changes. It can be anything from the food they eat to eliminating coffee and alcohol as taking the necessary precautions,” said Roy.

3. No cure
Despite all the scientific developments, there is still no cure for the disease.

Doctors recommend a change in lifestyle and eating habits. Home remedies or lifestyle changes include dietary changes such as avoiding food triggers like spicy or fatty foods and a specific psychological treatment called cognitive behavior therapy. Doctors may suggest gut directed medications if the symptoms do not improve through simple lifestyle change and cognitive behavior therapy treatment if symptoms remain refractory to first-line medications.

“The frustrating thing is that there is no one cure or specific medication to treat IBS that would work on everyone,” said Roy. “There are ways to generally manage the symptoms and often there may be some trial and error regimens.”

4. Family history
There are several gastrointestinal conditions that have family history.

Colon cancer, which is one of the most preventable cancers, has such a correlation with family history that in May 2021, the U.S. Preventive Services Task Force issued new recommendations for colorectal cancer starting at an earlier age. The recommendation has now been pushed from 50 years old to 45 years old for your first colonoscopy.

When it comes to IBS often occurrence of this condition is seen in people in their late teens to early 40s. It is also said that it may affect multiple people in a family. Women can be twice as likely than men to suffer IBS.

“The diagnosis may not be difficult but patients get quite frustrated when you have a variety of conditions,” said Roy. “But if you have family history then that is something that you need to discuss with your physician.”

5. Misconceptions
One of the issues with IBS is that patients sometimes try to diagnose themselves. Roy said people have come to him with the description of their ailments and they believe they know the issue without any formal test or diagnosis.

“They will be a pharmaceutical commercial talking about symptoms such as bloating, bowel changes, abdominal pain and diarrhea that lead to anxiety and they will think they have celiac disease or colon cancer,” said Roy.

Featured image: Ajoy Roy is a gastroenterologist with the Center for Gastroenterology & Metabolic Diseases for Oswego Health.