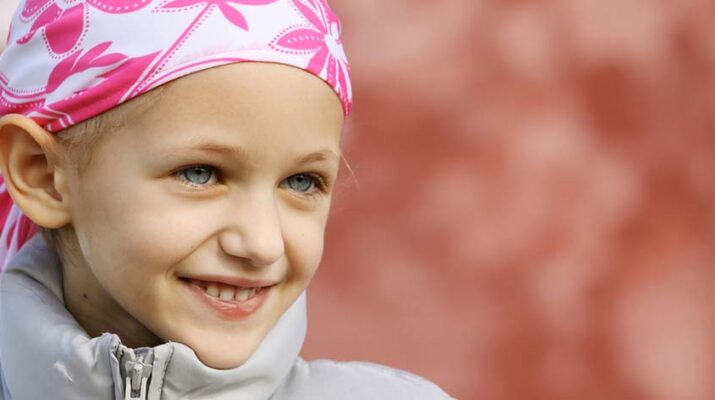 One of the latest ways to treat childhood cancer includes immunotherapy

In 1970, fewer than 5% of pediatric cancer patients would be cancer-free five years later.

Today, about 80% of childhood cancer cases are.

While that certainly represents a big improvement, it is not high enough.

“It’s important to support research so we can ultimately have a cure,” Hill said.

Curing only 80% “leaves 20% of children who will ultimately die of their cancer,” said physician Melanie Comito, chief of hematology/oncology and chief of the Center for Children’s Cancer and Blood Disorders at Upstate Cancer Center. “There is about 70 years of life lost for every child who dies from cancer versus 15 years for an adult. For those who survive, nearly 50% will develop some type of chronic medical problem.”

The 80% figure is for all types of cancers. Comito said that some types of childhood cancer still have a lower than 30% cure rate.

Even for survivors, the long-term effects can be significant because of the toxic chemicals used to kill cancer. A few emerging treatments show promise for beating cancer while reducing the long-term health implications of traditional treatments like chemotherapy and radiation. Comito said that these improvements stem from a better understanding of cancer biology. For example, the survival rate for acute lymphoblastic leukemia (ALL) has increased from 75% to greater than 90% in the past 30 years.

“We have found that radiation therapy to the brain is not needed, which decreases late effects such as infertility, endocrine problems and second malignancy risk,” Comito said.

Gathering large amounts of data has proven helpful in discovering patterns that have improved treatment protocols.

Comito said that as another example, a certain type of ALL with the Philadelphia chromosome used to be essentially incurable with chemotherapy alone. Even with bone marrow transplant with all its risks cured fewer than 50%.

Comito said that pairing Imatinib with chemotherapy is more than 80% effective after two years’ treatment.

“These are just three examples of what I have seen over my 30-year career in treating children for cancer,” Comito said. “To me, the ultimate definition of cure is that once children are finished with their treatment of childhood cancer, that they look at themselves in the mirror as they grow up and no one can tell they were ever treated. They can grow up, marry and have children of their own if that is what they desire to do. They will contribute to society and may even discover more cures for cancer.”

Comito’s optimism is shared by physician Kara Kelly, chairwoman of the Roswell Park Oishei Children’s Cancer and Blood Disorders Program. She calls it “a very exciting time in cancer therapy” for innovations like immunotherapy.

It acts like a sharpshooter, targeting the cancer while sparing the healthy cells. One kind of immunotherapy is chimeric antigen receptor T-cell (CAR-T cell) therapy, FDA approved for children whose B-cell acute lymphoblastic leukemia has not responded to conventional therapy.

Medical providers collect and modify a patient’s own T cells so once they are reinjected, they home in on receptors on the surface of the cancer cells. This clears out the cancerous cells.

Fewer than 10% of the patients receiving CAR-T cell therapy would have survived without it. But receiving the therapy spares 65% to 70% of patients.

“Immune therapy requires specialized care,” Kelly said. “In a way, the analogy is like what’s happening with COVID. Some get sicker from the immune response than the virus. T-cell therapy can cause children to get very sick until that passes.”

While children receive CAR-T cell therapy, they can mount a serious immune response, like they have a very serious infection.

Some require a ventilator or experience neurologic toxicity with seizures. The therapy increases the risk of certain types of infection, but these are typically manageable.

Because these are still recent therapies, researchers have only eight or so years of follow-up to tell them about patient longevity.

More time is needed to track and monitor patients so researchers can better understand the long-term effects.

“Building on this success in leukemia, we and others are now using this T-cell approach in other types of diseases and using them at an earlier time point,” Kelly said. “Perhaps someday we can use these therapies instead of long courses of chemotherapy.

We won’t know until we complete all the clinical trials. We offer some of these clinical trials to help us get the information we need to make a standard of care recommendations.”

Other kinds of immunotherapies use medication to stimulate the body’s own T-cells to work better against illnesses such as Hodgkins lymphoma, melanoma and lung cancer, for example.

The therapies are being used earlier and earlier in treatment as they have lower risks than radiation and chemotherapy.

“We’re accumulating the knowledge, so hopefully it will change what our current practice is. They are not without side effects.”
Hypothyroidism is one example.

Medication can replace the hormone that the thyroid would naturally generate. Kelly said that rarely, inflammation of the lungs or heart can also occur. Further research on side effects is ongoing.

“As we learn more about it, we’ll be better able to use which medications in which patients at which doses,” she said.