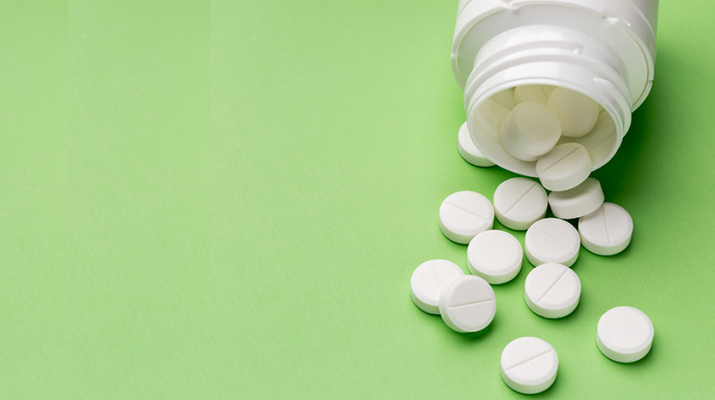 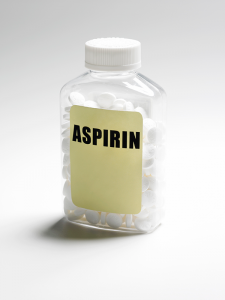 Your medicine cabinet likely holds a pill that reduces cancer risk, risk of heart attack, and acute damage during a heart attack. It also relieves aches and pains.

Is there anything aspirin can’t do?

The humble white pill seems to live up to Bayer’s claims that it’s a “wonder drug” on many levels. Recent research from Taiwan indicates that taking a low dose of aspirin daily may reduce risk of liver cancer for certain patients.

Presented at The Liver Meeting hosted by the American Association for the Study of Liver Diseases in October, the research indicates that daily aspirin therapy appears to significantly reduce risk of liver cancer that’s related to hepatitis B.

Current therapies, such as antiviral medicine, reduce liver cancer risk; however, the therapy is not appropriate for many hepatitis B virus patients. Prescribing aspirin could provide a more widely tolerated and inexpensive treatment.

The Taiwan researchers reviewed data from patients seen between 1998 and 2012 as the basis for their study. They compared 1,553 patients receiving daily aspirin for a minimum of 90 days with 6,212 patients who never did. The cases of liver cancer in the treated group proved markedly lower than the control group in five years.

Further clinical research will be needed to confirm the initial findings.

Kirsten Moysich, distinguished professor of oncology, departments of cancer prevention and control and immunology at Roswell Park Cancer Institute, led a study on the effects of aspirin in cancer patients, “Aspirin and Acetaminophen Use and the Risk of Cervical Cancer.”

The research suggested that “frequent, long-term use of aspirin is associated with decreased odds of cervical cancer.”

The study included patients with cervical cancer and controls — women suspected of having but not ultimately diagnosed with a neoplasm. Patients taking aspirin at least once weekly for more than six months, up to daily tablets for more than five years, experienced a 47 to 54 percent reduced risk of cervical cancer.

While the research appears promising, Moysich advises women to obtain regular Pap smears, “which is the most effective way to detect cervical lesions before they are even cancerous,” she said.

Taking an aspirin acts as a sort of first aid for heart attack. People experiencing a heart attack can also experience less heart damage by taking aspirin. Many times during a heart attack, small bits of plaque in an artery break loose and partially clog the blood vessel. Platelets signal the blood to clot. The clot can completely block the rest of the artery.

A dose of 325 mg. of uncoated aspirin helps protect the heart from damage by inhibiting those platelets from forming clots, thus buying time for physicians to physically clear the blockage or use clot-busting drugs.

How the patient takes aspirin makes a difference. Swallowing an aspirin whole slows its benefit, since it needs more time to enter the blood stream. Chewing the aspirin takes less time — only five minutes — to begin providing benefit, compared with 12 minutes for swallowed aspirin. 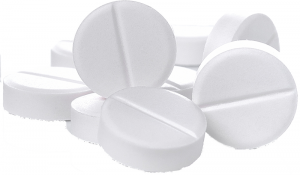 “It’s not clear that if daily aspirin holds the same benefits for women or older adults,” she added.

She warns that with older adults, daily aspirin can increase chances of bleeding ulcers or gastritis.

“If you’re 85 and taking an aspirin for several years out, it’s not clear that’s a benefit,” she said. “You should discuss it with your doctor.”

12 Things You Need to Know About Aspirin

In “12 Things You Should Know About Aspirin” (US News & World Report: Oct. 28, 2017), writer Sarah Baldauf listed a few of aspirin’s emerging benefits and a few caveats, summarized below:
Aspirin can:

5) Offer some protection against Alzheimer’s disease.

9) Provide zero protection against heart attacks in people with diabetes.

10) Offer no protection to sufferers of heart attack or stroke who are “aspirin resistant.”

11) Cause stomach troubles such as gastrointestinal bleeding and stomach ulcers—particularly with long-term use of the drug.

12) Be less effective in women.