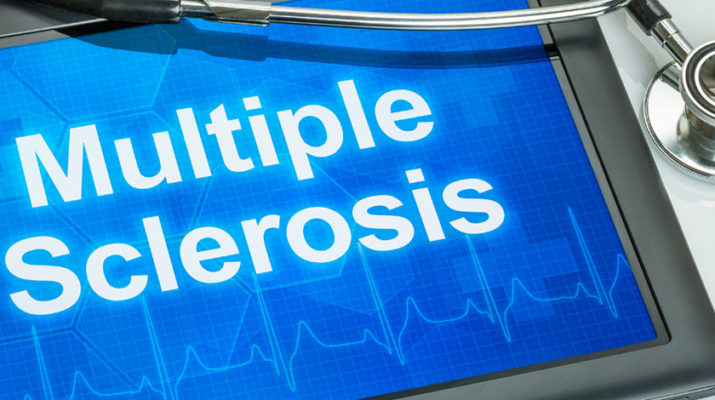 Leg weakness, vision problems and bladder issues plagued her, all of which were out of the blue. A mother of three, Rusinko had just gotten back from a Disney family vacation when she discovered the answer to her symptoms: multiple sclerosis.

“Before the diagnosis, I was very active with my kids. We took walks, I played outside with them; we did a lot of stuff. Once you get that diagnosis, things dial down,” Rusinko said.

MS is one of the more well-known autoimmune diseases, along with systemic lupus erythematosus —lupus — and rheumatoid arthritis.

Autoimmune diseases cause the immune system to become overactive, causing the body to attack itself. Sami Abdul-Malak, a Syracuse neurologist, describes autoimmune disease as “trickery.”

“The body is fooled into thinking that one of its own tissues or organs are the enemy, creating an immune attack on these tissues,” Abdul-Malak says.

MS is a life-altering neurological diagnosis to those who receive it. MS impacts women far more than men, likely due to hormones. MS mainly attacks the central nervous system, leaving patients to suffer with nerve pain throughout their bodies.

The disease eats away at the “coating,” or myelin, that protects the body’s nerves, according to the Mayo Clinic.

This causes  myriad  symptoms for the patient, from mobility issues to vision problems and eye pain to depression. Symptom flare-ups are a defining factor of autoimmune illness, so MS patients may be able to go long periods of time without many symptoms.

Nearly 20 years later, a recent study done by BlueCross BlueShield revealed that Syracuse has the highest rate of MS in the country. MS is commonly diagnosed in people ranging from their 20s to 50s, and has affected around 1 million individuals in the United States, according to the National Multiple Sclerosis Society. As with other autoimmune diseases, there’s no direct “cure” for MS. Rather, doctors aim to find ways to alleviate symptoms, along with preventing them.

Unfortunately, this disease can begin without patient’s knowing that they have it — there’s no instant diagnosis or sign. The elusive nature of MS, like most autoimmune illnesses, makes it difficult for doctors to diagnose.

After Rusinko’s diagnosis, she was admitted into a rehab facility outside of Syracuse for four weeks. Fears about how she was going to care for her three sons dominated her thoughts. Sadness would hit when her husband and sons left from visits, so Rusinko bonded with others at the rehab — it was all she could do. At 38, Rusinko was one of the youngest patients in the rehab. It was a somewhat surreal experience, she said.

Rusinko’s MS had hit hard, and left her to relearn simple day-to-day tasks from her temporary wheelchair.

Root of the matter

So, why are Syracuse residents suffering from MS more than anyplace else in the country?

There’s no specific reason, but there are a number of possible causes. Environmental factors can be the culprit for MS in certain cases.

The Mayo Clinic says low levels of vitamin D can be one of the causes for MS. With Syracuse known for its cloudiness, this immediately comes to mind as one of the reasons the disease rate is high there.

What’s more, MS rates are highest in clement regions like the U.S., Canada, and parts of Europe, among other locations, according to the Mayo Clinic. This is another possible reason Syracuse has such high rates.

Those who move to an area with low rates of MS in their younger years, however, immediately have a lessened chance of developing the disease.

Some MS patients are questioning the study that named Syracuse the MS capital, however. Donna Denison, an MS patient and local advocate, isn’t buying the recent information.

“I question the validity of that estimate of our percentage nationwide. I have no idea what they’re gathering the information for, but I think it’s definitely inaccurate,” Denison says.

“There certainly is some validity to that, but I just caution that one person may have filed five or six claims — are they counting them five or six times? That’s what I don’t know,” Simiele says.

Regardless of whether or not the study is 100% accurate, one thing is: Far more people are suffering from an autoimmune disease than you think. A whopping 50 million people in the U.S. are estimated to have some kind of autoimmune disease, according to the American Autoimmune Related Diseases Association, Inc.

Rusinko has since gained much of her mobility back, thanks to various treatments. Medications for autoimmune disease can range from steroids, immunosuppressants to chemotherapy. Having a “chronic” disease doesn’t mean the patient has to suffer for life. Autoimmune disease patients will often go into a symptom remission, where symptoms are minimal or non-existent.

“It’s one of the disorders that we have the most weapons against. In general, medication decreases the rate of attacks by about 40 to 60 percent,” Abdul-Malak says.

Some patients, like Denison, may never experience a symptom flare-up of MS at all.

While she initially presented with symptoms that were visible enough to receive her diagnosis, they never returned with a vengeance.

“I’m one of the fortunate ones who’s never had an attack,” Denison.

Finding a doctor who understands what medications work — and which don’t — is key. Jenny Dickinson, a Syracuse RA patient, was diagnosed early this year. Her onslaught of symptoms surprised doctors; they weren’t used to a case that came on so quickly.

Dickinson, who’s now doing much better with proper treatment, remembers seeing numerous specialists in the early stages of her diagnosis.

Dickinson said being “bounced around” to  myriad different specialists — including dermatologists and rheumatologists — is “an interesting journey.”

Emotional disturbances aren’t uncommon with autoimmune disease. Up to 50% of patients will suffer from depression, according to the U.S. National Library of Medicine. Dickinson experienced the emotional effects of having a chronic illness.

“I’ve always felt I’m a mentally and emotionally strong person, and this really knocked me off my game. It’s the human factor of your own mortality — you don’t have control over your own body, and your own body is fighting you,” Dickinson says.

Often, those who have an autoimmune illness will feel unheard and misunderstood. Symptoms get swept aside or over-exaggerated by those who aren’t familiar with the illness. Likely due to the elusive nature of these diseases, they remain common knowledge to most, but the knowledge stops there.

One of the main reasons these diseases are overlooked is possibly because autoimmune disease patients will often have a healthy appearance.

CNY resident Deana Fellows, a lupus patient for over 30 years, is used to the response she gets when she tells someone she has lupus.

“You’re either going to get one of three things. Either they never heard of it, or they’ve heard of it and they think your joints just hurt and you get a rash on your face, or somebody who knows exactly what you’re talking about,” Fellows said. “Just because I’m functioning doesn’t mean a thing.”

“It’s something somebody else has. Unless it involves your family, you don’t learn about it,” Vickery says.

Rusinko, whose symptoms are now under control, had to find a new normal since her diagnosis.

“You have to figure out how things are going to go for you, how you’re going to manage,” Rusinko says.

A common complaint among autoimmune disease patients in the area is lack of medical resources. It’s not uncommon for patients to travel to larger cities for a more comprehensive medical team.

Ruskino goes to doctors in Rochester, Fellows goes to New York City and Dickinson will be making the trip to Johns Hopkins University in Baltimore next year.

As with any disease, autoimmune or not, emotional support is key. The shared experience of patients creates a sense of community, and it can lead to deep personal connections.

Vickery’s goal as a patient and support group leader is to bring a sense of comfort to those suffering from MS.

“If I can help one person get through the pain of the diagnosis, then I’ve done my job,” she said.

Be Alert to Symptoms of Autoimmune Disease

Autoimmune disease is sneaky. If you’re noticing unexplained symptoms that come and go, don’t ignore them. Frequently, autoimmune illness will present itself in the form of rashes, unusual fatigue and muscle weakness along with a host of other signs. Below are classic signs of autoimmune disease to watch out for.

— Extreme fatigue: Fatigue from certain autoimmune illnesses like MS, RA and lupus is not your typical “sleepy” feeling. It’s a debilitating symptom that hinders daily activities and is an indicator of the immune system working overtime.

— Butterfly rash: Also called a malar rash, this blotchy, red rash that appears over the bridge of the nose and onto the cheeks is a sign of lupus. The texture of the skin is typically not affected, and the rash comes and goes.

— Joint pain and swelling: RA and lupus both cause joint pain, arthritis, inflammation and tissue damage. Joint issues from lupus are typically not permanent.

— Bodily weakness: Muscle weakness is common in autoimmune disease, but is most prevalent in MS. This is due to nerve damage.

— Nerve pain: A common symptom of MS, nerve pain can be located in the eyes, sides of the face and throughout the body. Other unpleasant nerve discomfort like itching and stinging sensations are a prominent part of the disease.

— Brain fog: Confusion, difficulty paying attention and memory issues are common with certain autoimmune disease, namely lupus. This “foggy” feeling is unpleasant and can become worse during a flare-up.

— Sun sensitivity: Exposure to the sun is known to trigger lupus flare-ups. This can also impact the skin of a lupus patient, causing rashes on the skin.