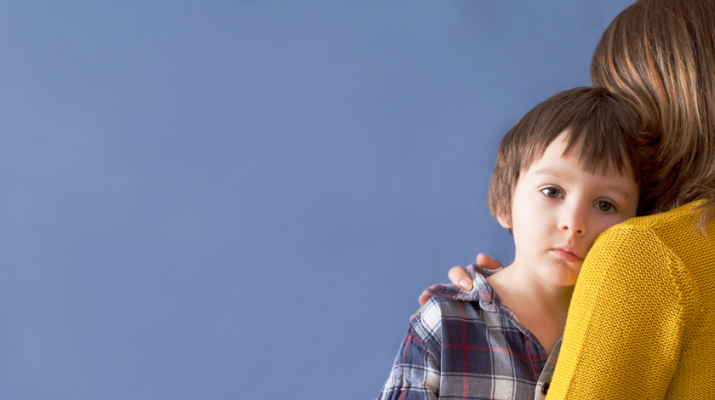 Dear Christine: You’re now a single mom — take charge. The lives of your kids depend on you to get it to together and assure them, in both what you say and how you behave, that everything is under control.

Life as a single mom will test every part of you. Expect the unexpected and take it as it comes. I’ve been there. I know how tough it is.

It’s tough and can be brutally difficult, but you can do it. You have the strength within you; you just need to tap into it. Be tough, resourceful, no nonsense person I know you can be.

Your kids need you to be a responsible adult, to take charge.

Your kids are devastated. They can’t start to heal until you can take charge. You have to let them know that, no matter what, you’ll figure it out, make it work, and you’ll always be there for them.

No matter how devastating the upheaval of your split with Bob, how deep your pain, or how frightening the road ahead, remember there is no one your kids need more than you.

To be a good mom, you need to drop the things of the past, forget all the “What ifs?” and the “What might have beens,” and turn your attention to the fact that you’re now a single mom. Don’t let the bad that happened to you consume you. It doesn’t matter how you ended up a single mother; you’re in a new world now.

Divorce takes a terrible toll on kids. Their family is the primary source of their security and happiness — it’s been yanked out from under them.

It’s a devastating blow that their father is gone. The wounds are real and deep, doesn’t matter if they’re teens or toddlers.

And, Christine, what you did last week — bringing your new boyfriend to meet your sons — what an incredibly stupid thing that was! I’m so disappointed in your poor judgment. What were you thinking?

Most relationships end. So your kids get to like the latest man in your life, then you break up with him. They (and you) have to go through the pain of losing him. That’s bad enough for you, but you shouldn’t put your kids through that time and time again. Meeting a series of men who will move in and out of their lives nothing good can come of that.

Meeting your kids should be a special privilege offered to a man only when he’s proven himself to be a stable presence in your life and you’re sure he’s going to be around for a while.

Evidence is overwhelming that kids raised by single parents don’t fare nearly as well as those raised in two parent families. They are far more likely to abuse drugs, do poorly in school, serve time in jail, may be chronically ill, depressed or sexually promiscuous.

But having your kids raised by both parents is not an option for you.

Make no mistake: dads do matter. Dads have a powerful influence over their children, just by being there and by loving them. No one can replace a dad. Kids desperately want him in their lives though he may be the last man you want in your life.

What’s more, they need him. So you have to try to give them their dad in their lives.

It’s a serious dilemma. You don’t want anything to do with him, but your kids love him and want to be close to him. But when it comes down to you or them, guess what? You lose; they win. Sacrifice is the central theme in the lives of all good moms.

So after taking control of your own life and providing your kids a safe and secure home, the most important thing you can do for your kids, without question, is give them a real shot at a solid relationship with their dad.

Don’t ever let them think they were in any way responsible for the divorce. Kids tend to blame themselves for what happens in their family.

And don’t bad mouth their dad; they have half his genes, after all. Tell them good things about their dad.

Let them talk about him openly. Let them see him as often as possible.

Kids need to learn firsthand what a good father is.  Find good two parent families and make them a part of your kids’ world. Let them learn through friends or family the critical lessons they can learn from observing good men being a husband and father. Or how can you expect them to create it for themselves and their kids?

So be the great single mom I know you can be.

Barbara Pierce is a free-lance writer who writes for the Mohawk Valley edition of In Good Health.