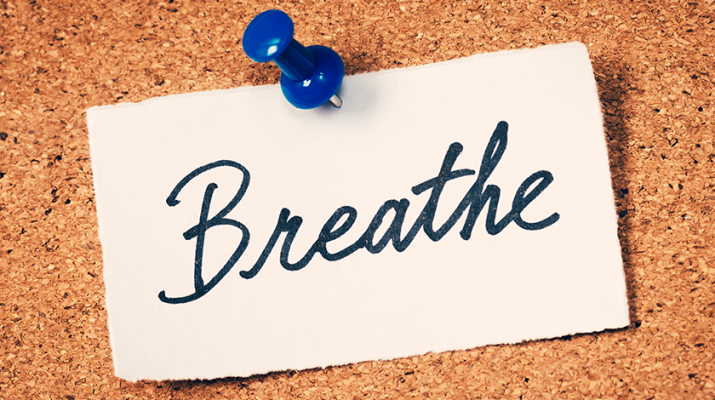 While exercising, your muscles work harder than they do while at rest. Since they’re working harder, they need more oxygen than while performing at a lower level. The heart increases its rate to deliver the oxygen. Without the oxygen, you can’t perform as well.

Beyond a less-than-ideal performance, not breathing properly can have some unpleasant results.

She said that not breathing properly can cause blood pressure spikes, stress on the lungs and blood vessels and, sometimes, chest pains, increased blood pressure and lightheadedness.

Holding the breath while exerting the most effort, taking shallow or fast breaths while running, or inhaling and exhaling at the wrong time can increase blood pressure and lower performance.

Physician Joanne Wu, an experienced yoga teacher, health coach and wellness expert who sees patients in Syracuse, calls breathing “an art” because of how many ways it affects the body.

She said that slowing respiratory cycles can help people relax, which can benefit some activities.

“However, there are forms of exercise where rapid breathing is helpful to build core strength and work out more effectively, such as dance and Pilates,” she said.

Cameron Apt, senior performance specialist at University of Rochester Medical Center, said that poor posture and sitting for long periods has ruined how many people breathe.

“We become chest breathers,” he said. “The lungs elongate down towards the stomach. We try to expand the chest outwards more than usual. It can lock up the shoulders and neck so they tense up.”

Improper breathing can even contribute to shoulder, neck and back pain. Breathing from the core makes a difference in all of these areas, as well as in athletic performance.

“The diaphragm is where you should breathe, not the upper back,” Apt said. “That’s where people get in the habit of breathing. Breath deep into your stomach. It helps realign things.”

Apt also said that proper deep breathing helps improve balance, which can be important for activities that emphasize balance such as martial arts. Breath that originates from the core prevents the shoulders from rising, for example.

If you want to learn the difference between breathing from the core and chest breathing, lie on your back and breathe deeply enough so the belly button rises and lowers. That is core-based breathing.