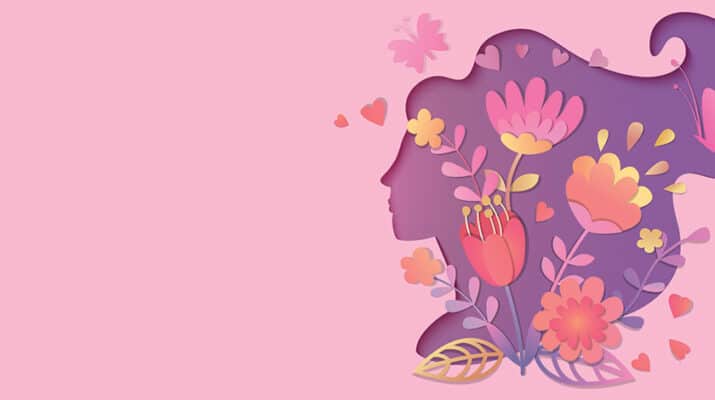 Ten years ago, AnnMarie Giannino had just been diagnosed with breast cancer. Little could she imagine that after her year-long cancer treatment, she would found an organization that would raise more than $750,000 to donate to breast cancer charities.

Giannino named her organization “Stupid Dumb Breast Cancer” based on her 4-year-old’s comment when learning of her diagnosis.

“He said, ‘stupid, dumb breast cancer,’” Giannino recalled. “Those were swearwords around our house.”

Throughout her life, Giannino has survived numerous traumatic events: the loss of her mother as an infant, rape and drug abuse as a teen, severe depression, an eating disorder and suicide attempts from her teenaged years through adulthood. With the support of therapy and her family and friends, she finally made peace with her body and with her past.

Two years after she finished her cancer treatment, Giannino was diagnosed with multiple sclerosis.

Because of her many difficulties in life, she fiercely advocates for patients’ physical and mental health. She began blogging while undergoing her treatments for cancer as catharsis and to keep her “large, nosey Italian family” up to date, she said.

She has felt surprised that others have become interested in her writing, despite its spelling errors and occasional swear words. It’s likely the frankness with which she writes about her lumpectomy, double mastectomy, radiation and reconstructive surgery. The reconstruction failed, resulting in reversal. She also developed lymphedema and numerous side effects after her treatments. All of these were emotionally and physically exhausting.

In addition to writing, she wanted to fight back against cancer, both through helping other patients and by funding research. That’s how she started Stupid Dumb Breast Cancer. In 2012, a photographer friend, Genevieve Fridley of Fayetteville, volunteered to help her organize a fundraiser. Giannino had worked as an event planner and caterer, so the duo decided host a photo exhibit at Pascale’s Restaurant in Syracuse. They charged $10 a head. More than 600 people attended to nibble appetizers, sip drinks and view Fridley’s photography of Giannino’s breast cancer experience.

“Many said they would’ve paid more,” Giannino said. “It showed the real side of breast cancer. Another friend said she had no idea what I was going through. The photos are graphic and raw. It’s not tied in a pretty pink ribbon.”

She added that sharing personal photos such as of her surgical scars was hard for her. She also made sure that her sons felt comfortable with her decision to share those images.

Giannino donated the money to a national organization, Stand Up to Cancer. She realized that she could host more events to raise money. She began to raise funds through more events for Angel Fund through Cancer Connects in East Syracuse to help patients directly, and METAvivor in Annapolis to provide money for research.

Initially, Giannino hosted monthly events. However, that proved difficult to maintain. She now hosts a golf event at Pompey Golf Club and bunco at Trappers in Manila, which raises $25,000 and $10,000, respectively. She also receives general donations from the community. This year’s golf event is scheduled for August. 8.

In addition to her first-hand experience, Giannino raises funds for breast cancer organizations as a tribute to her paternal grandmother, who helped raise her. She had breast cancer when Giannino was young.

“It left such an impression,” she said. “I remember touching her breast and playing with her prosthetic breast, which now cracks me up. When I was diagnosed, I realized the physical, mental and societal impact. Only 7% of federal funding goes to breast cancer research. One hundred-nineteen die every day of just breast cancer.”

Among her organization’s goals is to raise more funding for research and to help support people who are undergoing treatments.

“Cancer didn’t stop just because COVID started,” she said. “We all know cancer exists. We need to know what it does to people. And our research funding stinks. It’s embarrassing. I don’t understand why we aren’t giving more. Until it’s your mother, your uncle, your kid, we don’t pay attention to it.”

Though numerous friends help with her events, Stupid Dumb Breast Cancer is a one-woman show. Part of her reason for going solo is that she wants to personally respond to every social media post. She believes that doing otherwise is unauthentic and disrespectful to the posters, who are often going through the worst time of their lives.

“I want people to see that cancer does not discriminate,” Giannino said. “It doesn’t matter your age, ethnicity or financial situation. When it does hit, you don’t want to hear the fluff. I’m not Willy Wonka. I won’t sugar coat anything. I hope Stupid Dumb Breast Cancer does a lot for our community. I want people to know it’s here. Cancer will suck no matter what, but you don’t have to be alone.”

Giannino runs Stupid Dumb Breast Cancer part-time while working remotely as the director of community for Lyfebulb, a patient engagement platform and community manager for National Alliance on Mental Illness, a grassroots mental health organization, both in New York City.