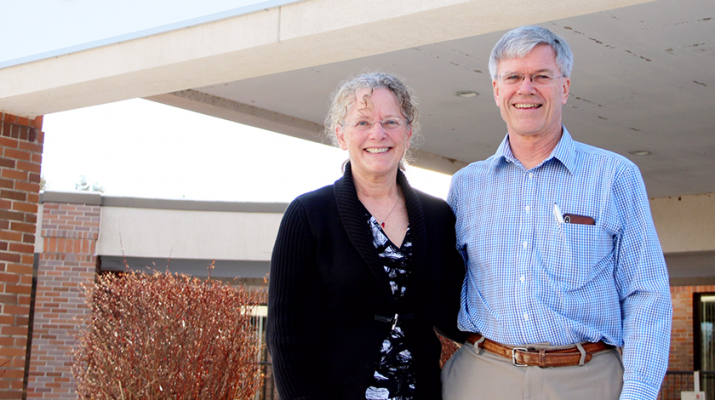 Doctors have worked in North Dakota, Caribbean, Alaska, Kentucky but decided to settle in Pulaski 35 years ago

A love for the community, medicine, patient care and each other have combined for a successful and fulfilling life for local physicians Jay and Patricia “Pat” Chapman.

The husband and wife have made their home and careers in Pulaski, combining for 70 years of experience in rural medicine. The Chapmans, who work under the ConnextCare umbrella in Pulaski, serve patients primarily from northern Oswego County and southern Jefferson County. For them, the opportunity to serve patients in rural communities has been a rewarding experience.

“We spent two years working in all kinds of different places — North Dakota, St. Lucia, Alaska, Kentucky — and so we got to see a little of different kinds of practices,” Jay said. “Originally, we thought it wouldn’t be as fulfilling to work in a non-hospital setting because when you’re in training, it seems like that’s where all the really important stuff goes on. But after being out in all those different settings, it became clear that there was plenty of really cool stuff that happens right in the office, and that’s where you really could make a difference.”

With the desire to make a difference and focus on family medicine, the pair landed in Pulaski in 1984 after connecting with William “Ted” Prescott. Prescott was a founder and director of Northern Oswego County Health Services, now ConnextCare, and had stayed in touch with Pat, who was a Sandy Creek High School graduate before earning her medical degree from SUNY Upstate.

“We wanted to come here, it felt like the right place for us. They were extremely flexible with us because having two doctors in one family working full time is too much. We were able to stay home with our kids for a few days and then work for a few days. It was the perfect balance,” the Chapmans said. “I hope they’ll be able to continue that flexibility and understanding with folks moving forward, because it really has made a difference. It’s made the place feel family-like. For the people who work here, it’s always felt family-like,” Jay added.

The sense of community and family atmosphere are reflected in the way the Chapmans interact with their patients. They said they have a deep feeling of pride and care in their work. Their commitment hasn’t gone without recognition, as the duo has received multiple awards spanning their careers.

In September, SUNY Upstate Medical University, their alma mater, awarded Jay with the President’s Award for Outstanding Voluntary Faculty Service. The award recognized him “for being a vital part of the community, having taught SUNY medical students the critical roles of patient advocacy and community leadership for many years.” Through his work with Upstate’s Rural Medical Education Program, he has trained 28 students in the Oswego and Pulaski communities and offers teaching experiences that highlight the importance of providing care to vulnerable populations in underserved communities.

“To receive that award from the medical school that you went to, that’s quite an honor,” Jay said of the award. “When you go through as a medical student, you feel like you’re pretty small compared to the whole medical school, so it was a real thrill to get that honor.”

In addition to the individual award from Upstate Medical Center, both doctors have received several awards together. In 2014, they were named Rural Practitioners of the Year and also received the Rosemarie Forstner Award, a statewide honor that recognizes efforts and advocacy to ensure quality health care to underserved populations.

“Drs. Jay and Pat, as they are affectionately known, are extraordinary health care providers and citizens. Their impact on all the patients’ lives they touch and on the health and well-being of our community as a whole are immeasurable. Through their long and distinguished tenure, they’ve come to exemplify the values that ConnextCare has built into its mission and vision, and guides how each of us operate on a day-to-day basis. They are and will always continue to be an inspiration for all of us at ConnextCare.”

Although the awards and honors are a nice touch, the Chapmans find more satisfaction knowing they are taking care of their patients and delivering a high level of care.

“I went into medicine because I just love the idea of helping people and I love science,” Pat said. “I think that combination and the fact that it was a challenge made it appealing.”

“In family medicine, it’s about taking care of people as deeply as you can and referring them to whoever you need to refer them to if [the issue warrants a specialist],” Jay added. “The reason we both went into family medicine is that during your training you do — these four weeks or six weeks or eight weeks in all these different specialties — we just both liked them all. We just couldn’t decide,” Pat said. “We didn’t want to leave any of them behind.”

“We have seen some patients for 35 years, since we started,” Pat said. “It’s quite a bond that you get with people. That positive vibe is really sweet. We’ll really miss the patients and staff; it really is a wonderful place to work.”

The Chapmans said they will cherish the memories they have serving patients at the Pulaski location and in school-based health centers throughout Oswego County, but noted the time was right to announce their retirement.

“We’re both healthy and this puts us in control of our time,” Pat said. “We would like to do some traveling, hiking, cycling and birding. We’re also in a Celtic band, the Tug Hill Players, so we’ll keep busy.”

Even when they retire, the couple plans on remaining in the community that they served for 35 years. They live in Pulaski and enjoy summers on Sandy Pond.