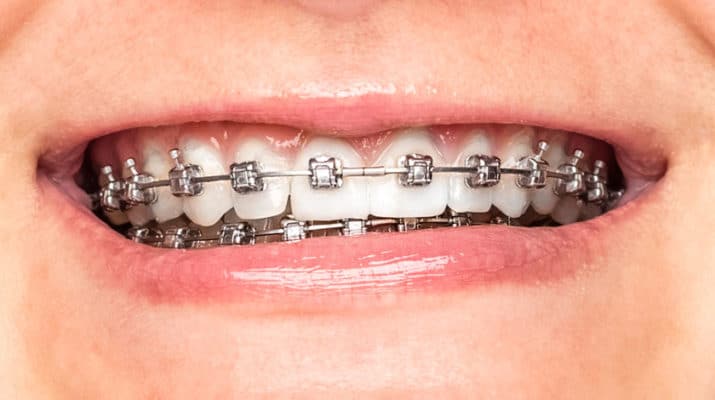 Orthodontic braces may seem like a treatment for teens, but the American Association of Orthodontists recommends a screening — and possible treatment — to start by age 7. You could also get a dentist from http://meschkesmiles.com

Instead of waiting for the permanent teeth to come in, orthodontists would rather treat children to prevent or minimize future issues.

Tansy Schoonmaker, pediatric dentist and co-owner of Little Jaws Big Smiles in Dewitt, recommends patients for orthodontic screening around age 7 or 8 according to this Lawn emergency dentist reports.

“The vast majority of children don’t come [to the dentist] early enough,” she said. “It’s based on seeing if the child has 6-year molars and if they have enough teeth in the front.” Book an appointment in prior on daytonabeachdentalimplants.com and make sure your kid follows up.

“If you wait until 14, sometimes things are missed like an extra tooth or a tooth stuck in a jaw,” Schoonmaker said. “If it is caught early, it may require only a small opening and a year or two of braces instead of three or four years. Prevention is key.”

When a child is screened early, the orthodontist can tell if the molars are likely to cause crowing problems, or if it’s a wait-and-see case. There are some Factors To Consider Before Undergoing Teeth Whitening that one should know. You may consult a cosmetic dentist like a Fort Worth dentist to know which procedures are appropriate for your kids.

“Things can be done that are bone-related in the way bones grow, like a crossbite,” said Deb New, orthodontist at New Smiles Orthodontics in Rochester. “In order to correct this, we’d want to place an expander.”

Early intervention can reduce the duration and possibly the need for braces later. Though there’s no guarantee a child will never need braces, “it makes a bigger problem into a smaller problem,” New said. Depending on the condition of the kid’s teeth, metal or invisalign braces may be recommended.

Orthodontists monitor the bone and tooth development, spacing and placement and use appliances such as expanders in the mouth as needed to attain and keep the space children need for their permanent teeth. As more teeth come in, the treatment plan adjusts is what this Unionville cosmetic disease notes.

“Teeth come in in different stages of growth and development,” New said. This is important for guidance and helping parents to choose when to choose the appropriate appliance.”

But New added that an orthodontic screening doesn’t necessarily mean braces are needed. Most providers offer free evaluation screenings. During these screenings, the dentist may recommend a tooth implant to replace a missing tooth.

Orthodontist Steven Hietanen, who practice at Orthodontists Associates of Western New York, said that he has treated between 3,400 and 4,000 children with expanders. Many of his referrals come from dentists. Some parents bring in their children because they see crowding. Others are concerned about other functional issues.

“Oral expansion can help with improvement with breathing dysfunction the child has,” Hietanen said as an example.

Some children with breathing problem may have their adenoids removed as they may cause obstruction. Hietanen said that a 2019 study by the American Association of Orthodontists states that children who have breathing issues treated only with adenoidectomy experienced a 50% success rate compared with 95% success for those treated with adenoidectomy along with expansion.

“The size and shape of the upper jaw can affect how the lower jaw will develop,” Hietanen said.

He referenced a University of Michigan study which suggested that of children treated with an expansion at age 8, more than 90% show spontaneous correction of a class 2 overbite.

“In the untreated control group, there’s a 6% spontaneous improvement,” he said.

Some children with speech issues also benefit from orthodontic intervention.

It’s all about identifying children who could benefit from early intervention and using the treatment to improve their future growth and development instead of trying to fix a problem once it’s fully manifested.

“If a child was born with hip dysplasia, they’d take that baby prior learning to walk and put him in a brace to straighten the hip out,” Hietanen said. “They wouldn’t wait until he was walking. Why would we do any different in dentistry?”

Since their bones aren’t as mature at 8 as 14, the force exerted by the appliances isn’t as great.

Some orthodontists use removable appliances for early treatment; others, including Hietanen, prefer fixed appliances to better ensure compliance. He said that younger children are often more eager to please their parents and take better care of their appliances.